by Maryna Hritsyshyna
Sayenko Kharenko
Your LinkedIn Connections
with the authors 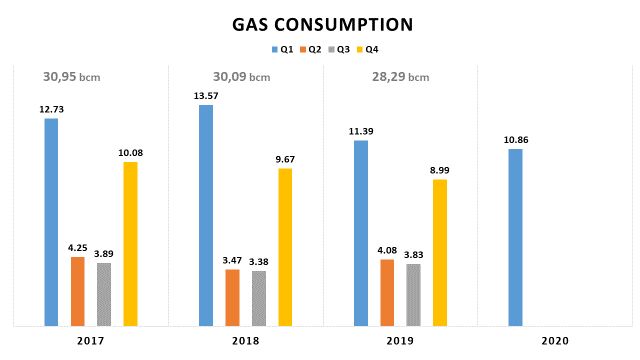 The natural gas consumption in Ukraine is different during the year due to seasonal fluctuations. The demand of Q1 of 2020 was covered by:

At the same time, the analysis of the last years depict the decrease of the general consumption of gas in Ukraine.

According to the regular Reports of the Ministry of energy of Ukraine as to the state of development of the fuel and energy complex of Ukraine:

The main reasons for decrease of the gas consumption are:

Furthermore, COVID-19 pandemic has had the significant impact on gas consumption. According to the analysis of the International Energy Agency (IEA) regarding influence of COVID-19 on the gas market 2020, the expected fall of gas consumption in 2020 is 4 %. 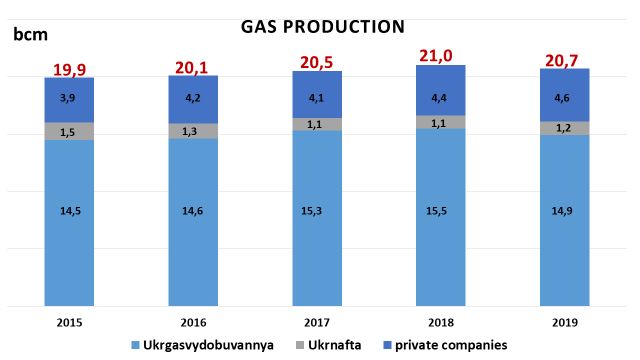 The following are the main gas producers in Ukraine

Ukrgasvydobuvannya belongs to Naftogaz group. In 2019, this company produced 70.9 % of all natural gas produced in Ukraine, including the gas for production and technological costs in the volume 1,3 bcm.

In 2019, Chornomornaftogaz produced 8.9 million m3 of gas, which is less than in 2018 (10.3 million m3). The company is developing one field - Strelkove. The natural gas produced by Chornomornaftogaz is used for the needs of the city of Genichesk in the Kherson region.

According to the Provisions on Imposing Special Obligations on Natural Gas Market Entities to Ensure General Public Interests in the Process of Functioning of the Natural Gas Market, Ukrgasvydobuvannya and Chornomornaftogaz shall sell all produced natural gas to Naftogaz Ukraine:

According to the BP Statistical Review of World Energy 2020 (69th edition), Ukraine's total proved reserves at the end of 2019 are 1.1 trillion m3, which is the second largest in Europe after Norway.

Ukraine regularly holds tenders to involve investors in the field of gas production under the terms of the Production Sharing Agreements, as well as the auctions for the sale of special permits for subsoil use (including gas extraction). 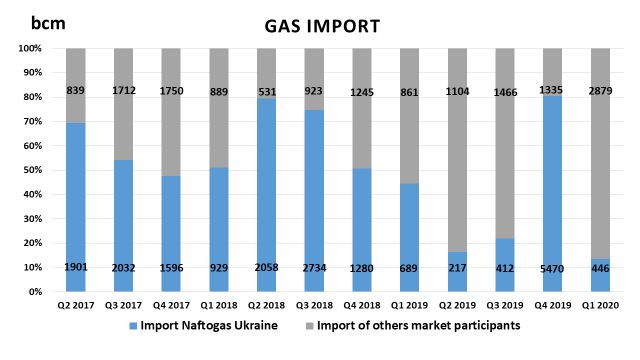 The gas import in Ukraine is carried out by Naftogas Ukraine and other wholesale buyers and sellers.

Results of Q1 2020 under the NEURC results of monitoring:

The number of importers in Q1 2020 increased compared to the previous quarter and amounted to 51 entities, which is the highest value since the beginning of 2017.

According to the operational data by LLC "GTS Operator of Ukraine" as to the first half of 2020: 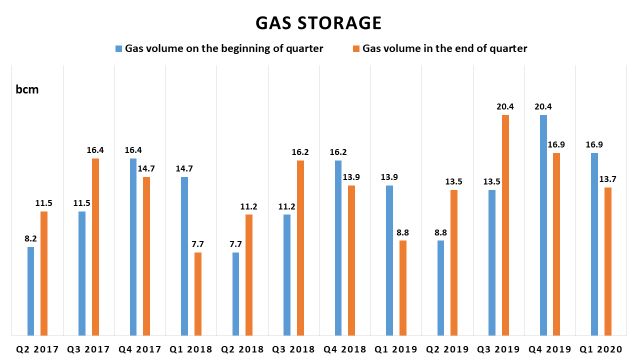 Ukraine has the most powerful network of underground gas storage facilities in Europe with the total capacity of 30 bcm. The capacity of Ukrainian gas storages is equal to a quarter of the EU's storage capacity.

The level of filling of the underground gas storage facilities as of the end of Q1 2020 was 44 % of the design capacity under the results of monitoring by the NEURC. However, it was the largest level for this period in comparison with Q1 of 2018 and 2019.

53 % of the total volume of injected natural gas in Q1 2020 was pumped into the customs warehouse of gas storage facilities.

Pursuant to Ukrtransgaz information, at the end of June 2020, more than 19,8 bcm of gas have been filled in the underground storage facilities, which is 47 % more than in 2019.

The average level of the underground storage facilities filling at the end of Q2 in Ukraine was 12,4 bcm. However, this year the gas volume at the end of Q2 was almost 60 % above average of the last ten years .

From 21 May 2020, Ukraine has introduced the tools to use storage of natural gas in the "Customs Warehouse" mode*, which is transported under the short haul mode**.

* The "Customs Warehouse" mode enables customers to store gas in the underground storage facilities in Ukraine for 1,095 days free from tax and customs duties.

** Short-haul mode from 1 January 2020 allows transportation of gas at the reduced rates as follows: