The Federal High Court, Lagos Division ("FHC" or the "Court"), recently decided in The Registered Trustees of Hotel Owners and Managers Association of Lagos (suing for itself and on behalf of all its members) v Attorney-General of Lagos State & Federal Inland Revenue Service1 ("Hotel Owners") that (i) the consumption tax (by whatever name called) imposed and chargeable by the Lagos State Government on goods and services supplied in hotels, restaurants, and event centers in the State, is valid and enforceable under Nigerian law, and (ii) the provision of the Value Added Tax

Synopsis of the Hotel Owners Case

The Plaintiffs in the suit contended in the main that having paid VAT to the Federal Government of Nigeria ("FGN") in respect of goods and services supplied in hotels, restaurants and event centers in Lagos State, they are not liable to pay any further consumption tax imposed by the Lagos State Government ("LASG"), and sought from the FHC the declaratory reliefs set out below, to wit;

Lagos State Government, acting through its Attorney General, joined issues with the Plaintiffs and sought an order of the Court invalidating the applicability of sections 1, 2, 4, 5 and 12 of the VAT Act (which impose tax on the supply of all taxable goods and services in Nigeria) to hotels, restaurants and event centres, which are domiciled and/or operate within the State.

Lagos State Government further argued that the aforementioned sections of the VAT Act are inconsistent and irreconcilable with the legislative powers conferred on the different tiers of Government reserved in sections 4(2), (4) and (7) of the Constitution of the Federal Republic of Nigeria 1999 (as amended) (the "Constitution"), and as such, are invalid, unconstitutional and unenforceable. 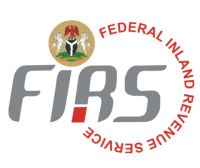 After hearing arguments, the FHC upheld and sustained, the contention of Lagos State Government, and consequently declared that the power to impose, charge and collect tax pertaining to the supply of goods and services consumed in hotels, restaurants and event centres is on the residual list in the Schedule to the Constitution, and as such, is within the legislative competence of the Lagos State House of Assembly.

Further, the Court pronounced that Lagos State Government is the only lawful and competent authority empowered to impose, charge and collect any tax pertaining to the supply of goods and services consumed in hotels, restaurants and event centres in the State; by virtue of the provisions of section 4(7) of the Constitution, the Taxes and Levies (Approved List for Collection) Act4 ("Approved Taxes Act"), the Taxes and Levies (Approved List for Collection) Act (Amendment) Order 2015 ("Approved Taxes Order"), and the Lagos Consumption Law. Consequent upon the foregoing, the Court made an order of perpetual injunction, restraining FIRS, its agents and privies from further assessing and collecting VAT in relation to goods and services supplied by the affected businesses.

The decision in Hotel Owners reinforces the constitutional delineation of legislative powers among the three tiers of Government in Nigeria (Federal, State and Local Governments), and seeks to abolish the burden of double taxation borne by taxpayers in relation to the supply of goods and services consumed in hotels, restaurants and event centres in Lagos State5. The decision, however, does not appear to have conclusively settled the controversy around the competence of State Houses of Assembly to legislate on issues and laws pertaining to imposition and collection of consumption taxes.

In our view, the decision in the Hotel Owners Case is restrictive in scope and may not qualify as a sweeping authority on the point, as it does not seem to cover consumption tax imposed on goods and services supplied outside hotels, restaurants and event centres. There is also the well-founded contention that Hotel Owners Case appears to have been decided in sharp contrast to the Supreme Court's pronouncements in Attorney-General of Lagos State v Eko Hotels Ltd. & anor.6 ("Eko Hotels").

Further, we hold the view that reference to, and reliance upon the Approved Taxes Act and the Approved Taxes Order as constituting in part, the basis for the decision in Hotel Owners appears misconceived, unfounded and unjustifiable; as the substance of both legislation does not expressly empower State Governments to impose consumption tax.

The Approved Taxes Act does not impose taxes but only prescribes taxies and levies approved as being chargeable and collectible by the three tiers of government. The listed taxes and levies become collectible after specific laws, which empower their imposition, chargeability and collection have been properly enacted into law by the competent authority so authorized to give effect to them. Thus, in determining the applicability of the Approved Taxes Act in respect of any of the taxes and levies listed thereunder, regard would be had to the character or treatment of the particular tax or levy under the Constitution.

From the provisions of section 4 of the Constitution, it is clear that taxation of goods and services supplied and consumed in hotels, restaurants and event centres neither reside on the Exclusive Legislative List nor the Concurrent Legislative List, and as such; cannot be validly legislated on by the National Assembly. This presupposes that only a State (or Local Government deriving power under a State) can validly legislate on such, being a matter on the residual list. Based on the foregoing, we are of the considered opinion that the FHC ought to have restricted itself, and anchored its reasoning in Hotel Owners on the provisions of the Constitution, without more, and to the exclusion of any other authority including the Approved Taxes Act and Approved Taxes Order.

We are aware that the FIRS has approached the Court of Appeal to challenge the FHC decision. Whilst an appeal will not necessarily operate to stay the effect of the judgement until it is effectively entered, and or an order is handed down in relation thereto, we believe that the FIRS may take steps incidental to truncating the efficacy of the judgement until the final determination of its appeal. It is also not inconceivable that the FIRS may continue to act in furtherance of imposing tax and collecting same in relation to the supply of goods and services, as it pertains to the Plaintiffs in Hotel Owners, in exercise of its powers under the VAT Act. Pertinent to state, that the FHC decision is a good judgement and shall apply as the authority on the subject until set aside by an appellate court.

5. Prior to the FHC decision in the Hotel Owners' case, Lagos State consumption tax was charged in addition to VAT

ARTICLE TAGS
Nigeria Media, Telecoms, IT, Entertainment Hotels & Hospitality Tax Sales Taxes: VAT, GST Tax Authorities
POPULAR ARTICLES ON: Tax from Nigeria
The Senate And The House Of Representatives Have Passed The Finance Bill 2022
Alliance Law Firm
The National Assembly passed the Finance Bill 2022 ("the Finance Bill") on 28 December 2022. The Finance Bill introduces certain amendments to existing tax laws including the Companies...
A New Order: Highlights On The Innovations Of The 2023 Finance Law In Cameroon
Centurion Law Group
On the 27th of December 2022, the president of the Republic of Cameroon promulgated Law No. 2022/020 of 27 December 2022 which is the Finance law for the year 2023.
Key Provisions In The Nigerian Finance Bill To Take Effect In 2023
Pavestones Legal
The Nigerian Finance Bill (the "Bill") which is to take effect in January 2023 is currently undergoing the legislative review and approval process at the house of representatives.
Brief Overview Of Company Income Tax In Nigeria
Resolution Law Firm
The Company Income Tax Act (CITA) is the principal law that regulates the taxation of companies in Nigeria.
What You Need To Know About Corporate Tax On Business Profits In The UAE Starting June 1, 2023
Al Rowaad Advocates & Legal Consultancy
The ministry of finance (MOF) of the United Arab Emirates has recently announced the introduction of a federal corporate tax in the UAE (the 'UAE Corporate Tax'). 'Corporate Tax'...
Administrative Penalties For Late Submission Of Tax Returns
Nexia SAB&T
Prior to this change, taxpayers were only liable for administrative penalties for late submission if they had two or more tax returns outstanding for these tax years.
FREE News Alerts
Sign Up for our free News Alerts - All the latest articles on your chosen topics condensed into a free bi-weekly email.
Register For News Alerts
Article Tags
Nigeria Media, Telecoms, IT, Entertainment Hotels & Hospitality Tax Sales Taxes: VAT, GST
Tax Authorities
More Tags
Similar Articles
Powered by mondaq AI
MATCH
86%
Federal High Court Upholds State Government's Powers To Collect Consumption Tax Andersen in Nigeria
85%
Validity Of Consumption Tax vis-ávis VAT In Nigeria Andersen in Nigeria
79%
The Constitutional Basis For The Imposition Of Consumption Taxes By Federal And State Governments In Nigeria: A Critical Analysis Of The Supreme Court's Decision In AG Lagos v Eko Hotels Ltd & Anor AELEX
72%
Federal High Court Suspends Lagos State Consumption Tax And Fiscalisation Laws PwC Nigeria
66%
The Law And Economic Implications Of Nigeria's Focus On Consumption Taxes S.P.A. Ajibade & Co.
Related Articles
Finance Acts And Other Tax Developments – Impact On Operations Of Foreign Companies In Nigeria Andersen in Nigeria
Applicability Of The Sunset Period To "Mature" Pioneer Status Industries KPMG Nigeria
Countdown To The January 31 Deadline For Filing 2023 Employer's Pay-As-You-Earn Tax Returns KPMG Nigeria
Tax Implications Of Disposal Of Shares In Nigeria Oake Legal
Driving Voluntary Tax Compliance Within The Nigerian Maritime Sector- A Case For Tax Morality Andersen in Nigeria
Mondaq Webinars
Considering the Nigerian Start-Up Act & The Opportunities for Tech
Oake Legal
A Guide for Business and Investors – The Sleeping Giant; Why is Nigeria the New Emerging Market for Global Business
Threshing Fields Law Practice
More Webinars
Comparative Guides
Aviation Finance
Corporate Governance
Dominance
Enforcement of Foreign Judgments
Insurance
More Guides
Mondaq Advice Centres
Global
Trademarks in SAARC Countries
More MACs
Upcoming Events
Mondaq Social Media