by Ishaya Amaza
AELEX
Your LinkedIn Connections
with the authors

In a bid to drastically cut down gas flaring and convert flared gas to economic use, the Federal Government of Nigeria (FGN) has launched the Nigerian Gas Flare Commercialization Programme (NGFCP). Since the start of commercial oil production in the country, the flaring of associated gas has become commonplace in Nigeria. This is because oil producers do not derive sufficient economic benefits from the utilisation or production of associated gas.

Despite recent efforts by the FGN to encourage the utilisation of natural gas for power generation and industrialisation, the World Bank's Global Gas Flaring Reduction Partnership has reported that Nigeria is the 7th highest gas flaring country in the world. About 800 million standard cubic feet (Mmscf) of gas is flared every day from approximately 144 gas flare points across Nigeria.

Furthermore, the Nigeria National Petroleum Corporation (NNPC) stated in its Monthly Financial and Operations Report for November 20171 that oil companies operating in the country flared a total of 301.69 billion standard cubic feet of gas between November 2016 and November 2017. Using the exchange rate of N360 to a dollar and the Domestic Supply Obligation (DSO) price of $1.50 per 1,000 Standard Cubic Feet (SCF) of gas, this translates to a loss of N162.912 billion.

Previous efforts by the FGN to curb incidences of gas flaring have yielded little fruit. The gas-flaring charges imposed by the Associated Gas Reinjection Act (AGRA) on oil producing companies are comparably negligible. To compound this issue, the Tax Appeal Tribunal has held2 that levies paid for flaring gas under the AGRA are tax deductible. The implication is that oil producing companies can flare as much gas as they want to, and deduct the levies they pay for flaring this gas from their taxable income.

To stem the tide of significant economic losses arising from gas flaring and the attendant environmental damage, the FGN introduced the NGFCP.

Under the NGFCP, the FGN shall exercise its ownership rights of all gas flared in Nigeria. Paragraph 35(b)(i) of the 1st Schedule to the Petroleum Act CAP P10, LFN 2004 provides that the Minister of Petroleum may, in the public interest, impose terms and conditions applying to any natural gas discovered, including the right of the FGN to take any associated gas that would have been flared either free of cost at the flare or at an agreed cost.

To this end, the FGN shall, under the NGFCP, grant licences to third parties (i.e. licensees) to access and collect such gas on behalf of the FGN from the flare points of oil producing companies. The licensees will then be required to use necessary technology to set up the facilities for the delivery and collection of gas at the flare points.

Under the NGFCP, all identified gas flare points are part of the programme and compliance with the programme will be a licence condition for the award and renewal of all Oil Mining Leases and Marginal Fields. 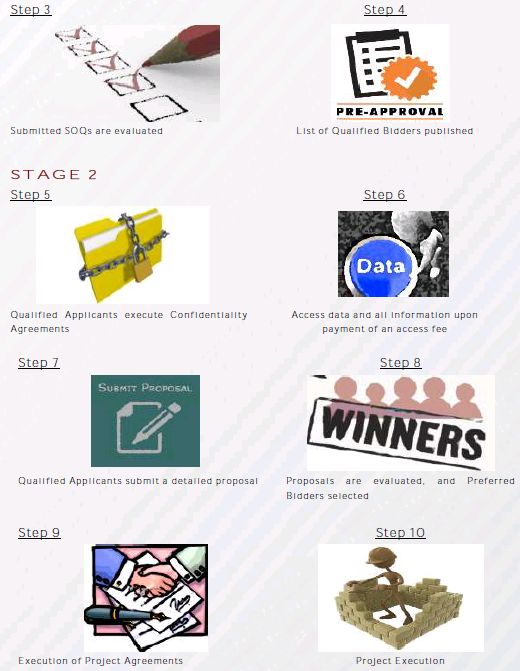 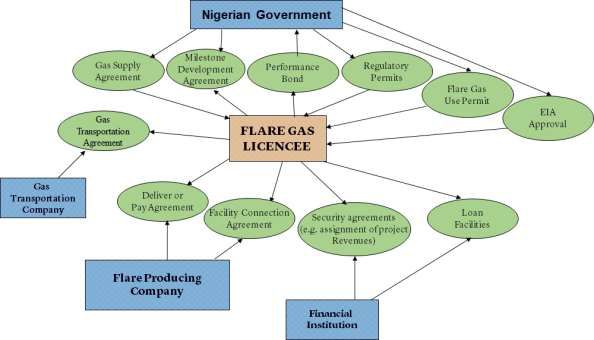 definite quantities governed by stiff take-or-pay provisions. This situation, in turn, has negatively affected the bankability of gas and power projects in Nigeria.

Thirdly, the implementation of the NGFCP is coming at a time when the Gas Flaring (Prohibition and Punishment) Bill has already passed 2nd reading in the Senate. The Bill, if passed into law, will prohibit the flaring of gas on both onshore and offshore oil fields, and non-compliance with its provisions could lead to the forfeiture of a licence or lease. The participation of exploration and production companies in the programme could ensure that they avoid falling foul of the provisions of this law.

Lastly, it is expected that the NGFCP could see the government attain its vision for zero gas flare by 2020 and live up to its environmental obligations under international agreements. An example of this is the FGN's goal to reduce Nigeria's carbon emissions by about 13 million tons of carbon dioxide (CO2) in furtherance of its undertaking under the Paris Agreement. It could also ensure the fulfilment of the government's domestic responsibilities to inhabitants of the Niger Delta region, who for years have decried the adverse environmental impacts of flared gas in the area.

While the FGN has stated that revenue generation is not an objective of the NGFCP, it cannot be overlooked that if the programme ensures a more stable supply of gas, it will enable the FGN to meet its goal of turning Nigeria into a gas-based industrial economy, as outlined in the National Gas Policy and the 2017 Power Sector Recovery Program.

A few questions arise concerning the successful implementation of the NGFCP. Firstly, the licensees will be required to enter into 'deliver-or-pay' agreements with the flare producers who will be contractually required to guarantee the production of specific quantities of gas and will be liable to pay the offtaker a compensation where the contracted volume is not met.

It is doubtful if Flare Gas Producers will be willing to undertake such an obligation. This is because the production of would-be flared gas is determined by the production of oil, which in turn is dictated by the operational and economic decisions of the oil-producing company. A framework that compels flare producers to deliver a certain quantity of flare gas where production of oil has been scaled down would be unhealthy for the industry and could discourage investment in the sector.

The question also raises a concern as to the rights of contractors under Production Sharing Contracts (PSCs) entered into with the NNPC. Most Nigerian PSCs3 provide that as a recompense for sourcing funds at interest and bearing the exploration, production and operational risks, contractors will be entitled to an economic interest in the development of oil and natural gas. This encumbrance could hamper the FGN's ability to licence investors to take flare gas from a field that has been developed under a production sharing arrangement unless the contractor is given a participating right of any income due to the FGN under the programme.

Another concern is if flare producers will be enthusiastic about licensees generating income on gas produced as a result of the oil companies' investment in the well. The lack of any pecuniary benefit accruing to them from the NGFCP may be a discouragement for oil companies who are critical stakeholders in the programme.

In spite of some the concerns identified in the commercial structure of the NGFCP, it is, without doubt, expected to have some beneficial impact. It is the author's view that some of these concerns could be remedied if the NGFCP adopts a commercial structure mutually advantageous to both flare gas offtakers and producers of associated gas. Successful utilisation of flare gas could yield tremendous environmental and economic benefits for the host communities in the Niger Delta region. It will also save the government the billions of dollars lost annually through flare of gas that could be put to commercial use.

If you are interested in getting more information about the NGFCP or want to know how you can participate in the opportunities presented by the programme, kindly get in touch with us through our email energy@aelex.com, and we will be happy to assist you.