by Stephanie Grieve , Brian Nathan , Mark Lawlor and Scott Wilson
Duncan Cotterill
Your LinkedIn Connections
with the authors
To print this article, all you need is to be registered or login on Mondaq.com.

The Health and Safety Reform Bill continues to progress. The Bill was introduced to Parliament on 10 March 2014 and had its first reading on 13 March 2014. It is now due to be considered by the Transport and Industrial Relations Committee. Importantly, the deadline for submissions on the Bill has recently been extended until 9 May 2014.

The Bill is described as an omnibus Bill that proposes reform of New Zealand's workplace health and safety system. The Bill seeks to replace the Health and Safety in Employment Act 1992 and the Machinery Act 1950. It is expected that the Bill will become law as the new Health and Safety at Work Act from 1 April 2015.

Duncan Cotterill is available to offer advice on the changes suggested in the Bill and how organisations and individuals can prepare for those changes.

In addition, Duncan Cotterill is making a submission to the Committee and is available to assist any individuals or groups who wish to make their own submission. 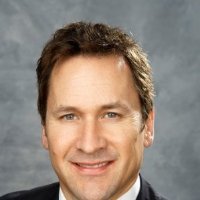