Spain: Give Peace A Chance 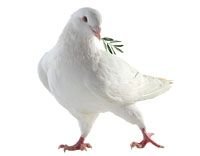 Law firms in Spain that survived the crisis have reasons to be cheerful, but they now face new challenges that could require a change in approach to leadership

While law firms in Spain that successfully navigated the crisis may be breathing a huge sigh of relief, they face a new set of challenges. Research conducted by global legal consultancy Redstone shows that firms currently have three key issues to address: firstly, the need to ensure their `key' lawyers are happy and motivated; secondly, the need to change their style of leadership and possibly change their leaders; and finally, they have to make difficult decisions about whether to focus on high-value work or lower value commoditised work, provided it is done efficiently and profitably.
Redstone's study analysed changes in the Spanish legal market between 2008 and 2015 using data from Spanish newspaper Expansión. The analysis focused on three key metrics – income per partner, number of partners and turnover. This data was used to plot different strategies that were adopted pre-crisis – whether it was "growth at all cost" or "quality work and profit first" – and then how the strategies changed. For some firms size became a proxy for growth strategy, while a higher income per partner reveals those firms more concerned with the quality, and presumably profitability, of work undertaken.
Key conclusions from the research include:

Redstone chairman Peter Cornell, previously head of Clifford Chance in Spain and the firm's former global managing partner, says: "Our surveys of Spain's general counsel in this period show the tables turning in their favour. Many said they had a wider range of firms hungry for work. Under increasing cost pressure and unable to perceive a quality difference between providers, they were able to drive down prices." But Cornell adds that general counsel were helped by the firms in this respect. "As a former lawyer, I see the temptation to reduce prices to win work," he says. Consequently, Redstone concludes, as many of those lower-fee agreements were not agreed under a short-term, emergency basis, it is unlikely the pricing issue – for standard-type work – will be quickly overcome.
With revenues falling rapidly, some law firms reduced lawyer numbers. Meanwhile, in andem, many firms also offered salary partners a place in the equity, neatly moving what were fixed salary costs into part of the profit share, with the additional benefit of developing a higher sense of ownership among those promoted. And, as part of the new selection for equity, it was no surprise that some firms took the opportunity to filter out poorer performers. As a result, the largest firms reduced headcount drastically.
So who fared best, and worst, during the crisis? The Redstone study highlights four different approaches adopted by law firms.

The Spanish elite
The biggest Spanish firms emerged stronger with Garrigues reporting revenue of more than €349 million in 2016, an 18 per cent increase on the 2008 total of €296 million.
Similarly, Cuatrecasas reported €269 million in revenues in 2016, up 12 per cent from €240 million in 2008. Meanwhile, Uría Menéndez reported revenue of €222m in 2016, an increase of 28 per cent on the 2008 figure of €174 million.All three firms can boast of being in a better position. Credit must be given to these firms for their resilience, and their ability to make tough decisions and adapt. The crisis demonstrated that the largest firms aren't necessarily the slowest moving, with the aforementioned 'Big Three' leading the way in terms of structure and approach, which have, in turn, been adopted by other firms.

New entrants
During the crisis, the former accountancy firms made significant progress, with their legal arms going from strength to strength, according to the study. PwC, EY, Deloitte and KPMG reported huge increases in revenue. For example, turnover at KPMG stood at €67 million in 2008 and by 2016 it had reached €103.8 million, despite challenging market conditions.
The impact of the rise of the 'Big Four' raises interesting questions – these firms have taken an opportunity to grow at low cost during the crisis years, making lateral hires from major firms, without the usual high investment required in training and development. The 'Big Four' now have the challenge of keeping their top hires within a business environment that will seem alien to many lawyers.

Global firms
The 'global elite' firms in Spain have fared well, likely due to their focus on "higher value" work, with the ability to project manage assignments, and costs, behind the scenes and still returning a much higher "income per lawyer" than that achieved by major Spanish firms. Clifford Chance and Linklaters achieved "income per partner" of €2.8 and €3.3 million in 2016 respectively, strikingly higher than that recorded by Garrigues and Cuatrecasas, both of which achieved between €1.1 and 1.2m. Among the locals, Uría Menéndez has the highest income per partner, reporting €1.6m last year.

Mid-market blues
The bottom-left of the bubble chart (see box) was the most crowded area pre-crisis, with the "mid-market" firms sharing a similar space. Some find themselves with difficulties, with neither the brand for the highest value work nor the infrastructure required to do standard work profitably. Noticeably, during this period some firms dug themselves out of this predicament - in particular, DLA Piper, which reported revenues of €30 million in 2016, compared to €17 million in 2008. Meanwhile, Pérez-Llorca is another firm experiencing strategic growth, achieving €1.27 million "income per partner" in 2016.

What happens next?
Post crisis, many lawyers in Madrid are, unsurprisingly, enjoying a brief "good to be alive feeling", but, according to Redstone, they now have a new set of priorities, which are as follows:

The good news for law firms is that, for higher value services, prices will be rising as transactions increase and lawyers get busy again. But prices for standard work will remain low. Firms need to do standard work profitably – for instance through the use of technology – or make difficult decisions about the type of work they should do going forward. 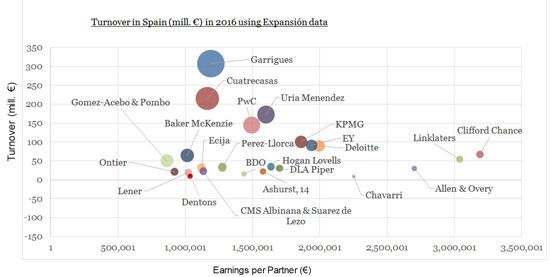 ARTICLE TAGS
Spain Law Department Performance Management
POPULAR ARTICLES ON: Law Department Performance from Spain
Die Funktionale Bestimmung Des Rechtsbegriffs „Geld" Durch Die Rechtsprechung
Mayer Brown
Der Rechtsbegriff „Geld" findet in verschiedenen Rechtsnormen des Straf-, Zivil- und Öffentlichen Rechts Verwendung. Eine einheitliche Auslegung erfolgt allerdings (zu Recht) nicht.
What Is A Power Of Attorney?
Michael Kyprianou Advocates & Legal Consultants
In our life there is sometimes a need to legally appoint another person or attorney to act on our behalf and in our name in private affairs, business or some legal matter. A Power of Attorney is the only way...
E-Agreements In Legal System And Its Legal Status
Kilinc Law & Consulting
As it is seen, it is required that two or more people mutually manifest their deceleration of intentions which must be consentaneous in order to generate legal effect.
Educating The Judges – Balancing Knowledge And Fairness
Shepherd and Wedderburn LLP
One of the challenges of dealing with large complex disputes (or even smaller disputes with technical complexity) is that the decision maker may have no understanding of the technical background
Suits You, Sir?
Leigh Day
In recent weeks, I have had cause to reflect on the peculiar demands on us as solicitors of delivering difficult or unwelcome advice to clients of all stripes.
Release Notes - 28 April 2020
Safecall
Transparency is something that you need to practice, and often it'll be hardest when it's most needed.
FREE News Alerts
Sign Up for our free News Alerts - All the latest articles on your chosen topics condensed into a free bi-weekly email.
Register For News Alerts
Article Tags
Spain Law Department Performance Management
Similar Articles
Powered by mondaq AI
MATCH
74%
Reshaping Your Firm Iberian Lawyer
Related Articles
Communications Between Attorneys And Clients: Privileges/Protections Roca Junyent Abogados
A Quarter Of General Counsel Considering Quitting Iberian Lawyer
Law Firms Should Help Clients, Not Put Up Obstacles Iberian Lawyer
‘Cross-Thinking' Is Key For Any Law Firm Iberian Lawyer
Spanish Law Firms Expecting Growth, But Less Optimistic About Economy Iberian Lawyer
Mondaq Webinars
Securitisation in Luxembourg – A Vibrant Market with a Flexible Toolbox
GSK Stockmann SA
Webinar Luxembourg Luxembourg
Arbitration is Common and Civil
OBLIN Attorneys at Law LLP
Webinar Wien Austria
More Webinars
Comparative Guides
Cartels
FinTech
International Arbitration
Merger Control
Mondaq Advice Centres
Global
Trademarks in SAARC Countries
Global
Investment Immigration
More MACs
Curated Content
A Framework For Examination Of Personal Devices Under The Turkish Competition Authority's New Guidelines – How It Converges With And Differs From The EU Practice
ELIG Gürkaynak Attorneys-at-Law
Digital Securities Business Is About To Bloom
Anderson Mori & Tomotsune
A Different Perspective To Employer`s Liability For Anti-Competitive Behaviors: Arçelik's Application For Leniency
ELIG Gürkaynak Attorneys-at-Law
Losing The Battle, Winning The War? – Ramifications Of The Newly Introduced Settlement Mechanism Under Turkish Competition Law
ELIG Gürkaynak Attorneys-at-Law
Upcoming Events
Mondaq Social Media