Like most professional investors, we diligently await the latest economic indicators – be it the jobs report, consumer spending data or PMI surveys – to provide insight as to where markets are headed. These indicators are, of course, meant to be reliable metrics enabling us to make an assessment of an economy's trajectory. For example, the overall financial health of a country might typically be determined by an analysis of GDP growth rates, unemployment numbers, industrial production and retail sales; whilst a purchasing power review might focus on trade volume trends and real interest rate differentials, based on prevailing expectations around inflation. A surprising data point can foster hours of discussion and debate, but before you entirely disengage with this edition of VFTD – and make a note to yourselves never to invite us to a dinner party – we do, on occasion, gain economic insights from discussing lipsticks, male underwear and Mars bars.

In the autumn of 2001, Leonard Lauder, of cosmetics giant Estée Lauder, drew attention to an 11 per cent rise in US lipstick sales following the September 11 attacks, which he attributed to consumers' desire for small luxuries during hard times. Since then, the number of lipsticks sold – the Lipstick Index - has been a much-cited statistic for gauging economic health. Disciples of the index have also drawn attention to a 25 per cent rise in American cosmetic sales during the Great Depression of the 1930s. Unfortunately, in recent years, it has been acknowledged lipstick sales have become an increasingly unreliable indicator; albeit supporters of the theory have switched their attention to the sales of foundation and nail varnish, in their quest for that 'magic make up metric'. 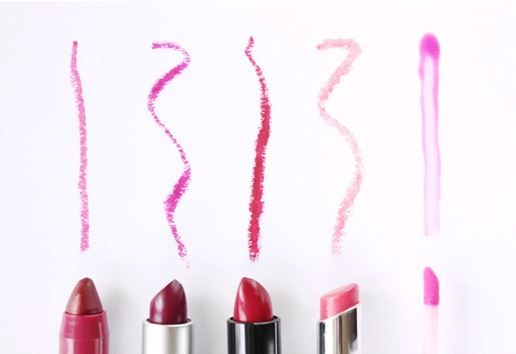 The volume of male underwear sales was a favourite indicator used by former US Federal Reserve chairman Alan Greenspan, for monitoring consumer confidence. A dip in sales suggested the US economy was in trouble. Why should this be? Followers believe men view underwear as an essential, but mundane, purchase and sales figures very rarely fluctuate; men don't spend more in this area when times are good, nor do they cut back when they start to feel the pinch. Therefore, when purchases of briefs or boxers start to slide, Greenspan took this as an indicator that men were making severe cuts to their outgoings, suggesting tough times ahead. Critics of this metric argue most men are reluctant to replace their stocks of undergarments regardless of their financial situation – moreover, a significant amount of male underwear is purchased by women. Therefore, it is a truer reflection of the latter's spending priorities, which may be very different to men – see Lipstick Index above.

Turning to Mars bars, for many of us this chocolate confectionary occupies a special place in our childhood memories, as we ran to the nearest corner shop to spend our pocket money. What we paid for the Mars bar, assuming it was your favoured treat, is a reliable indicator of two things; firstly, your age (!) and secondly, the subsequent rate of inflation or – more accurately - the change in your personal rate of inflation. Before delving a bit deeper into why the price of a Mars Bar might be a useful economic indicator, the invoking of childhood memories around treats did prompt us to run a summertime office survey around favourite sweets of our youth. The results were; 1. foam bananas, 2. drumsticks, 3. cola bottles, 4. Jazzies, 5. Refreshers, 6. Anglo Bubbly, 7. wine gums, 8. flying saucers (for all you Peter Kay fans), 9. chocolate limes and 10. the good old gobstopper. 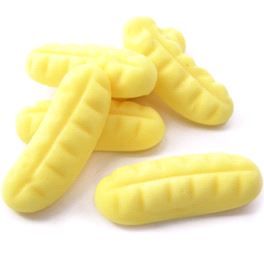 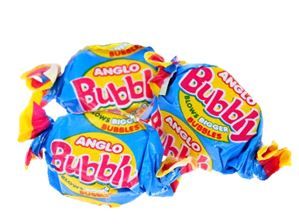 Unfortunately, data on the changing price of our favourite sweets has not been easy to find, however, the historic price paid for Mars bars has been a keenly observed and constantly recorded metric. It has, therefore, become a standard default measure of inflation. The price of a Mars bar in 1970 was 3 pence and in 1980 it was 15 pence. We both remember paying single digit pence for one and the first day we got no change from the shiny new silver 10 pence piece we handed over is, for one of us at least, as clear today as if it were yesterday.

With a Mars bar typically costing 65 pence today, we can easily calibrate inflation through time – or can we? There are a number of globally traded commodities making up the ingredients of this chocolate bar – cocoa and sugar, for example – and cost-push inflation can be calculated. However, many will be aware a second order derivative of inflation, namely shrinkflation (think Toblerone) – is reflected in that price. Mars bars, like tubes of toothpaste and bars of soap, have become smaller and lighter over time, as manufacturers have sought to mask inflationary pressures by controlling costs and increasing margins.

In common with our annual August edition of VFTD, we have taken a light-hearted approach to our subject matter, but the topic of inflation is a very serious one. We do not imagine the price of Mars bars is an agenda item at Jackson Hole - the forthcoming annual get together of central bankers - but inflation, or the lack of it, will be. Despite coordinated efforts across the globe, price rises remain elusive and there is an increasing focus on why this should be the case. Moreover, persistent low inflation and high corporate profit margins are unusual economic conditions and may help explain why US equities continue to breach new highs.

Reasons why inflation is not rising are many and varied, but we believe the growth of the gig economy; increased automation through robotics; the secular deflationary forces of changing demographics and debt are at the core of the issue. More and more economists and researchers are also pointing the door at a single company; one that 'generated an estimated $225bn in global gross merchandise value in 2016 and is growing at 29% year-over-year, with the discipline to operate at a 1% margin'.

Whilst investors may love this, the implications are very complex and it is a subject we will likely return to in the coming months. In the interim, we wish all our readers a relaxing summer; perhaps treating yourself to the odd ice-cream, Mars bar or even a foam banana.