Worldwide: Russia Issues Decree Providing For 0% Compensation For The Unauthorised Use Of Certain IP Rights Emanating From "Unfriendly Countries"

by Colette Brady , Laura Scott and Charleen O'Keeffe
William Fry
Your LinkedIn Connections
with the authors

In response to the invasion by Russian forces of the Ukraine on 24 February 2022, various countries around the world imposed economic sanctions on Russia.  Such sanctions included a US embargo on Russian gas and oil, the freezing of Russian oligarchs' assets in certain countries, and the removal of Russia from the SWIFT network. Russia has undeniably felt the pinch of these sanctions, with the ruble falling to its lowest price in twenty years.

The Kremlin has responded to these sanctions in turn, including with the amendment of Article 1360 of Part Four of the Civil Code of the Russian Federation by way Decree 299 (Decree) of 6 March 2022. Article 1360 is a compulsory licensing provision in Russian law which gives Russia the right, in case of emergency related to the defence and security of the state or protecting the life and health of citizens, allowing the use of an invention, utility model or industrial design without the consent of the rights owner. The provision explicitly provides that the rights holder must be notified as soon as possible and paid adequate compensation. Similar compulsory licence provisions are contained in the IP legislation of several countries including Ireland and are, where applicable, subject to certain safeguards under Article 31 of Trade Related Aspects of Intellectual Property Rights agreement (TRIPS).

As we reported here in March 2020, compulsory licenses came to the fore in the pandemic where some countries considered compulsory licensing of essential medicines.  Between 2020 and 2022 Russia compulsorily licensed a number of patents owned by the US pharmaceutical company Gilead to produce Remdesivir to treat Covid 19 patients.

The recent amendment of the Russian compulsory licensing provision focuses on clause 2, which deals with the Methodology for Determining the Amount of Compensation Payable to a Patent Owner when deciding to Use an Invention, Utility Model or Industrial Design without His Consent, and the Procedure for Its Payment.

The Decree specifically amended the compulsory licensing provision to provide that where the holder of the right is a citizen of, registered in or has a primary place of business in any of 48 designated "unfriendly countries", the compensation payable for such use (without any consent) of the invention, utility model and industrial design would be 0%.

The "unfriendly countries" to whom this 0% compensation rule applies include the USA, Canada, Australia, Switzerland, Norway, Iceland, the UK, Japan, South Korea, and all 27 EU member states.

What does this mean in practice?

The Decree allows Russian businesses and individuals to use patents and designs held by business/individuals from "unfriendly countries", without obtaining the patent/design holder's consent and without paying any compensation.

Is this compliant with the international trade agreements on IP?

Many argue that the Decree is not in accordance with Article 31 of TRIPS (to which Russia is a signatory), which provides that the rights holder shall be paid adequate remuneration in the circumstances of each case, taking into account the economic value of the authorisation.

Article 31 of TRIPS provides that such use of a patent without the authorisation of the rights holder may only be permitted if, before such use, the proposed user has made efforts to obtain permission from the right holder on reasonable commercial terms and conditions, and that such efforts have not been successful within a reasonable period. However, Article 31 also provides that this requirement may be waived by a member (i.e. a party to TRIPs) in the case of a national emergency or other circumstances of extreme urgency or cases of public non-commercial use. In situations of national emergency or other circumstances of extreme urgency, the right holder shall be notified as soon as reasonably practicable.

The purpose of the TRIPS Agreement is to ensure that minimum protection standards exist in all WTO member-states. In light of Russia's decision to apply a 0% compensation rate depending on where the owner of the patent/design emanates from and whether Russia deems such a country unfriendly, there have been calls to remove Russia from the World Trade Organisation.   However, there is no specific expulsion process under current WTO rules and procedures. The creation of such a process would require a two-thirds majority to amend the treaties.

While the curtailment of intellectual property rights as a weapon during an armed conflict seems unusual, the USA adopted similar measures during the first world war.  In 1917, President Woodrow Wilson signed the Trading with the Enemy Act into law, allowing the USA to seize the US copyrights and patents emanating from certain foreign countries it deemed as enemies.

What about other IP?

The Decree only explicitly mentions inventions, utility models and industrial designs, however the Russian courts have shown a clear disinterest in protecting IP from "unfriendly countries". In a recent case the Russian Court dismissed a claim by the UK owner of the Peppa Pig cartoon for infringement of its copyright in Russia based on the UK's position as an "unfriendly country" to Russia.  The use of trade marks from "unfriendly countries" may become subject to a similar approach, particularly in circumstances where many global brands have chosen to withdraw from the country in response to the Ukrainian invasion.

Separately, a number of unauthorised trade mark applications were reportedly filed in Russia in recent weeks for brands from "unfriendly countries". For example, three days after McDonalds announced its withdrawal from the Russian market, a Russian fast-food outlet known as 'Uncle Vanya's' filed a trade mark for a logo that is very similar to that of McDonalds. Aside from the red and yellow colour scheme, Uncle Vanya's logo is almost a carbon copy of McDonald's golden arches, only rotated 90 degrees to the right in a 'B' style shape. 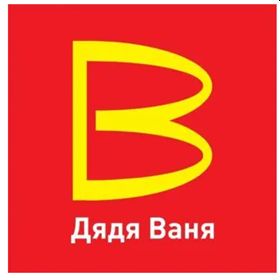 In the recent Peppa Pig case mentioned above, the Russian Court dismissed the claimant's copyright claim in relation to the well-known Peppa Pig cartoon. The Judge explained that his decision was taken in light of the "restrictive" political and economic sanctions from the West, including the UK, in response to the Russian military invasion. In that case the UK company Entertainment One had sought 40,000 roubles (£400) in compensation against a Russian national for misappropriation of the copyright of Peppa Pig by drawing up his own version of the cartoon.

Over the month of April and to celebrate World IP day on the 26th April, we have run an IP competition for our trainees and associates seeking articles on the protection, enforcement and exploitation of IP. Quite aptly, in a year where William Fry celebrates 175 years of forward thinking, our young lawyers have demonstrated a keen interest in the challenge and it's been difficult to choose just one winner, but this was one of the best entries. Further details on our competition here.

ARTICLE TAGS
Ireland Intellectual Property Copyright Patent Trademark
POPULAR ARTICLES ON: Intellectual Property from Worldwide
International Trademark Registration: Update To Nice Classification At Start Of 2023
Novagraaf Group
To register an international trademark registration (IR), you must specify the classes of goods and/or services for which you intend to use your trademark. These are specified according...
Slogans – Can They Be Registered As Trademarks?
aera
The report from EUIPO has provided us with the following list of factors which may serve to determine if a slogan has distinctive character.
When A Product Is A Product? A Few Words About The Supplementary Protection Certificate (SPC) Granted To Medicinal Products And Plant Protection Products
JWP Patent & Trademark Attorneys
The Supplementary Protection Certificate, SPC, is the possibility of obtaining additional legal protection for medicinal products and plant protection products manufactured according to the invention...
Tesco v Lidl
HGF Ltd
A decision of interest to the retail industry and retailers, but also to trade mark attorneys and lawyers on the everchanging topic of bad faith.
Spare Parts: A Thorny Issue: IP Monopolies v Competition Freedom
Humphreys Law
Modern European intellectual property (‘IP') laws contain savings aimed at preventing the abuse of competition, especially in the spare parts market.
Importance Of Confidentiality Agreements In Start-up Law
Kilinc Law & Consulting
As it is known, the concept of "Start-Up" is a very popular concept today and aims to contribute to the development of comprehensive solutions, ideas, products, or services to short and long-term problems by utilizing technological opportunities.
FREE News Alerts
Sign Up for our free News Alerts - All the latest articles on your chosen topics condensed into a free bi-weekly email.
Register For News Alerts
Article Tags
Ireland Intellectual Property Copyright Patent Trademark
Similar Articles
Powered by mondaq AI
MATCH
40%
Sixth Package Of EU Sanctions Against Russia And Belarus Arthur Cox
Related Articles
2022 Intellectual Property SME Scoreboard Report RDJ LLP
A New Patent System Dawns Over Europe And Presents Opportunities For Ireland HGF Ltd
Quick Off The (Trade) Mark – Commercialising The Victory Dance In Sport William Fry
When Irish AIs Are Smiling: Could Ireland's Legislative Approach Be A Model For Resolving AI Authorship For EU Member States? William Fry
Ireland To Hold Referendum Regarding UPC Participationa Keltie LLP
Mondaq Webinars
Modern Product Liability: Adapting to the Changing Risks for Product Manufacturers in the US and Europe
Cooley LLP
The New Swiss Data Protection Act - What You Need To Know
FABIAN PRIVACY LEGAL GmbH
More Webinars
Comparative Guides
Alternative Investment Funds
Artificial Intelligence
Corporate Tax
Data Privacy
Enforcement of Foreign Judgments
More Guides
Mondaq Advice Centres
Global
Trademarks in SAARC Countries
Offshore
Asset Management & Investment Funds
More MACs
Upcoming Events
Mondaq Social Media