by Michael Lorenz
Lorenz & Partners
To print this article, all you need is to be registered or login on Mondaq.com.

For conducting business in Thailand it is mandatory for foreigners to be in the possession of a Foreign Business Operating License issued by the competent Thai authorities according to the provisions of the Foreign Business Act B.E. 2542 (A.D. 1999).

According to Sec.4 "Foreigner" means:

The definition of "Foreigner", as specified in Section 4 of the Foreign Business Act, reveals that the law separates foreign juristic persons into 2 different kinds as follows:

Section 4 of this Act also specifies the meaning of "Capital" concerning the 3 different kinds of a juristic person registered in Thailand as follows:

Foreigners shall be prohibited from operating a business as prescribed in Annex 1 due to special reasons (Sec. 8(1))

These kinds of businesses are exclusively reserved to Thai companies. It is not possible to obtain the Foreign Business Operating License.

Annex 2 contains businesses related to the national safety or security or affecting arts, cultures, traditions, folk handicrafts or natural resources and the environments (Sec. 8 (2)). Businesses in this Annex have been divided into 3 categories:

A foreign juristic person may be allowed to operate business as prescribed above in the following cases:

Foreigners shall be prohibited from operating the businesses prescribed in Annex 3 in which Thai nationals are not yet ready to compete with foreigners (Sec.8 (3)).

Foreigners operating businesses in Thailand can be divided into 4 groups as follows:

In case a foreigner under Group 13 desires to operate a business under Annex 2 or 3, such foreigner shall apply for a Business Operating License to the DirectorGeneral in accordance with the rules and procedures as prescribed in the Ministerial Regulations.

In case a foreigner under Group 4 desires to operate a business under Annex 2 or 3, such foreigner must apply for a Foreign Business Operating License in accordance with the rules and procedures as prescribed in the Ministerial Regulations.

Section 14 of the Act specifies that:

"The minimum capital used at the commencement of the business operation shall not be less than that prescribed by ministerial regulations and shall in no case be less than two million Baht. In the case where the businesses in the preceding paragraph require the licenses under the Annex attached hereto, the minimum capital to be prescribed in the ministerial regulations for each of the businesses shall in no case be less than three million Baht. Ministerial regulations issued by virtue of this Section may also prescribe the time for the minimum capital to be brought or remitted into Thailand. The provisions of this Section shall not apply in the events where the foreigners make the investment with the money or property derived from the business operation that has previously been in operation in Thailand in another business or use them as a share or an investment in other enterprises or juristic persons."

Considering Section 14 of the Act, we can calculate the minimum capital by dividing business operations into 2 categories:

"Minimum Capital" in these terms means the foreign currencies that the foreigner brings in and uses for the commencement of business operations in Thailand (Sec. 4). The Ministerial Regulation issued by virtue of Section 14 prescribes minimum capital that needs to be brought into Thailand as follows:

The transfer of the minimum capital must be proved to the Department of Business Development within 15 days from the date prescribed above. This is done by handing in a copy of the Thor Thor 3 Form which is issued by the bank that has received the money.

The application has to describe in which way the foreign company transfers "knowhow" to Thai workers.

The applicant has to expand on the advantage Thailand is going to gain from the engagement of the foreign company in Thailand (i.e. improvement of Thai economy; improvement of environment).

Most of all staff that the company intends to employ should be Thai.

There should be no effect on any Thai company competing in the same field of operation as the foreign company.

An operation as a representative office under the old Announcement of the Revolutionary Party No. 281 is somehow still possible under the Foreign Business Act B.E. 2542 (A.D. 1999) as a service business under Annex 3 (21).

Presently, a representative office (in accordance with its definition under the Regulations of the Office of the Prime Minister in Establishment of Work Permit and Visa Centre (No. 3) B.E. 2544 (A.D. 2001)) is permitted for only 5 business activities as follows:

Now, the Office of Secretary of Foreign Business Committee has been forming an investigating team in order to check on foreign business operations whether they are being done as permitted by the Department of Business Development or not.

If the foreigners are found to be operating a business other than those permitted, the DirectorGeneral may temporarily suspend or revoke the license, as the case may be. 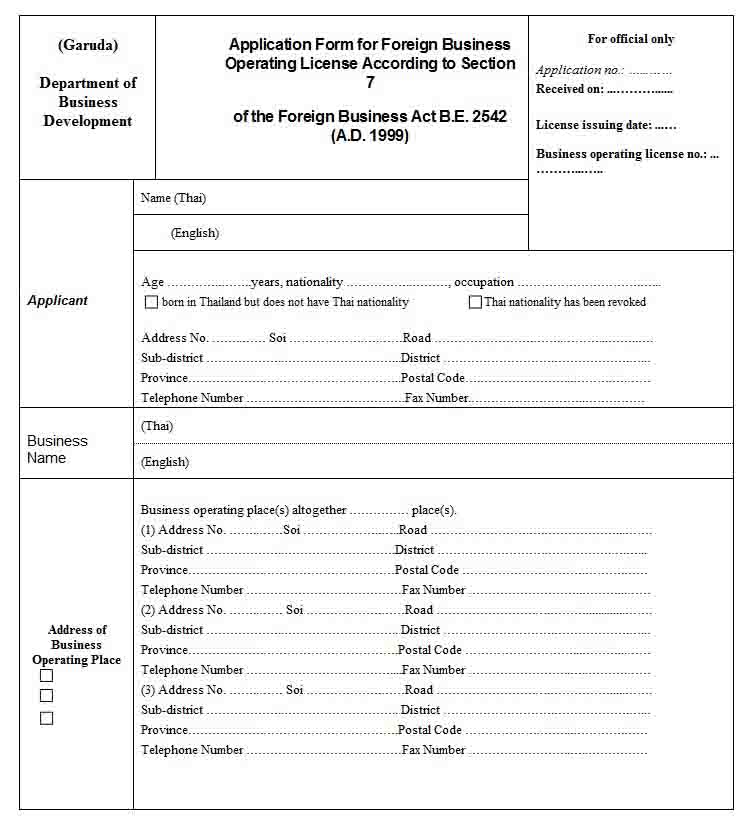 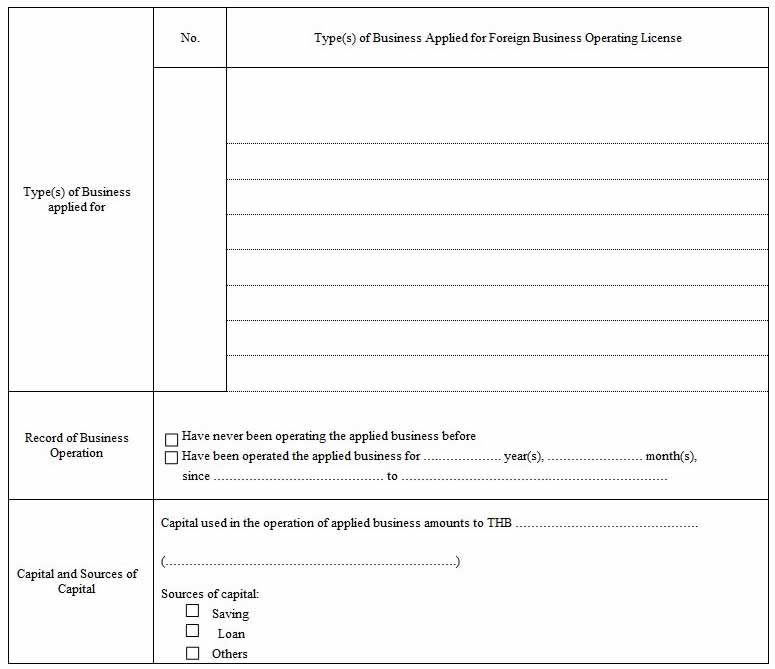 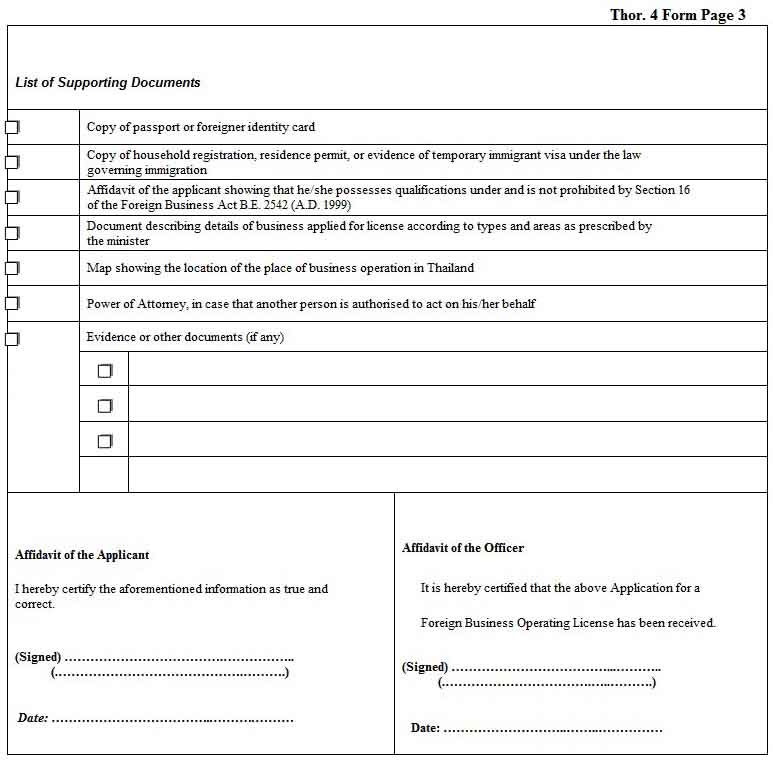