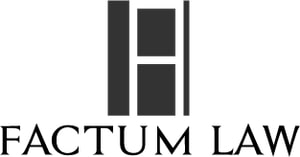 by Ashok Gubbi Venkateshmurthy
Factum Law
Your LinkedIn Connections
with the authors
To print this article, all you need is to be registered or login on Mondaq.com.

The Hindu Succession Act, 1956 ("Act") was a bold effort to codify the Hindu Law of Succession and to bring it in line with evolving schools of thought on equitable inheritance. In order to achieve the constitutional objective of gender equality, the Hindu Succession (Amendment) Act, 2005 ("2005 amendment") was passed, providing to daughters, the same rights in coparcenary properties as the sons.

However, between the verdicts of the Hon'ble Supreme Court in the case of Prakash v. Phulavati1 and Danamma v. Amar2, there was considerable ambiguity on whether the 2005 amendment was retrospectively applicable or prospectively applicable. When the occasion presented itself before a three member bench of the Hon'ble Supreme Court in Vineeta Sharma v. Rakesh Sharma & Ors.3, the Apex Court finally concluded that the verdict in the Prakash v. Phulavati, did not interpret the law correctly and that the 2005 amendment act was applicable retroactively, thus laying to rest an enduring controversy regarding the date of conferment of the benefits of the 2005 amendment. In this article, I decode the judgement in the Vineeta Sharma verdict and examine its ramifications.

The Vineeta Sharma verdict operates on the premise that the intent of Section 6 of the Act as amended by the 2005 amendment, was to neither confer its benefits to female successors prospectively nor for that matter retrospectively, but it was to confer benefits retroactively 4. A legislation applies retroactively when it prescribes benefits conditional upon an eligibility, that may arise even prior to the passing of such legislation. While explaining the concept of retroactive application vis-à-vis the 2005 amendment, it was held that the 2005 amendment makes available to female successors, the benefit of succession on par with that of her male counter parts based on an antecedent event, i.e., her birth5.

Furthermore, the court also remained cognizant that under the Act, a distinction must be drawn between the right to claim a share versus the extent of the share that can be claimed. A coparcener's right to claim a share in the coparcenary property remains stable although the specific share available to the coparcener fluctuates with births and deaths in the family and becomes determined only at the time of partition6. Thus the court held that the notional partition under the proviso to the unamended Section 6 of the Act only affects the extent of share that can be claimed by a coparcener but does not affect the right to claim a share in the first place7.

Accordingly, it was held that the death of the predecessor coparcener which triggers the notional partition under Section 6 of the unamended act, only affected the computation of the share but not the right to claim a share. Since the daughter acquires the status of a coparcener on account of her birth due to the operation of the 2005 amendment, her right to claim a share under Section 6 of the Amended Act, as per the Vineeta Sharma judgement, is independent of a notional partition in the event of her predecessor coparcener's death prior to the 2005 amendment.

Except for the finding that the female successor must be alive as on the date of the coming into force of the 2005 amendment to claim coparcenary rights8, the verdict in the Prakash v. Phulavati case, was overruled for, inter alia, the following reasons

In view of this latest judgement, the only qualifying factors to claim the benefits of succession under the 2005 amendment is firstly birth and secondly, being alive as on the 2005 amendment coming into force. Therefore, any suit for partition which has yet to result in a final decree being drawn up pursuant to final decree proceedings will now be affected and be liable to be disposed off in accordance with the Vineeta Sharma verdict12. The defences of notional partition to altogether resist a claim under the amended Section 6 of the Act, pursuant to proviso to Section 6 of the unamended Act is no longer available13 . Furthermore, the defence of oral partition against a claim under Section 6 of the Amended Act now carries the burden of producing significant corroborating evidence such as public records in order to justify dismissal of such claim under Section 6 of the Amended Act14.

However, though the right of succession of female successors has been unequivocally asserted and encumbrances related to the predecessor coparcener's date of death have been removed, the female successor claiming under the 2005 amendment must not delay the suit to challenge the alienation of the coparcenary property if already alienated or the suit for partition, beyond the periods prescribed under Articles 109 and 110 of the Limitation Act. In view of the fact that the 2005 amendment came into force as early as 09.09.2005, several potential claims for partition under Section 6 of the Amended Act may already be time barred.

The Apex Court has expressly held that any claim for partition in which the final decree is yet to be drawn, will now be determined in accordance with the Vineeta Sharma verdict. It does not specifically deal with those final decree proceedings that have already been concluded based on the earlier law laid down in the Prakash v. Phulavati judgement. At the same time, the court has directed that any pending suit or appeal involving the controversy around the application of Section 6 of the amendment Act must be disposed off not later than six months in accordance with the Vineeta Sharma verdict. Therefore, there remains the larger question of what happens to those appeals that are pending and have arisen out of a final decree in which the mandate under Section 6 of the Amended Act has not been followed.

While the Vineeta Sharma verdict is indeed laudable for achieving the noble and necessary objective of gender equality and gender justice, the fact that the controversy took close to 15 years to be finally settled reflects the long journey towards justice. During this time, not only have several women (who are entitled to claim under Section 6 of the Amended Act) been left without the fruits of their share in the coparcenary property and therefore subjected to significant financial distress, but there are also several persons who may have very well acted upon the law established by Prakash v. Phulavati verdict and created thirty party interests in coparcenary property after it was partitioned in accordance with earlier Section 6 of the unamended Act. This judgement has left all such third party interests vulnerable to litigation while at the same time, provided justice belatedly to the women who are the intended beneficiaries of this law.

While the end effect of this latest verdict is no doubt an excellent development and progress in the right direction, it also highlights the debilitating impact on the financial security of women by such belated outcomes and on the real estate economy, if real estate transactions are frequently subject to such fluctuations in law. One hopes that in the days to come, the Indian judiciary not only continues to incline in favour of progressive values in keeping with its rich traditions, it does so with speed and at the same time provides predictability and clarity for investments in all areas including real estate.

7 See paragraph 101 of (iii) above "The fiction of notional partition was meant for an aforesaid specific purpose. It was not to bring about the real partition. Neither did it affect the severance of interest nor demarcated the interest of surviving coparceners or of the other family members, if any, entitled to a share in the event of partition but could not have claimed it. The entire partition of the coparcenary is not provided by deemed fiction; otherwise, coparcenary could not have continued which is by birth, and the death of one coparcener would have brought an end to it. Legal fiction is only for a purpose it serves, and it cannot be extended beyond was held in State of Travancore Cochin & Ors. v. Shanmugha Vila Cashew Nut Factory & Ors., (1954) SCR 53; Bengal Immunity Co. Ltd. v. State of Bihar & Ors., AIR 1955 SC 661; and Controller of Estate Duty v. Smt. S. Harish Chandra, (1987) 167 ITR 230."

8 In paragraph 75 of (iii) above, the court specifically held as follows "In our opinion, the daughters should be living on 9.9.2005"