In the era of Internet, people are hooked to social media and its trends 24*7 if not more than that! One such trend popularly followed by the masses is of sharing, designing, communicating through "memes". Memes are the best way to convey any sort of message, humorously. Typically, a "meme" consists of images, famous short video clips, GIFs along with some text. The content shared through these memes attracts general public because it closely relates to their daily life, and at times memes could also narrate certain ongoing situation in the society. These memes are basically light-hearted way of connecting with people.

Wait, can you really forward that meme?

Sharing a meme within close group of friends, colleagues, family & relatives is a common practice and therefore, people believe that memes are not particularly owned by someone and are open to all Internet users. However, only a few people know that a newly created meme, through the person's own intellect qualifies to be copyright protectable. The author of this originally created meme is usually also the owner of the copyright and any kind of usage or exploitation of the meme by a third party could attract copyright infringement. Similarly, memes that consist original images and/or video clips as the subject matter is highly likely to be protected as copyright by the owner of the image or video clips.

Let's put some light on the problems associated with sharing a meme. A newly created meme is protected under the ambit of "artistic works" provided under section 2(c) of the Indian Copyrights Act, 1957 which includes paintings, sculptures, drawings (including diagrams, maps, charts or plans), engravings, photographs, works of architecture and works of artistic craftsmanship. The provision also clarifies inclusion of photographs (images) for protection under 'artistic works'. Therefore, any kind of usage, reproduction, distribution and/or sharing of a meme could attract section 2 (m) (i) of the Copyright Act that defines "infringing copy". Therefore, a true owner of an original meme can always call upon the infringer to restrain usage and/or to pay damages, if their work is used without their permission. 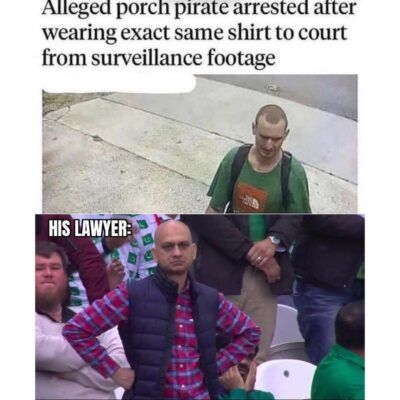 The above meme is from Pakistan vs Australia ICC Cricket World Cup 2019. During the match, a Pakistani team player Asif Ali dropped a catch and the cameras pulled away from the player and focused on a fan (shown in above image) in the stands watching with his hands on his hips. The person in the above meme, is Muhammad Sarim Akhtar. The video clip featuring Akhtar 's disappointment over dropping of a catch went viral across the Internet like fire. There were numerous memes created using this image, the above meme is an example. This 'disappointed' expression of Akhtar has now been displayed at the World's first Meme Museum in Hong Kong with the title "Disappointed Fan". Yes, a meme museum does exist!

In present example, copyright protection vests with the person who recorded Akhtar's reaction and the creator of derivative work i.e. memes created using original images/videos, would be the copyright owners of the meme. Even though these memes are shared for the sole purpose of fun, there are instances in which copyright laws are attracted. Therefore, it is necessary to check if the image/video clip is in the public domain or is released under a creative commons license and/or available for licence on a stock photography site for a fee.

Posting or sharing a meme just for fun, or personal use, or non-commercial use or on your personal social media accounts is not much of an issue. However, if these memes are used for commercial purpose, like marketing or sale, it might face challenges from the copyright owner of the original image/video or creator/author of the original work (memes). This is mainly because commercial usage of meme would involve a financial gain angle and the owner of copyright would suffer losses due to unlawful use of their content.

Defenses against copyright infringement of memes

Under section 14 (d) (i) of the Copyright Act allows making and using of a copy of film, or image to form a part of it. Therefore, a prior permission for usage of image/video clips in the derivative work would help in using the meme without any claims of copyright infringement.

A commonly used defense for such copyright infringements is of a "fair use" doctrine. This particular doctrine is an exception to the copyright law that protects an original work. Section 52 of the Copyright Act provides certain acts or works that cannot be constituted as copyright infringement, which includes artistic, literary, dramatic or musical work. The Indian courts have established certain factors to be considered while determining "fair use" the factors as follows:

'Memes' that are subjected to copyright infringement could be weighed under "fair use" doctrine. For instance, the first thing to ascertain would be, if the meme has been shared for spreading humor or is created by a company for sales and marketing purpose.

Next time you think of using a meme or any other content available on the Internet for your social media post or business marketing campaign, you might want to make sure the ownership and licensing rights of the content. Because repercussions of a copyright infringement claim do not go well with the infringer's reputation or with his finances. Not to mention, as a company with a reputation to protect, funds to look after and pay damages that may be claimed, you'll be at target more than an amateur creator sharing memes with his friends on social media. It's important to protect yourself by safeguarding other's copyrights.

Therefore, its crucial to learn about the usage rights even when you own a license for an image to be used, are you allowed to make changes in the image? Can you use the image commercially? Are you supposed to accompany the image with a copyright notice? It's always better to learn about what you are getting yourself into.

ARTICLE TAGS
India Intellectual Property Copyright Media, Telecoms, IT, Entertainment IT and Internet Social Media
POPULAR ARTICLES ON: Intellectual Property from India
Assignment And Licensing Of Copyright
S&A Law Offices
Copyright is a protection given to the creators of certain types of works as an acknowledgment to their intellectual input
Patent Law in India
Anand & Anand
The Patents Act 1970, along with the Patents Rules 1972, came into force on 20th April 1972, replacing the Indian Patents and Designs Act 1911. The Patents Act was largely based on the recommendations of the Ayyangar Committee Report headed by Justice N. Rajagopala Ayyangar. One of the recommendations was the allowance of only process patents with regard to inventions relating to drugs, medicines, food and chemicals.
Process: Trademark Registration In India
Intepat IP Services Pvt Ltd
Many entrepreneurs do not comprehend the importance of a TM search.
IP Violations On Social Media Platforms And The Role Of Intermediaries
Sujata Chaudhri IP Attorneys
The power of social media as a virtual platform for disseminating content created by an individual or entity is limitless. Social media is, by and large, ...
Difference Between Passing Off And Infringement Of The Trade Mark
Khurana and Khurana
A Trade mark may be defined as a lawfully protected abstract, word, symbol, color, mark, slogan or a mixture of those related to an organization or a selected product that differentiates it from the others accessible within the market.
Protection Of Movie Title As A Trade Mark – The 'Sholay' Protection
Shardul Amarchand Mangaldas & Co
In a recent judgement disposing of a long pending lawsuit, the Hon'ble Delhi High Court in Sholay Media Entertainment & Ors. v. Yogesh Patel & Ors has held that titles of films are eligible for protection as a trade mark...
FREE News Alerts
Sign Up for our free News Alerts - All the latest articles on your chosen topics condensed into a free bi-weekly email.
Register For News Alerts
Article Tags
India Intellectual Property Copyright Media, Telecoms, IT, Entertainment IT and Internet
Social Media
More Tags
Similar Articles
Powered by mondaq AI
MATCH
77%
Are Memes Protected By Copyright Law ? Khurana and Khurana
73%
Rights And Ownership Of Copyrighted Work In The Digital Age Verum Legal
72%
Memes And Copyright: Fair Use Or Infringement? S&A Law Offices
71%
Memes And Copyright Protection S.S. Rana & Co. Advocates
70%
Law On Internet Memes Khurana and Khurana
Related Articles
Can Hashtags Be Trademarked? Photon legal
Time To Retire The Lithium-ion Battery? Photon legal
8 Strangest Patents Ever (Part-I) Photon legal
Machines Cannot Think, Or Can They? Photon legal
Protection And Enforcement Of A Well-Known Trademark ANM Global
Mondaq Webinars
Global Life Sciences M&A: Market Overview and Trends
Dechert
Webinar London UK
Funding or insurance? Commercial Approaches for Litigation and Arbitration
Erso Capital Advisors LLC
Webinar California United States
More Webinars
Comparative Guides
Alternative Investment Funds
Artificial Intelligence
Aviation Finance
Aviation Regulation
Blockchain
More Guides
Mondaq Advice Centres
India
Trademarks
India
Arbitration, Litigation and Conciliation
India
Insolvency
Global
Trademarks in SAARC Countries
More MACs
Curated Content
Patenting 3d Bioprinting In India
Obhan & Associates
Under The Skin: Patentability Of Cosmetic Compositions And Treatments In India
Obhan & Associates
The Cords That Bind: Patenting Embryonic Stem Cell Related Inventions In India
Obhan & Associates
Reporting On Corresponding Foreign Patent Filings In India
Obhan & Associates