by Damania & Varaiya
DNV & Co
0 Liked this Article
To print this article, all you need is to be registered or login on Mondaq.com.

With the increased Globalisation, India opening up its economy and Make in India Campion, many foreign Companies choose India as their destination to expand their business operations. They may either set up a Liaison office or a Branch office or a subsidiary Company or a Joint Venture Company in India. In any case in order to supervise and overview Indian business, they prefer to deploy their foreign employee in India, specially for the initial period of their business set up in India.

Though such Inbound employee referred to as "Expatriate" is not defined under the Income Tax Act (ITA), it generally refers to an Employee working abroad who comes to work in India for a short period of 6 months to 5 years.

The Scope of taxability of income of such Expatriate primarily depends up on his Residential Status in India as explained in below chart: 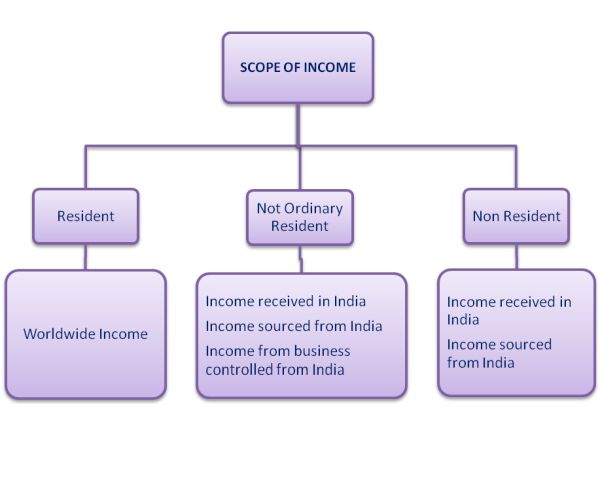 Residential Status of an individual is determined based on the physical presence in India and is determined as per Section 6 of the ITA. It is equally important to determine the Residential Status of the expat under the Double Tax Avoidance Agreement (Treaty) with that country. At times, an expat employee may be a resident of both the countries under the taxation laws of respective countries. Under such situation, 'Tie Breaker Rule' as mentioned in the Treaty has to be applied to determine his residential status. Tie breaker rule broadly follows following pattern:

The basic rule of taxation of Salary income is that Salary is taxable in the country where the employee is physically present while rendering Services. However, both the ITA and Treaty provide exemption to this basic rule if following specified conditions are satisfied.

1) The Foreign Company is not engaged in any trade or business in India;

3) Such salary is not deductible from the income of the employer chargeable to tax in India.

1) The expat is present in India for not more than 183 days;

3) The salary is not borne by a permanent establishment in India of the foreign Enterprise.

The conditions would vary depending up on the actual conditions mentioned in the specific treaty with the home country of the expat.

In a case where the Indian Company bears only a portion of Salary of the expat employee, proportionate salary to the extent paid in India will be subject to tax in India.

Per Diem Allowance or Daily Allowance:

Often foreign Companies deputing their employees on Indian assignments whereby over and above the salary that they pay in their home country, pay Per Diem or Daily Allowance to the employees to compensate for ordinary living charges they have to incur on account of absence from normal place of duty. The question arises whether such allowances are taxable in India or not.

According to Section 10(14)(i) of The ITA read with Rule 2BB(1)(b), any ordinary daily allowance paid, while on tour, is exempt from Income Tax to the extent actually incurred for the purpose of daily living expenditure. The term "daily allowance" is not defined under the Act but is normally understood to mean boarding, lodging and local conveyance expense incurred in India in this case.

These Allowances are not taxable in India provided the following broad conditions are satisfied:

Contribution towards Social Security and Funds:

Any foreign national holding foreign passport – International Worker (IW) - comes to India to work for an Indian company to which the Employees Provident Fund Act applies, has to contribute to the provident fund in India. However, such IW coming from a country with which India has a Social Security Agreement (SSA) and he is contributing to the social security of the home country and enjoys the status of detached worker is excluded from making such contribution provided he produces a Certificate of Coverage (COC) from the home country.

Question arises whether the Employers' contribution to overseas social security is taxable in India. Generally, when the employer makes such contributions, the payments from the scheme are contingent on certain events like Retirement or termination of employment etc. Where such payments are contingent in nature and where the employee has no right to claim such amount till the contingency occurs, the amount does not confer any immediate right/benefit to the employee over such contribution and therefore the same should not be treated as part of taxable salary at that stage.

Question also arises whether Employees contribution to overseas social security should be allowed as deduction from taxable Salary in India. According to Section 16 of The ITA, only the specified contributions to funds in India are allowable as deductions from Salary income. It is important to examine whether the contribution by the expat employee to social security scheme in the home country is mandatory or is in the nature of saving scheme. In case such contribution is mandatory and is retained by the employer and paid directly into the scheme, the employee has no right to receive it. It would be regarded as "diversion of income by overriding title" and therefore possible to contend that it is only the amount of salary after deducting employees' contribution to such fund that is chargeable to tax in India.

Many multinational Companies offer ESOP to their key employees as incentive to retain the talent in the Company. The ESOP has various stages spread over multiple years, generally 2 to 3 years, as stated below but are taxable at the time of allotment of shares by the Company.

Since taxability of Salary largely depends up on the place of rendering of services, question arises is when an employee has rendered part of the services in India during the grant period, whether the benefit derived by employee under ESOP would be taxable in India. Relying on certain Tribunal judgments, OECD report and CBDT circular, in my opinion, the proportionate benefit that pertains to the period of service rendered in India between grant period and vesting period will be subject to tax in India.

Further, there will be many other challenges for the employees of how to get credit for the tax paid in source country against the tax liability in country of residence, overlapping accounting years between the two countries, production of Tax Residency Certificate (TRC) to be able to get advantage of DTAA, filing of his tax return etc.

There will be challenge for the foreign Enterprise whether it establishes a Permanent Establishment (PE) in India by deputing their employee/s in India and tax consequences thereof.