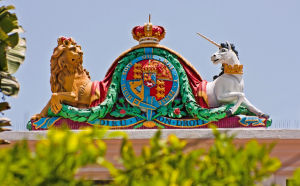 The Court of Appeal has handed down judgment in an appeal relating to the civil case brought against Jyske Bank (Gibraltar) Limited by the representatives of certain clients of the collapsed law firm Marrache & Co. 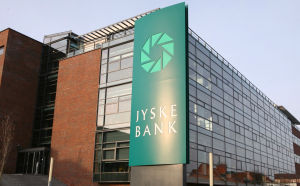 The Bank was ultimately successful in its appeal and the Court of Appeal set aside the order made against the Bank by Mr Justice Jack at first instance and ordered a re-trial of the matter.
The appeal is significant in that it is one of the few examples where an appellate court has interfered with findings of fact made by a trial judge.

In May 2017, after a 12-day trial, Mr Justice Jack made an order against the Bank for what the judge found to be its dishonest assistance in fraudulent breaches of trust and its knowing receipt of part of the fruits of those breaches. The case came down to one issue of fact: did Mr Bishop (an account manager at the Bank) know or suspect, at any time between 2003 and 2009, that the brothers were stealing money from their clients or were stealing money from one client to pay another? The judge found he did but the Bank subsequently appealed that decision.

In its appeal, the Bank argued against the Judge's findings of dishonesty against the account manager. The Court of Appeal recognised that that such challenges are difficult to sustain, for reasons given in judgments of high authority, but that they can succeed where an appellant can identify material errors of approach by the trial judge.

Whilst it was accepted that the determination of the account manager's honesty or dishonesty was exclusively a matter for the judge, the Bank criticised the judge's approach of ignoring both the Bank's expert evidence as to banking practice, and the evidence from other bankers as to what the Bank expected of its account managers when it came to  monitoring client accounts. At trial, the Bank's expert and other banking practice evidence had been consistent with the account manager's own evidence as to his approach when dealing with instructions received from the firm in relation to its various client accounts.

The Bank also challenged the very serious findings of dishonesty made against the account manager by the judge. The Court of Appeal found that, in addition to the judge's refusal to have regard to the expert and other banking practice evidence, the judge also made some material errors in his approach to the fact-finding exercise. The Court of Appeal stated that in making certain findings of dishonesty against the account manager, the judge was not only making findings for which there were no justification, he was overlooking the principle that a judge should not make such a finding against a party or a witness when the case for asserted dishonesty has not been squarely put to him in cross-examination.  The significance of these flaws in the judge's findings of dishonesty in relation to the client accounts and the bonds (issues relied upon to show dishonesty) was that they undermined two of the material building blocks upon which the judge relied in forming his view that Mr Bishop was not a witness whose evidence could be trusted.

They also found that in making that finding, the judge did not stand back with sufficient objectivity and ask himself whether it really was more probable than not that Mr Bishop was acting dishonestly. The combined effect of the judge's errors, namely his treatment of the expert and other banking evidence and the errors in his findings of fact, raised sufficiently serious questions as to the soundness of his ultimate finding.

Accordingly, the Court of Appeal allowed the Bank's appeal and set aside the Order of Mr Justice Jack and ordered a re-trial of the matter.

ARTICLE TAGS
Gibraltar Litigation, Mediation & Arbitration Civil Law Trials & Appeals & Compensation
POPULAR ARTICLES ON: Litigation, Mediation & Arbitration from Gibraltar
Comparative Analysis Of ADR Methods With Focus On Their Advantages And Disadvantages
STA Law Firm
"The courts of this country should not be the places where the resolution of disputes begins. They should be the places where the disputes end ...
Overview: Arbitration Proceedings In Nigeria
STA Law Firm
Trade is connected with the potential for strife, and the development of globalization in business implies that the potential for conflict has also developed exponentially.
Without Prejudice – Understanding What It Means
Simcocks
Lawyers and non-lawyers frequently head communications with the phrase, "without prejudice".
Guernsey Court Of Appeal Case Provides Guidance For Trustees When Issues Of Trust Construction Arise
Ogier
This article considers a recent Guernsey Court of Appeal judgment regarding the interpretation of a trust instrument.
Snapshot: Notification Injunctions In The Cayman Islands
Ogier
A notification injunction is an alternative to the conventional freezing order that is available where there is concern that a respondent may deal with their assets so as to frustrate the...
Arbitration Update: HKIAC Releases 2020 Statistics
Mayer Brown
On 9 February 2021, the Hong Kong International Arbitration Centre ("HKIAC") released its latest case statistics for 2020. The statistics illustrate a record year for the HKIAC in terms of number...
FREE News Alerts
Sign Up for our free News Alerts - All the latest articles on your chosen topics condensed into a free bi-weekly email.
Register For News Alerts
Article Tags
Gibraltar Litigation, Mediation & Arbitration Civil Law Trials & Appeals & Compensation
Related Articles
ISOLAS Bolsters Team With New Associates ISOLAS
GOG Published Bill For The Damages Act 2018 ISOLAS
"My Lord, This Is An Appropriate Case For You To Exercise Your Discretion..." But How, Why And What If? Hassans
Gibraltar EU Passport Rights In Financial Services Confirmed Government of Gibraltar
Captive Insurance Government of Gibraltar
Mondaq Webinars
Visas, Work Visas/ Residence Permits and Nigeria's New Visa Policy
Famsville Solicitors
Webinar Lagos Nigeria
Competition Law Compliance Programs and Trainings: Client Experiences and Notes for the Future
ELIG Gürkaynak Attorneys-at-Law
Webinar Istanbul Turkey
More Webinars
Comparative Guides
Blockchain
Corporate Tax
FinTech
Mondaq Advice Centres
Global
Trademarks in SAARC Countries
Global
Investment Immigration
More MACs
Upcoming Events
Mondaq Social Media