by Frederic Louis , John Ratliff and Anne Vallery
Wilmer Hale
To print this article, all you need is to be registered or login on Mondaq.com.

The Commission has published a legislative proposal to allow it to deal more rapidly with cartel cases1. The proposal would enable cartel defendants to enter into settlement discussions with the Commission in exchange for earlier certainty about the level of fines and a yet unspecified reduction in the fines; defendants would admit to their illegal cartel activities and accept liability. The fine reduction would be in addition to any reduction arising from a leniency application. The settlement procedure would be available only for cartel cases, and not to defendants in parallel import, resale price maintenance or abuse of dominance investigations, all of which can also lead to substantial fines. The Commission is calling for comments on its proposal to be submitted by 21 December 2007. We will be submitting comments on behalf of WilmerHale and would welcome your thoughts on the proposal.

Over recent years, the success of the EU Commission's leniency program has strained the Commission staff's capacity to deal with the large number of incoming complex cartel investigations. Although most cartel investigations involving leniency applicants typically do not ultimately involve much debate on the facts, the sheer number of cases and their inherent complexity have caused a significant backlog of unresolved investigations, with the Commission averaging just over six cartel decisions per year in recent times.

Goals Of The Proposed Settlement Procedure

The Commission has acknowledged that the settlement procedure is principally intended to free up its resources to handle more cases. The change is also designed to reduce incentives to appeal. The proposed procedure appears capable of obtaining some improvement in this area. But, absent certain changes, it is an open question whether the proposed procedure will be sufficiently attractive to induce a large number of settlements early enough to save the Commission or defendants substantial costs or resources. Observers have noted that the proposed settlement policy fails to replicate the "race to the agency's door" effect of the US DOJ plea bargaining system. To some extent, this is a reflection of the different institutional composition--the Commission being an administrative decision-maker while the DOJ has a prosecutorial function. In the EU system, the "race" element lies in the formal leniency policy which, contrary to the US system, offers fine reductions to all defendants willing to cooperate with the Commission's investigation, and not just to the first-in-the-door amnesty applicant. From that perspective, the proposed settlement procedure could increase incentives for companies to come in and make use of the leniency policy, since a combination of both sets of reductions could be extremely attractive to companies willing to cooperate with the investigation. However, for the proposed new procedure to have this welcome effect, it seems a number of modifications and clarifications should be introduced in the proposal.

Potential Issues Raised By The Proposal

Another difficult issue is that the settlement process requires that defendants submit a written settlement submission that acknowledges their participation in the cartel and summarizes the infringement "as regards the main facts, their legal qualification and the duration of their participation." Such a submission is likely fully discoverable in US civil litigation and may prove very harmful in that process. Defendants are also unlikely to provide a submission unless their US criminal liability has been resolved through a prior or simultaneous plea agreement. To address these issues in part, it would seem advisable for the Commission to provide for the possibility of an oral submission to be read into a tape recorder at Commission premises, similar to the procedure for oral company leniency statements.

The biggest obstacle to settlement lies in the uncertainty surrounding the Commission's case against a defendant and the likely fine. The Commission enjoys broad discretion in setting the fine (even within the confines of its own notice on the subject) so long as it does not exceed the absolute limit of 10 percent of worldwide consolidated turnover. The proposal thus contemplates that the Commission will inform the defendants that have indicated a willingness to settle of the objections it intends to raise against them, which corporate entity will be held liable (which can be crucial to the level of the fine) and what level of fine will be imposed. The Commission will do this once the investigatory part of its case is over, i.e., typically at the stage in the proceedings when it would begin drafting its Statement of Objections. Defendants would not gain any formal access to the Commission's file, but they might gain access to the most significant pieces of evidence against them at this stage, to enhance their interest in settling.

It is unclear how much detail about potential fine levels the Commission would be willing or able to provide at this stage. On the one hand, the Commission is constrained by the fact that the final decision lies with the College of Commissioners. On the other hand, because the Commission enjoys broad discretion in setting fines, defendants are unlikely seriously to entertain a settlement unless they are given a rather precise idea of the actual fining amount. Clearly, it will be in the Commission's interest to provide as many details as possible on the likely fine to encourage defendants to settle.

Although the proposal states that the Commission will not negotiate over the scope of the infringement or the level of the fine, the defendant will be afforded an opportunity to respond to the objections raised in the settlement and the Commission may take this response into account. Presumably after a discussion leading to an agreement on the scope of the infringement and ensuing fine, each settling defendant would then be required to submit a "written settlement submission" where it would explicitly acknowledge its participation in an infringement of Article 81 of the Treaty as well as its liability for the infringement. The submission would also indicate the defendant's understanding as to the maximum fine it faces for the acknowledged infringement. The written submission would implicitly mean that the defendant agrees to a simplified statement of objections and renounces its right to request access to the file and an oral hearing, thereby enabling the Commission to proceed quickly to the adoption of the final decision.

In exchange for the defendant agreeing to a settlement, the Commission will grant a reduction of the fine, expressed as a specific percentage of the fining amount. The proposal gives no indication as to what this percentage might be, but the Commission apparently intends to provide for an express reduction percentage in the final version of its notice on the conduct of settlement proceedings. In the light of past practice under the original and current Commission leniency notices, it seems that the settlement reduction will likely be around 10 to 20 percent.

If the Commission's Statement of Objections deviates from the description of the infringement in the written settlement submission, the defendant will no longer be bound by its admission in the submission and will be entitled to access the file and to a hearing. It is not clear, however, what might happen if the final decision does not deviate from the "agreed" description of the infringement but imposes a fine higher than the maximum amount recorded in the written submission. Presumably, the Commission would re-issue a full Statement of Objections at that time rather than actually adopt the decision with the higher fine. If the Commission would immediately proceed to the adoption of a decision imposing a higher fine than that agreed to by the defendant, the defendant would have a strong argument before the Courts that its legitimate expectations and rights of defense had been violated, resulting in annulment of the decision and a return to the Statement of Objections phase before the Commission. One would expect these situations to be rare, however. If the Commission were commonly to defeat defendants' reasonable expectations, it would greatly undermine the credibility of its settlement policy and thereby jeopardize the benefits it intends the policy to bring.

Settlement proceedings will involve discussion on a bilateral basis of the scope of the objections and the likely fine. For these discussions to have a chance to succeed, discretion and secrecy are paramount. Accordingly, the Commission's draft notice provides that defendants are prohibited from disclosing the content of settlement discussions and that disclosure would be an aggravating circumstance in setting the fine. As in the leniency context, the Commission indicates that it will refuse requests by third parties under the Transparency Regulation for access to any settlement documents.

1. Proposal for a Commission Regulation amending Regulation (EC) No 773/2004 as regards the conduct of settlement procedures in cartel cases and draft Commission Notice on the conduct of settlement proceedings in view of the adoption of Decisions pursuant to Article 7 and Article 23 of Council Regulation (EC) No 1/2003 in cartel cases. ( http://ec.europa.eu/comm/competition/cartels/legislation/settlements.html ) 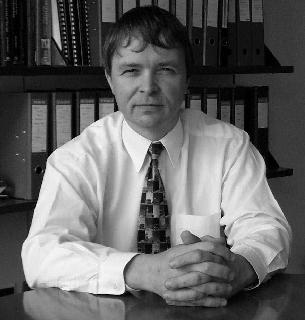