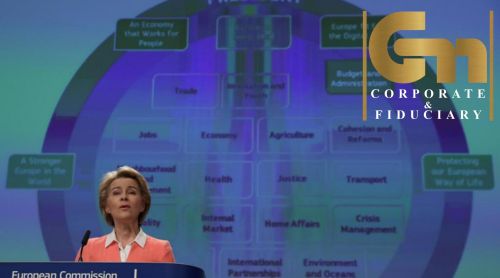 Call it the Greta Thunberg effect or not, politicians are factoring in measures to mitigate our massive carbon footprint into their policies. A case in point is the European Commission, now headed by Ursula Von der Leyen, which has recently published a series of guidelines entitled The European Green New Deal. The underlying strategy is a 5-year plan (the length of her tenure) aimed to boost the fledgling circular economy in the hope that it will eventually create the ripple effect from a national to an international modus operandi far beyond EU borders as more and more countries are realizing the dire urgency of going green.

What do these proposals target?

With the exception of the Czech Republic, Estonia, Hungary and Poland, EU member states have already agreed to work collectively towards this target. Needless to say, the success of this proposal depends on the mutual agreement of all member states. The leverage displayed by the EU Commission will be crucial to unite all fronts.

Rather than a new proposal, this is an extension of the already existing ETS which aims to cap the emissions by power plants where operators can trade emission allowances. As a result, ETS 2.0 will cover the construction and maritime sectors as well as reduce allowance allocated to airlines.

Apart from protecting European industry, this tax prevents carbon leakage by making no distinction among industrial polluters in third countries that are subject to EU fiscal obligations and environmental standards.

This entails an ambitious revisiting of the current 2030 target set at 40% below 1990 levels by the Paris Agreement signed in 2016 to 55%. It is a herculean task since the EU Commission will even have to contend with the impact of the US having opted out of the Paris accord.

Adopting green policies will both create and axe obs. The consequent negative impact on businesses and the economy will be cushioned by this fund prop0sal since it offers a reaching out to impacted communities.

Embracing and propelling the circular economy is all about working with sustainable resources and moving away from adding to the massive amount of harmful and toxic waste. This proposal focuses primarily on resource intensive sectors such as the construction industry. It also ups its fight against single-use plastic by targeting microplastics

The formidable investment required to develop green technologies that will in turn translate into economic viability provides the lynchpin of an up and running circular economy which also manifests an environmental mindset gone mainstream. Known as the Sustainable Europe Investment Plan, the proposed public finding aims to take the current EU Investment Plan to the next level by:

so as to bolster investment in green initiatives from 25% to 50%.

The European Green New Deal marks a significant step in the sustainability direction. Yet it will truly get going once Von der Leyen takes office.