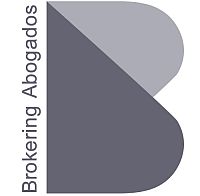 by Marlene Brokering
Brokering Abogados
0 Liked this Article
To print this article, all you need is to be registered or login on Mondaq.com.

On March 29th, 2016, Ex.Ord 43 from the Ministry of Health was published in the Official Gazzette, which approves the Regulation for the Storage of Hazardous Substances. This new regulation came into force on September 26th, 2016, repealing Ex.Ord 78 from 2009 as of this date. In the event of having to modify the facilities to meet the requirements of the order, there is a 2-year term; whereas in the mining industry, of which inclusion into the scope of this order is a novelty, the term can be extended to five years.

The scope set by Ex.Ord 78 will be maintained, that is: it is applicable to the storage facilities of hazardous substances, the latter being understood as those defined in the Chilean Standard 382 of 2013. Radioactive substances, explosives, flammable liquids and gases, storage made in port unit, infectious substances (class 6 division 2 of the Chilean Standard 382-2012), bulk solids in extraction industry works (if included, the substances stored in the support services or facilities of such works) and alcoholic beverages with more than 24% alcohol, are expressly excluded from the application of this Order.

Furthermore, under this regulation, the application of the following Official Chilean Standards are included: Nch Nº 2245:2015, regarding the Product Safety Data Sheet and Nch Nº 382:2013 regarding Hazardous Substances.

The new regulation broadens the cases in which a health authorization is required for functioning, leaving the following cases subject to such authorization:

Once the authorization is obtained, an obligation to make statements twice a year persists. Likewise, the authority must be informed if there are modifications or if there is a temporal or permanent closure. When the closure is for a term higher than one year, the authorization shall expire

These facilities cannot be located on the following sites:

The access to these facilities must be controlled. There will a person in charge of supervising the entrance of people and machinery, and of keeping record of the products that enter and exit the facilities. Likewise, there must be a site location plan of the company visible at the main entrance.

The regulation maintains the distinction between three ways of storing, in accordance to the amounts that are stored. There are special requirements for each one of them.

Hazardous substances can be stored in packages placed directly on the floor or on smooth non-absorbing material (with some exceptions that are listed in the regulation), in facilities that are not intended as warehouses, when their total amount does not exceed 600 Kg or Liters.

A total amount of 12 tons of hazardous substances can be stored in these warehouses. Special limitations are established for certain substances in particular.

When the hazardous substances exceed 12 tons they must be stored in special warehouses.

The order provides a matrix for determining the incompatibilities between different hazardous substances for the purpose of storing them.

The regulation is more demanding in matters of staff training. There is an obligation to train the personnel that works in these facilities at least once a year, while the former Ex.Ord.: 78 only required training every three years. The obligation of registering such training is maintained.

New rules in relation to these matters were introduced. In this regard, when picking or packing takes place inside the warehouses, every security condition set forth by the regulation must be complied with. And also, the staff safety conditions set forth in Ex.Ord. 594 of the Health Department must be preserved.

Likewise, it has been set forth that, after picking, the packing of substances must be performed in a special area intended for that, where substances from other warehouses shall be forbidden.

Regarding the production areas, special regulations that specify the requirements for cases in which there is bulk storage in production or packing areas have been established.

The obligation of having an examination program for the fire detection and extinguishing system in hazardous substances warehouses is added. The minimum frequency for these examinations varies from 3 months to 1 year, depending on the system used.