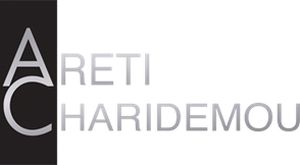 Cyprus House of Representatives adopted on 19th June 2020 the law to implement the directive (EU Anti-Tax Avoidance Directive (ATAD EU 2016/1164) that will be applied retrospectively as of 1st January 2020 with the exception of reverse hybrids which will be applicable as from 1st January 2022.

A. EXIT TAXATION (ATAD I) - Applied retrospectively as of 1st January 2020

A Cyprus company or the permanent establishment in Cyprus of a nonCyprus company shall be subject to tax at an amount equal to the market value of the transferred assets, at the time of exit of the assets, less their value for tax purposes, in any of the following circumstances:

1. The Cyprus tax resident company transfers assets from its head office to its permanent establishment in another Member State or in a third country in so far Cyprus no longer has the right to tax the transferred assets due to the transfer;

3. A Cyprus tax resident company transfers its tax residence to another Member State or to a third country, except for those assets which remain effectively connected with a permanent establishment in the first Member State;

''Market value'' is the amount for which an asset can be exchanged or mutual obligations can be settled between willing unrelated buyers and sellers in a direct transaction.

The exit taxation provisions are not applicable in the case of assets which are expected to return in Cyprus within a period of 12 months provided these assets relate to the financing of securities, assets provided as collateral or when the transfer of assets is made to meet prudential capital requirements or for the purposes of liquidity management.

In accordance with ATAD I, a taxpayer has the right to defer the payment of an exit tax by paying it in instalments over five years (subject to certain conditions).

If a taxpayer defers the payment, interest may be charged in accordance with the legislation of the Member State of the taxpayer or of the permanent establishment, as the case may be.

If there is a demonstrable and actual risk of non-recovery, taxpayers may also be required to provide a guarantee as a condition for deferring the payment.

Hybrid mismatch arrangements are arrangements exploiting differences in the tax treatment of instruments, entities or transfers between two or more countries.

Hybrid mismatches rules provide that: To the extent that a hybrid mismatch results in a double deduction, the deduction shall be given only in the Member State where such payment has its source.

To the extent that a hybrid mismatch results in a deduction without inclusion, Cyprus shall deny the deduction of such payment. And if a resident of Cyprus is the recipient of the payment Cyprus will tax the payment and neutralise the hybridity.

It is clear that the rules are typically limited to mismatches as a result of hybridity and do not impact the allocation of taxing rights under tax treaties.

Hybrid mismatches are considered as abusive and covered by the provisions of EU Tax Avoidance Directive when they arise :

a. Between associated enterprises

b. Between a taxpayer and associated enterprise.

c. Between a Head Office and its foreign PE

d. Between 2 or more PEs of the same company

Cyprus Law strictly follows, but does not go beyond, ATAD II's mandatory "minimum standards" aiming to address these hybrid mismatches. In addition, Cyprus decided to opt in for all possible exceptions provided for by ATAD II

If a hybrid mismatch results in:

i. Double Deduction (DD): a double deduction, any Cyprus-resident recipient will be denied the deduction, if a deduction is given to an overseas resident.

The National Interest Deduction does not give rise to hybridity issues. Hybrid mismatch rules apply to both Cypriot tax resident companies and foreign companies with a PE in Cyprus and applies the following hybrid mismatch arrangements

Based on the Anti-Tax Avoidance Directive in case of a hybrid financial instrument mismatch between two Member States leading to a deduction without an inclusion, the Member State of the payer should deny the deduction of the payment. A hybrid financial instrument mismatch between a Cyprus and a third country should be addressed depending on the jurisdiction of the payer.

This provision does not apply to a collective investment vehicle, such as an investment fund or any other multishareholder vehicle, holding a diversified portfolio of investments, which is subject to investor-protection regulation in Cyprus.

A hybrid transfer is an arrangement to transfer a financial instrument where the laws of two jurisdictions differ on whether the transferor or the transferee has got the ownership of the payments on the underlying asset.

The hybrid transfer rules recommended in the OECD report are particularly targeted at sale and re-purchase (repo) and securities lending transactions. Hybrid transfers are typically designed in financial centres and derive from complex structures.(e.g. if two companies enter into a sale and repurchase agreement over the shares of a special purpose vehicle (SPV) and one country treats the transaction as a sale and repurchase of the SPV shares while the other country treats the transaction as a loan secured through the SPV shares).

Cyprus will deny the deduction to the extent that the other jurisdiction(s) allows the duplicate deduction to be set off against income that is not dual inclusion income. However, if both jurisdictions are Member States and there is a double taxation treaty in place between Cyprus and the other Member State according to which the taxpayer is not considered to be a tax resident of Cyprus, the deduction will not be granted in Cyprus. In this case the Cyprus taxpayer will have to include the disregarded income of the foreign PE to its taxable income unless this is exempted under a valid double tax treaty.

Cyprus will disallow the deduction of a payment if the income from such payment is set-off, directly or indirectly, against a deduction that arises under a hybrid mismatch arrangement giving rise to a double deduction. The rule will not apply if one of the jurisdictions involved made an equivalent adjustment to the hybrid mismatched under consideration.

A dual resident mismatch may result in a double deduction outcome if a payment made by a dual resident taxpayer is deducted under the laws of both jurisdictions where the taxpayer is resident. In case of a dual resident mismatch between Cyprus and a third country, Cyprus should deny the deduction of a payment, but only to the extent that this payment is set-off against an amount that is not treated as income under the laws of the other jurisdiction (i.e. against income that is not "dual inclusion income").

In the event that both jurisdictions are Member States and/or there is a double tax treaty between them and the taxpayer is not considered to be Cyprus tax resident the deduction will not be granted in Cyprus.

A reverse hybrid entity is an entity incorporated or established in Cyprus that is treated as transparent for Cypriot tax purposes (e.g., partnerships) and one or more non-resident associated enterprises holding in aggregate a, direct or indirect, interest of at least 50% of the voting rights, capital ownership or rights to profit in such entity is/are located in a jurisdiction/jurisdictions that regards the entity as a person subject to tax in Cyprus.

In such case, the hybrid entity is treated as a company resident for tax purposes of Cyprus and its income is subject to (Corporate) Income tax and Special Contribution to the Defense Fund in Cyprus to the extent that such income is not subject to tax in Cyprus or elsewhere.

This provision will not apply, however, to collective investment vehicles provided they meet certain conditions (i.e., widely held, holds a diversified portfolio of securities and is subject to investor protection regulation).

It is understood that the provisions with regard to hybrid mismatches shall not apply to inconsistencies in the treatment of hybrid instruments arising until 31 December 2022 resulting from interest payment on the basis of a financial instrument to a related undertaking, where the following applies cumulatively:

(i) The financial instrument has the characteristics of conversion, rescue by own means or impairment

In adopting the ATAD provisions Cyprus has opted to adopt the available exemptions where Cyprus is the recipient jurisdiction and the deduction is not denied by the payer jurisdiction (e.g. because its source is in a third country). In this respect, Cyprus will not include in the tax computation of the recipient taxpayer the income deriving from the following payments:

(i) A payment to a hybrid entity when the mismatch outcome is the result of differences in the allocation of payments made to the hybrid entity;

(ii) A payment to an entity with one or more PE when the mismatch outcome is the result of differences in the allocation of payments;

(iii) A payment to a disregarded PE;

(iv) A deemed payment between the head office and PE or between two or more PEs when the mismatch outcome is the result of the fact that the payment is disregarded under the laws of the payee jurisdiction;

ARTICLE TAGS
Cyprus Tax Income Tax Tax Authorities Tax Treaties
POPULAR ARTICLES ON: Tax from European Union
Cyprus Tax Facts 2021 - Corporation Tax
BDO Ltd
All companies tax resident of Cyprus are taxed on all their income accrued or derived from all sources in Cyprus and abroad.
Cyprus Tax Facts 2021 - Personal Income Tax
BDO Ltd
All Cyprus tax residents are taxed on all income accrued or derived from all sources in Cyprus and abroad.
A Commentary On The Future Of Work
Ernst & Young Cyprus Ltd
On March the 30th EY Cyprus organised a webcast with the topic "The future of work and the future of Skills".
Are These The First Moves Towards A Minimum Worldwide Corporate Tax Rate?
Dixcart Group Limited
There has been discussion for many years regarding potential major changes to the way that international corporation tax is collected.
Amendment To Assessment And Collection Of Taxes Law Extends Deadlines For 2020 Tax Return Submissions And Provisional Tax Payments
Elias Neocleous & Co LLC
An amendment to the Assessment and Collection of Taxes Law has been passed by the House of Representatives and was published in the Official Gazette 20 April 2021.
Cyprus Tax Facts 2021 - Capital Gains Tax
BDO Ltd
The gains from the disposal of shares in companies which own immovable property in Cyprus and that are not listed in any recognized Stock Exchange.
FREE News Alerts
Sign Up for our free News Alerts - All the latest articles on your chosen topics condensed into a free bi-weekly email.
Register For News Alerts
Article Tags
Cyprus Tax Income Tax Tax Authorities Tax Treaties
Related Articles
Tax Treatment For Loans To The Shareholders / Directors From Cyprus Company Areti Charidemou & Associates LLC
The Double Taxation Treaty Between Cyprus And The USA AGP Law Firm | A.G. Paphitis & Co. LLC
What Are The Main Benefits Offered By The Cyprus Non-Dom Regime? Dixcart Group Limited
Cyprus Tax Facts 2021 - Stamp Tax And Registrar's Fees On Issue Of Capital BDO Ltd
Cyprus Tax Facts 2021 - Company Levy BDO Ltd
Mondaq Webinars
Future Series: The Future of Employment Law in Canada - Current Trends and Predictions
CCPartners
Webinar Ontario Canada
How Executives Can Enhance Their IP Strategy and Performance in Switzerland
Swiss Business Hub UK + Ireland c/o Embassy of Switzerland
Webinar London UK
More Webinars
Comparative Guides
Alternative Investment Funds
Aviation Regulation
Blockchain
Corporate Tax
Data Privacy
More Guides
Mondaq Advice Centres
Global
Trademarks in SAARC Countries
Global
Investment Immigration
More MACs
Upcoming Events
Mondaq Social Media