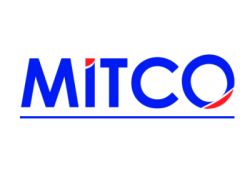 by KC Li, LLM, TEP
Mauritius International Trust Co Ltd
To print this article, all you need is to be registered or login on Mondaq.com.

1. Mauritius Qualified To Quota-Free & Duty Free Exports To The US Market

Mauritius is the second African country, after Kenya, to have been qualified to export textile and other manufacturing products to the United States without any restriction under the Africa Growth and Opportunity Act.

At the eve of her departure from office, former US Trade Secretary of State, Charlene Barshefsky notified the Mauritian Ministry of Commerce that Mauritius has been qualified under the Africa Growth and Opportunity Act (AGOA) to export without restriction textile and other manufacturing products to the US.

In her letter addressed to the Minister of Commerce, the US Trade Secretary of State wrote:

"I am determined that Mauritius has adopted an effective visa system and related procedures to prevent unlawful transshipment and the use of counterfeit documents in connection with shipments of textile and apparel items under AGOA and has implemented or is making substantial progress towards implementing, the required customs procedures.

Accordingly, I have issued a Notice to be published in the Federal Register announcing my determination that Mauritius has satisfied the AGOA's requirements and may begin receiving the textile and apparel benefits of the AGOA. Moreover, in accordance with section 112 (c) of the AGOA, I have instructed U.S. Customs to eliminate the existing quotas on imports of textile and apparel articles from Mauritius".

Press Communique Of The Ministry Of Industry, Commerce And International Trade.

‘‘Clearance has been issued by the US Authorities for quota free and duty free entry of apparel and textile products from Mauritius to the United States of America under the Africa Growth and Opportunity Act (AGOA) which provides inter-alia for the implementation of an effective visa system. Details of the visa arrangements are available at the Foreign Trade Division of the Ministry of Industry, Commerce and International Trade.

In this context, the implementation of the visa system, manufacturers and exports are required to fulfil certain requirements which are laid down in Government Notice No. 193 of 2000.

All eligible manufacturers and exporters intending to take advantage of the preferential treatment under AGOA are requested to register themselves with the Foreign Trade Division, Ministry of Industry, Commerce and International Trade, 4th Floor, Anglo Mauritius, Port Louis.

The manufacturers and exporters are also informed that the Textile Certificate of Origin Form as well as the Export Declaration Form as required under the AGOA and Government Notice No. 193 of 2000 are available at the Mauritius Export Processing Zone Association.

For additional information, the Foreign Trade Division of the Ministry of Industry, Commerce and International Trade may be contacted on telephone number 201 1072 or 201 1079. ’’

Please contact us for any information that you may need about this tremendous opportunity for your textile manufacturing clients to relocate their factories and plants to Mauritius to enjoy the benefits under AGOA, i.e exports to the US market on a duty free and quota free basis.

2. Mauritius – The Largest Source Of Foreign Direct Investment In India

During the period January-September 2000, Mauritius was the largest source of foreign direct investment (FDI) into India according to the Confederation of Indian Industry. FDI worth US$ 1.10 billion from Mauritius was approved during this period. This amounts to 25 per cent more than the US, its nearest rival, which has US$ 877 million as FDI approval. Mauritius is the only country which has exceeded the one billion dollar mark.

The reason for Mauritius emerging as a favoured source of FDI into India is the low income tax regime and the favourable DTA with India which has the attractive benefit of exempting capital gains from taxation in India. Since the tax rates prevailing in Mauritius are amongst the lowest in the world, many multinationals prefer to route their investments through India.

Mauritius Prime Minister paid a 9-day visit to India this month and made a strong pitch for Indian assistance for the development of a "cyber city" in Mauritius, that would offer substantial concessions to investors. In this connection, Infosys Technologies, which has 15% of the software exports market in India, has been granted 5 hectares of State land in Mauritius for the development of its intelligent building complex and training centre. Various joint venture projects have been explored with Indian software companies for investment in Mauritius to develop software for French speaking Africa.

Government of Mauritius recently held a Stakeholders’ Summit on Information and Communication Technology (ICT) to evolve a national consensus for creating a knowledge based economy and making the whole of Mauritius an IT free-zone. In this context, Government will provide a package of incentives to promote software development, consultancy services, assembly of hardware, digital capture, e-education and call centres, maintenance service and e-commerce among others.

Government has also earmarked USD 50 million for the provision of IT facilities to the education sector.

A scheme has been launched to attract foreign IT professionals to meet the current shortage of qualified manpower in Mauritius. Thus, the processing of visa and work permit facilities will be simplified.

Telephone density, which was a low 4 per 100 inhabitants prior to 1982, has risen to 23 - the highest in this region and with faster connectivity by next year. There are presently some 100,000 Internet users and 31,500 Internet hosts and this is increasing day by day. Mauritius compares favourably with countries in the region. South Africa, for instance, has a connectivity rate of 15 per 100.

The Government firmly believes that it is within the reach of Mauritius to join the main players of the New Economy.

6. Another Outstanding Year For The Mauritius Offshore Sector

Year 2000 has been marked by a significant increase in the number of offshore entities registered . As at 31st December 2000, the Mauritius offshore industry registered a record 3500 new entities and the total number of entities hit the 14,000 mark. This performance can be attributed mainly to the non-inclusion of Mauritius in the OECD blacklist of tax havens and other positive reports of the UN and FATF on Mauritius

For recall, Mauritius along with Cayman Islands, Cyprus, Malta and San Marino were left off of this list after having pledged to meet international norms by 2005. Furthermore, the report of Financial Action Task Force (FAFT) had identified Mauritius as a co-operative country in the fight against money laundering. In this same context, it is also worth pointing out that Mauritius is not on the " blacklist" of the UN nor the EU.

ARTICLE TAGS
Mauritius Corporate/Commercial Law Employment and HR Finance and Banking Capital Adequacy/BASEL Debt Capital Markets
POPULAR ARTICLES ON: Corporate/Commercial Law from Mauritius
BVI Companies: A Guide
Mourant
The British Virgin Islands (BVI) is a leading offshore financial centre, providing robust yet flexible corporate structures within a politically safe and low cost jurisdiction.
Tax Residency, Corporate Governance And Directors' Decision-making: Update
Carey Olsen
Corporate governance and directors' decision-making can affect the tax residency of an entity.
Cayman Economic Substance Updates
Conyers
The Department for International Tax Cooperation ("DITC") has advised that the DITC Portal (which will be used for a range of regulatory notification and reporting purposes) opened in early November.
Carrying On Business In The Cayman Islands
Mourant
Generally, any person that carries on a trade or business in or from within the Cayman Islands must hold a licence issued under the Trade and Business Licensing Act (as amended) in respect of each location ...
A Fresh Glance At Reflective Loss And Shareholder Remedies
Collas Crill
This is an update of our article of 19 June 2019 to advise that the reflective loss rule no longer applies to claims by creditors, following the Supreme Court's ruling on 15 July 2020 to reverse the Court of Appeal's decision on the cited Marex case.
The Importance Of Escrow
The Sovereign Group
Escrow is the term used when funds or assets are held by a neutral, jointly-appointed third party on behalf of two contracting parties, subject to a transaction being completed between them (typically a contract of sale), ...
FREE News Alerts
Sign Up for our free News Alerts - All the latest articles on your chosen topics condensed into a free bi-weekly email.
Register For News Alerts
Article Tags
Mauritius Corporate/Commercial Law Employment and HR Finance and Banking Capital Adequacy/BASEL
Debt Capital Markets
More Tags
Related Articles
The Mauritius Shareholding Trust (MAST) AXIS Fiduciary Ltd
Boosting Mauritius' Reputation As A Key Enabler Of Trade Ocorian
Global Business Industry: Addressing The Existential Threat AXIS Fiduciary Ltd
FSC – Exemption From The Requirements Of Rule 6(c) And (d) Of The Securities (disclosure Obligations Of Reporting Issuers) Rules 2007 AXIS Fiduciary Ltd
Re-Domiciliation Of A Company To Mauritius – An Interesting Proposition! AXIS Fiduciary Ltd
Mondaq Webinars
Employment Law: Challenges that Lie Ahead for UK Employers in 2021
Stewarts
Webinar London UK
Fraud and Asset Recovery in England - Building an Effective International Strategy
PCB Litigation LLP
Webinar London UK
More Webinars
Comparative Guides
Alternative Investment Funds
Corporate Tax
Mondaq Advice Centres
Global
Trademarks in SAARC Countries
Global
Investment Immigration
More MACs
Upcoming Events
Mondaq Social Media