Canada: The Role Of Critical Minerals In The Energy Transition: A Canadian Perspective (Part 4)
Energy Bulletin

Fasken's lawyers have begun a series on the role of critical minerals in energy transition from a Canadian perspective, bringing fresh insights on issues of mining, energy, environmental, Indigenous, climate change, tax, and national security. In the first, second and third instalments of this series, we examined the role of the Canadian federal government as well as the provinces of Québec and Ontario. In this fourth instalment we examine the initiatives taken by the province of British Columbia.

In an information circular on rare metals, the B.C. Geological Survey has this to say about rare metals in British Columbia:

Historically exploration for rare metals has been sporadic. Although a number of occurrences and prospects have been identified, few have advanced to developed resources or reserves. Carbonatite and syenite complexes host British Columbia's most advanced rare earth niobium and tantalum prospects. Specialty metals concentrations are also known in mineral occurrence types such as pegmatite/granite, placer/paleo placer, sedimentary phosphate, and skarn. Source.

The province of British Columbia has not released a plan or discussion paper on critical minerals such as Québec or Ontario, but it has indicated in its Clean BC Plan1 a willingness to put the province on a path to a low-carbon economy. 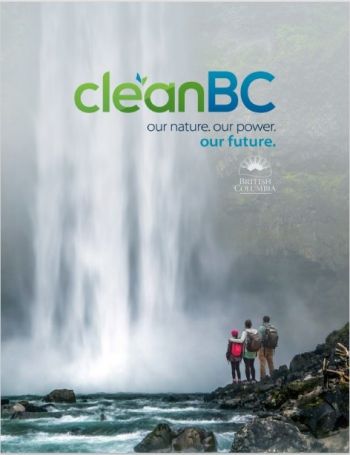 For example, BC wants every new car sold in province to be a zero-emission vehicle within 20 years.

Even if Clean BC does not mention the role of critical minerals and their salience in the energy transition, it does not mean that the topic is ignored in BC. British Columbia is a leading supplier of low carbon metals and minerals that are essential for clean energy vehicles, renewable energy infrastructure and consumer technology. It also says that the mining sector is a leader in advancing economic reconciliation with BC's Indigenous peoples through numerous agreements and partnerships in that the mining industry is the largest private sector employer of Indigenous peoples in Canada.

The Innovation Roadmap2, published by the Mining Association of British Columbia, refers to the Canadian Minerals and Metals Plan (CMMP), stating that the Roadmap and the CMMP are aligned on the following six strategic directions: 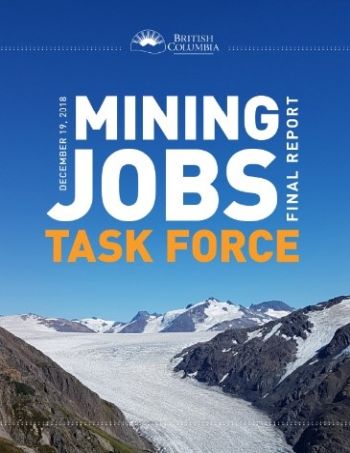 The BC government report on the Mining Jobs Task Force4 indicates:

As the demand for clean energy grows, so too will the associated need for the metals and minerals used to manufacture those technologies. BC is already a major producer of metals used in solar power cells, as well as the coal used to make steel that goes into wind turbines. The inherent connection between these two industries represents significant opportunities at the provincial level. This new reality is highlighted by government's recent commitment that by 2040 all new cars and trucks sold in BC will be zero-emission vehicles. A clean energy vehicle can require up to four times the amount of copper as a standard combustion engine and 600 kg of metallurgical coal. On a global basis, this transition represents a tremendous opportunity for future growth.5

There are 14 major operating mines in BC-primarily mining copper, steelmaking coal, silver, zinc, gold, lead and molybdenum-and two smelters. Additionally, mineral exploration activities in the province are robust, establishing a strong pipeline of future potential mines. Today, BC is one of the world's leading suppliers of metals and minerals that are essential for creating the types of products needed to transition to a low carbon economy such as electric vehicles and renewable energy infrastructure, and consumer technologies we rely on every day like iPhones. Our resources are helping to fight back against the COVID-19 pandemic; BC produces 20 per cent of the world's germanium, a key component in thermal scanners. BC's mining companies meet the highest standards of environmental, social and governance performance.6

In the same vein, in the section of the report describing the progression of the global mining sector, we read:

A World Economic Forum report has mapped several overarching trends that are influencing the mining and metals sector, key among them is the transition to a low-carbon economy. Demand for most minerals is projected to be high in order to achieve the clean energy transition, according to the report. Given that low-emission energy and transportation systems are more mineral-intensive than their fossil fuel-based counterparts, the transition provides a great opportunity for the mining sector. At the same time, the mining sector will have to reduce its own emissions. Mining companies that power their operations with renewable energy, operate clean energy truck fleets and integrate recycling in their value chains will be best placed to sell low-carbon premium minerals, concludes the report.

BC's mining sector is well positioned 28 BC Mining Innovation Roadmap | Mining Association of BC to capitalize on its sustainable mining practices and potential to supply the world's critical minerals in the low-carbon future.7

And the final report of the Emerging Economy Task Force8 presented in March 2020 to the government of British Columbia, we again see a reference to metals and the energy transition: "Metals mined in BC also help build the global renewable-energy infrastructure."9

In British Columbia, BC Hydro offers discounted industrial electrification rates. The Clean Industry and Innovation Rate10 is intended to support and attract new and innovative industries to British Columbia by reducing the costs to connect to BC Hydro's grid. Clean industry customers that operate plants using processes that produce renewable or low carbon fuel or remove greenhouse gases from the atmosphere may qualify. The Fuel Switching Rate11 is intended to encourage existing and new industrial customers to electrify their operations by connecting into BC Hydro's grid, instead of relying on fossil fuels. New customers that can demonstrate a reduction in greenhouse gas emissions through connection to the grid may qualify. Existing customers that modify or expand their plant to take additional electricity from BC Hydro, reducing reliance on fossil fuels, may also qualify.

In the next section of this series, we will examine what the three Prairie provinces, Alberta, Saskatchewan and Manitoba, have done to catalyze the exploration and exploitation of critical minerals.