Canada: The Role Of Critical Minerals In The Energy Transition: A Canadian Perspective (Part 2)
Energy Bulletin

Fasken's lawyers have begun a series on the role of critical minerals in the energy transition from a Canadian perspective, bringing fresh insights on issues of mining, energy, environmental, Indigenous, climate change, tax, and national security law. In the first instalment of this series, we examined the role of the Canadian federal government.

In this second instalment, we examine the initiatives taken by the Province of Québec.

In 2020, Québec released the Québec Plan for the Development of Critical and Strategic Minerals 2020-2025 1. 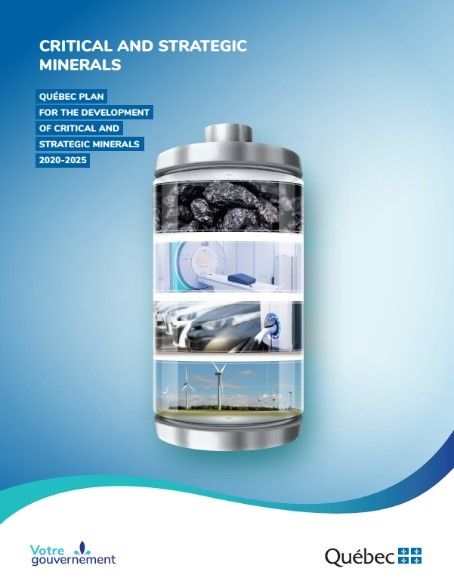 What is striking in the Québec plan is its enthusiastic tone. Québec Premier François Legault says in his opening statement, "Québec is fortunate enough to have immense reserves of natural resources to capitalize on in order to fuel a green economic recovery." 2 He adds that Québec already supplies clean energy using hydroelectric dams province-wide, and that the province houses critical and strategic mineral deposits of essential value for the electrification of the economy.

Clearly, the Québec government has ambitions to reduce Québec's dependence on fossil fuels, and sees an opportunity to "build a greener, more prosperous and prouder Quebec." 3 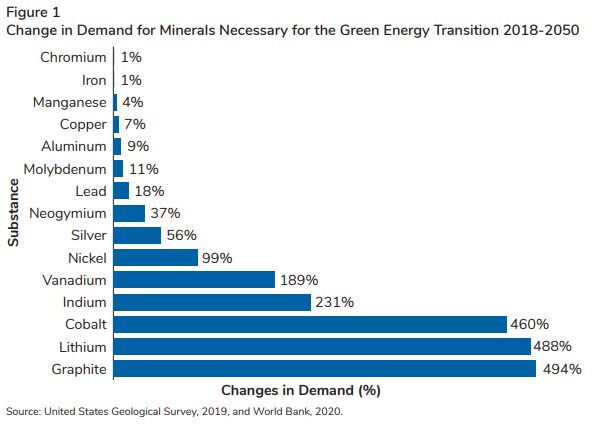 The Québec government has already published a number of more general policies to that effect, especially the Electrification and Climate Change Framework Policy. 4 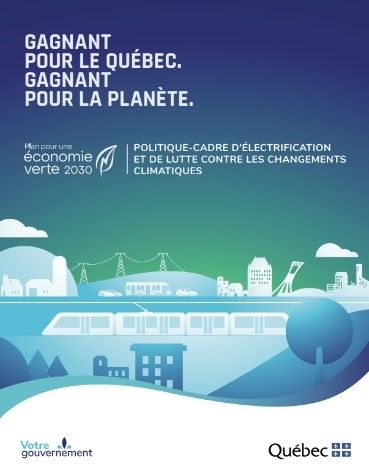 The core of these policies is the electrification of the economy and the replacement of fossil fuels by renewable energy. Two goals stand out: the promotion of electric vehicles and energy storage – both require a substantial increase of critical minerals.

There are already mines of lithium, graphite, cobalt, the platinum group elements, the rare earth elements, niobium, titanium and vanadium in Québec. Applications for new projects mining lithium, spodumene, tantalum and graphite are currently undergoing the approval process 5, as are applications to expand existing projects.

Critical to the development of these projects is the cooperation of and partnership with Indigenous communities. Comprehensive land claims agreements (known as modern treaties) have been signed with the Cree, Inuit and Naskapi in Québec, 6 in which there are procedures governing land use and development within the land claim area. For mining projects not governed by modern treaty in Québec, the federal and provincial governments have the duty to consult Indigenous peoples in the licensing and authorization process, as explained in the first instalment of this series. While the legal duty to consult rests with the Crown, procedural elements of consultation are often delegated to industry proponents for specific projects. 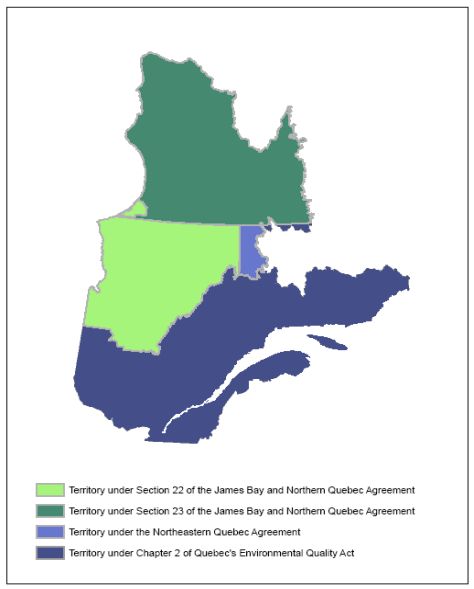 Map of territories of Québec governed by modern treaty. Source: James Bay Committee on the Environment

The Québec plan makes note of a memorandum of understanding signed in 2020 between Québec, the Grand Council of the Crees (Eeyou Istchee) and the Cree Nation Government known as the Grand Alliance. Its goal is to develop and protect Cree territory while "offering predictability and stability of investment in mining development" by focusing on infrastructure projects to support mining initiatives on Cree lands.

There are four "orientations" in the plan, divided into 11 objectives and 22 calls to action to ensure the development of mines of critical minerals:

Orientation 1: Increase Knowledge and Expertise on Critical and Strategic Minerals 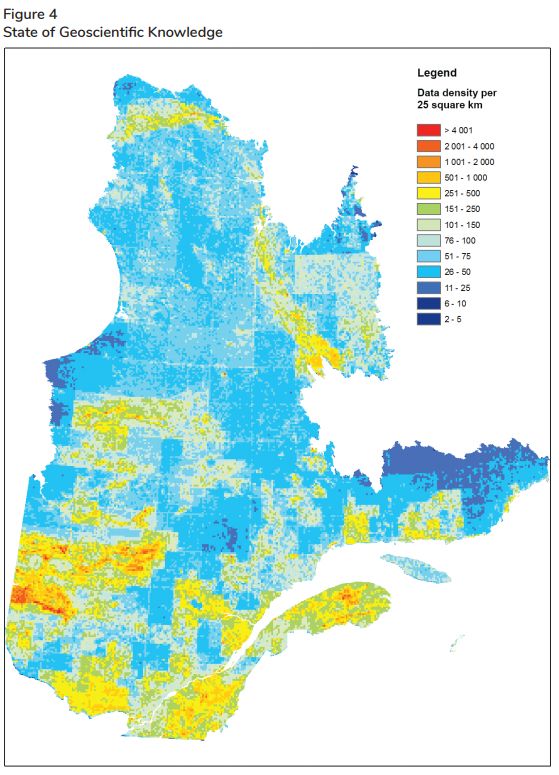 Figure 4 shows the state of geoscientific knowledge and, as the report puts it, it must be recognized that there is a whole world to explore and wealth to discover, especially in northern and eastern Québec, the blue areas on the map.

In that vein, the objectives and the calls to action under this strategic orientation aim to acquire new geoscientific knowledge about the potential critical and strategic minerals in Québec.

Although Québec has mineral occurrences that confirm the presence of multiple CSMs [Critical and Strategic Minerals] in its territory, the knowledge is still partial and does not allow adequate evaluation of its full CSM potential. From 2020 to 2025, the government will intensify its geoscientific work to identify the sectors conducive to exploration for CSM deposits in order to support the discovery of new mines. 7

Readers of this series will notice this is a common theme.

The plan is based on a financial framework of $90 million for the 2020-2025 period for which the funding was announced in the 2020-2021 Budget Plan. Of that sum, $31.6 million is allocated to Orientation 1, and the actions are identified as follows in the plan:

A sum of $43 million over five years is allocated to this orientation. The calls to action that forms part of Orientation 2 are as follows:

We note that certain tax measures particularly encourage capital investments, especially in regions, such as the tax holiday for major investment projects and the investment and innovation tax credits. Concerted action by those responsible for the tax measures deployed by the government will also be organized to assess the possibilities and adapt them to stimulate CSM industrial processing projects in the producing regions. 8

Orientation 3: Contribute to the Transition to a Sustainable Economy

A sum of $9.4 million over five years is allocated to this orientation. The calls to action that form part of Orientation 3 are as follows:

A sum of $6 million over five years is allocated to this orientation. The calls to action that form part of Orientation 4 are as follows:

In the Québec Economic Plan of 2016, the government included a program intended to stimulate capital investment by large industrial companies located within the province. Industrial consumers of electricity that qualify for a Rate L contract are provided with several options to reduce the cost of electricity.

Rate L applies to annual contracts that provide for a minimum of 5,000 kW or power that is used principally for an industrial activity. If equipment is used that can step down the voltage of electricity delivered to a plant, consumers may qualify for a monthly credit on demand charges. Exemptions from charges are available to Rate L customers who are able to lower consumption at the request of Hydro Québec and who may experience an increase in power demand in connection with the installation of new equipment or a new facility. In addition, the Industrial Revitalization Rate is available to Rate L customers, providing an advantageous price to customers that return unused production capacity to operation or who convert an industrial process that is currently powered by fossil fuel to electricity.

In the next instalment of this series, we will examine what Ontario has done to catalyse the exploration and production of critical minerals.

6 The James Bay and Northern Québec Agreement (1975, the "JBNQA") between Québec, Canada, Hydro-Québec, the Grand Council of the Cree and the Northern Québec Inuit Association was the first modern treaty signed in Canada. The Northeastern Québec Agreement (1978) was signed between the aforementioned parties and the Naskapi Band of Schefferville, establishing similar rights to those acquired by the Cree and the Inuit under the JBNQA.