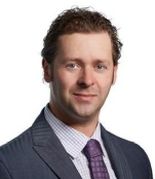 This is the story of how Jonathan Sparrow, Founder, Owner and CEO of Go Oil Canada created a company that would become Canada's largest mobile oil change franchise.

The next milestone was to obtain the first service van and shortly after that, Jon applied to the Red River College ACE Project Space. ACE Project Space gave Jon four co-op students, which helped him to build an on demand, online booking system.

Next, Jon started working with his mentors, Kelly and Cathy from Tan FX on developing a franchise system. Then in April 2018, Jon met Danielle Grzybowski from TDS. Jon said, "Over the summer of 2018, Danielle and TDS helped me to incorporate and worked on my franchise agreements." Jon says, "I recall telling Danielle, we want to grow and become your biggest client". Over the next 6 months, Jon and his legal team finalized Go Oil Canada's disclosure agreements.

Go Oil Canada's ideal client are those who need to save time. Jon says, "Your vehicle is sitting while you're at home, it's sitting while you are at work, or at play. Our service is easy and quick through our online booking system and our services are available at anytime." Jon adds, "We work around our customer's busy schedules, so we go 24-7." It is important to note that Go Oil Canada only offers services to customers where the services are warranty approved with the car manufacturer.

Go Oil Canada is growing and expanding rapidly. In the past 6 months, they have sold 12 franchises across Canada and 279 people have applied to buy franchises. The company of 13 employees, most of which are developers, is currently operating in Manitoba (with their head office in Winnipeg), Ontario, Saskatchewan, Alberta and British Columbia. Next, they have their sights on Atlantic Canada.

The company, which Jon describes as 'a tech company', is now on track to have over 25 franchises before the fall of 2019 and they are now Canada's largest mobile oil change franchise company.

When asked about what the future brings, Jon says, "In late 2019 we are looking at the US. We now have supply chain relationships across Canada. In the years to come we will be looking to scale internationally, beyond Canada and the U.S."

While it is critical to be forward looking, it is also important to look back. When Jon is asked, "What advice would you give to 16 year old Jon Sparrow?" Jon replies "Well I dropped out of high school at age 16 to start my own company. I have been an entrepreneur for over 7 years and I am now on company number five. With that in mind, I would offer my 16-year-old self the following four pieces of advice:

Jon ends with commenting on what he loves the most about building and running Go Oil Canada, which is working with the team. Jon says, "The team is more than just the Go Oil Canada employees, it is a whole community. It is our law firm TDS, our accountants, North Forge and others. Everyone on the team is pulling together to move the business forward to achieve our goals."