by James C. Tory
Torys LLP
Your LinkedIn Connections
with the authors

Canadian corporate and securities regulatory laws are in a state of uncertainty about a fundamental corporate governance question – namely, the relative roles of directors and shareholders in making decisions on transformative transactions for a corporation. Should directors play the primary role as part of their responsibility to manage the business and affairs of the corporation? Or should shareholders, as the owners of the corporation, have the ultimate say? This question arises most dramatically in the context of hostile takeover bids when the target board undertakes defensive tactics that could preclude shareholder access to the offer. (This particular aspect of the issue is the subject of Trend 4, below.) However, the question arises more broadly, as evidenced by the recent Ontario court and securities regulatory decisions regarding the Magna plan of arrangement and last year's securities regulatory decision in Ontario concerning the "merger of equals" between HudBay Minerals and Lundin Mining.

The current state of the law lacks coherence, resulting in an unfortunate unpredictability. However, the lesson from recent decisions for Canadian boards struggling with controversial transactions would appear to be: when in doubt, let the shareholders decide.

Shareholder primacy is embedded in the governance framework established by Canadian corporate statutes. It is shareholders

BCE and the Stakeholder View of the Corporation 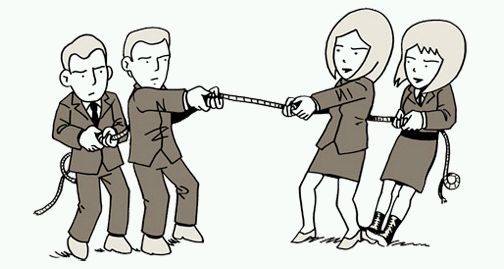 Very unusually, the board made no threshold determination that the transaction, including the spinout of Magna's electrification business, was in the best interests of Magna. The board simply determined that it would be in Magna's best interests for the transaction to be put to shareholders for a vote. This was unusual because a fundamental change transaction is normally not put to shareholders for approval unless and until the board has determined that the transaction is in the best interests of the corporation. It is important that the board make this threshold determination, particularly given the BCE stakeholder view of the corporation, because board decisions are fiduciarily constrained and the directors are accountable for their decisions to all affected stakeholders. Shareholders, in contrast, are free to vote their shares in their own interests and are accountable to no one.

After the Magna arrangement transaction was approved by a substantial majority of shareholders, the court approved the transaction as fair and reasonable. In reaching this conclusion, the court relied principally on the shareholder vote and on what the court described as the "principle of corporate democracy," according to which "a vote of affected shareholders is a recognized means of addressing controversial transactions." This endorsement of shareholder primacy is hard to reconcile with the stakeholder view of the corporation promulgated in BCE according to which the interests of the corporation are not to be equated with shareholder interests.

The Magna transaction was also the subject of an Ontario Securities Commission hearing. The OSC, like the court, determined that whether the transaction should proceed "is a business and financial decision that shareholders are entitled to make." The OSC's affirmation of shareholder primacy, despite BCE, was no surprise in light of the OSC's decision the previous year in the HudBay Minerals/Lundin Mining matter. In that decision, the OSC gave HudBay shareholders a veto that they do not have under the corporate statutes over a "merger of equals" transaction that the HudBay board determined was in HudBay's best interests. The OSC's decision was based on its concern for the fair treatment of shareholders in order to foster confidence in the capital markets.

When in Doubt, Let the Shareholders Decide

These decisions leave Canadian corporate and securities regulatory laws in a state of incoherence on the relative roles of the board and shareholders in transformative transactions. The logic of BCE suggests that it would be wrong for the board simply to defer to shareholders or to give shareholders a veto over decisions for which the corporate statutes assign responsibility to the board. However, what BCE suggests would be wrong is what the courts and securities regulators endorsed in Magna and HudBay. Neither the courts nor the securities regulators have faced up to this contradiction. Until they do, Canadian law will be unpredictable. However, the lesson in the meantime for Canadian boards struggling with controversial transactions would appear to be: when in doubt, let the shareholders decide.