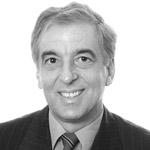 Queensland is currently experiencing one of the wettest summers on record which, at the time of writing, shows no sign of relenting as the Bureau of Meteorology continues to issue flood warnings for heavy rain and flash flooding over much of northern and eastern Queensland.1

It is timely that the State government have sought to update State Planning Policy 1/03: Mitigating the Adverse Impacts of Flood, Bushfire and Landslide (the policy) and provide practical guidance to Local Governments on how to incorporate the impacts of climate change in planning policies.

The State Office of Climate Change and Department of Infrastructure and Planning have partnered with the Local Government Association of Queensland on the Inland Flooding Study to improve Queensland's resilience to extreme flood events due to climate change.

This 5 per cent increase in rainfall intensity per degree of global warming can be incorporated into the 1-in-100, 1-in-200 and 1-in-500 year flood levels for the location and design of new development in the State Planning Policy 1/03. This climate change factor is limited to flood risk management for planning purposes as described by the policy and does not extend to more frequent events such as a 1-in-50 year flood or more extreme events than a 1-in-500 year flood.2

The study recommends that local governments should use the following temperature increases and planning horizons for the purpose of applying this climate change factor: 2°C by 2050, 3°C by 2070 and 4°C by 2100.3

The State government have foreshadowed that further guidance will be provided to local governments from the review of the policy scheduled for completion in 2013.

In addition, the climate change factor of 5 per cent will also be reviewed when a national position on how to factor climate change into local flood studies is carried out under the Australian Rainfall and Runoff Engineers Australia Publication (AR&R). However, the State Government have indicated that this information won't be available before 2014.4