Australia: Is social stigma towards bankruptcy and liquidation useful?

STRONG INSOLVENCY LAWS ARE CRUCIAL TO A STRONG AND HEALTHY ECONOMY.

Typically, bankruptcy and liquidation isn't chosen unless there's no other choice. In many circumstances, it's too late-if advice was sought earlier, it could prevent the situation from occurring. Even with the financial drawbacks and restrictions associated with an insolvency appointment, these mechanisms provide a chance for a new start and a way to learn from mistakes.

Even though bankruptcy and liquidation are prevalent in our society, a stigma persists-albeit it's lessening with the position changing. This article dives into the origins and revolutions, and why strong insolvency laws are crucial to a strong and healthy economy.

Bankruptcy as a concept first arose in the ancient Greek civilisation, whereby people were forced into debt slavery when unable to repay outstanding debts. The slavery period was meant to last for five years; however, the creditor had the final say on when they were satisfied that the debt was sufficiently recouped. 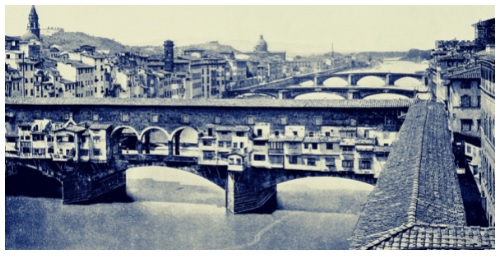 The word 'bankruptcy' derives from the Italian word 'banca rotta' meaning "broken bench" or "broken bank". When medieval trading merchants set up shop on Florence's Ponte Vecchio, they aimed to capitalise on all foot traffic crossing back and forth over the famous bridge. When merchants couldn't pay for local taxes or debts owing to other merchants, this gave the then police the right to literally break the merchant's table, ultimately causing them to lose their job and income. This public display was obviously very visually shaming. However, from an economic perspective: this action prevented further insolvent trading.

A few hundred years later the Statute of Bankrupts (1542) was introduced in Medieval England, which represented the first written legislation on bankruptcy. In the 16th century, bankrupts were seen as criminals, however in 1705, the new and improved Bankruptcy Act gave the Lord Chancellor of England the power to discharge a bankrupt once their debt was fully repaid.

Clearly bankruptcy as a concept and a lawful mechanism has been around for an incredibly long time. From Ancient Greece's debt slaves, to the criminalisation of bankrupt individuals in Medieval England, historical attitudes have played a big role in why stigma and shame exists around being able to pay debts. Inherently, there are disadvantages and restrictions associated with entering into bankruptcy or liquidation; however, there are also arguments that insolvency is critical to any growing economy.

Why insolvency laws are important

Our government and the Organisation for Economic Co-operation and Development (OECD) recognises how crucial promoting growth in society is, along with well-placed 'exit strategies' for individuals and businesses. This effectively means that countries must promote innovation and entrepreneurship, rather than hinder these initiatives. This is generally achieved with well-structured insolvency laws, protecting creditors and entrepreneurs simultaneously.

On a broader level, our government has placed extra importance on economic innovation, as the mining boom begins to slow down (putting aside COVID-19 as a global economic challenge). How the government encourages and regulates risk is integral to its local entrepreneurship; and must strike the balance between promoting business risk-taking and minimising the possibility of risk-taking abuse (reckless company misconduct). This places insolvency laws at the centre of government agenda; and it is an important marketplace mechanism for countries to find that compromise.

If we look at the United States, the US Bankruptcy Code (colloquially: Chapter 11) is widely considered the most liberal bankruptcy regime in the world where great emphasis is placed on rescuing financially struggling companies and individuals. In recent decades, insolvency laws have extensively changed in the UK, Germany, and Canada, modelled on the US Bankruptcy Code. And on home ground, in response to COVID-19's economic impact, new small business insolvency law became effective on 1 January 2021, again designed on the US-style debtor-in-possession model. Certainly, the value of an effective insolvency regime is recognised as a driver of innovation and evolution in a modern economy.

Is the social stigma justified?

Individuals are often reluctant to enter into bankruptcy or liquidation due to the negative perception of doing so, and the fear of embarrassment and feeling ashamed. Shame can be large barrier to people seeking advice and therefore discovering options when under financial pressure and in a stressed state. It is important to remember, that even though bankruptcy and liquidations are recorded on public registries (e.g. National Personal Insolvency Index) and credit reports for certain durations, usually only the solicitor/accountant, creditors, and those told are who actually ever find out about the arrangement in place. Once notice is sent to relevant stakeholders, individuals are usually more receptive (not minimising the impact on and significance of creditors' losses) and discover that bankruptcy or liquidation is not as rare as they thought, particularly in a post COVID-19 world.

Insolvency law exists to remove impossible financial obligations in a way which is transparent and fair to all. It aims to bring about financial recovery and financial equity. It does not exist to punish or shame people. A viable insolvency regime is crucial to any economy. It must maintain competitiveness in all markets, see stronger companies thriving and weaker ones not surviving. Without this competition, monopolies would ensue and result in an economy controlled by a select few. Given that market competitiveness is natural, and that some company failure is inevitable, economies across the world have realised this and placed greater emphasis on insolvency reform.

History has depicted bankruptcy as a criminal act, with punishment for natural failure resulting in consequences far worse than justifiable. This stigma and the social despise of failure can still be seen today. However, now that governments across the world are modernising insolvency legislation to protect innovation and ambition, should the negative stigma of going bankrupt still persist?