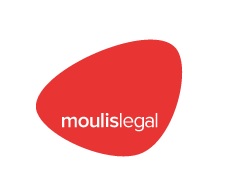 Australia: When game on becomes games off: Cancellation of sporting contracts because of COVID-19

by Shaun Creighton
Moulis Legal
Your LinkedIn Connections
with the authors

March 2020 should have been a big month in Australian sports and events. The NRL and AFL seasons were due to begin, the Formula 1 Grand Prix returned to Melbourne, and a number of sports were to conduct their trials for the 2020 Olympic Games and Paralympic Games in Tokyo.

Within the space of a few days, the COVID-19 outbreak resulted in cancellation of the Formula 1 Grand Prix in Melbourne and a range of other events and sporting fixtures were postponed or cancelled.

The legal consequences of sporting fixtures and events being postponed or cancelled will vary on a case by case basis, and depend on the nature of the relationship between various parties.

The cancellation or postponement of a large sporting event could affect a wide range of agreements and relationships. Taking the 2020 Olympic Games as an example, the flow on consequences of postponement or cancellation would directly affect arrangements such as:

Under all of the above agreement examples, there are various rights and strict obligations placed on various parties. How does postponement or cancellation of an event like the Olympic Games affect these rights and obligations? Well, like most legal answers, “it depends”.

The author was legal counsel for the LOC of the Melbourne 2006 Commonwealth Games (M2006). The more robust M2006 contracts had provisions which expressly contemplated the cancellation of those Games, and the consequences of such termination. From a M2006 risk management perspective, an important clause was “If the Games are not held for any reason, save as expressly stated in this Agreement, M2006 will not be liable in any way to the Provider by reason of the termination or cancellation.” Many agreements relating to the conduct of the 2020 Olympic Games will have contractual provisions detailing the consequences of cancellation of those Games. However, the contracts most event organisers have in place would not include these types of express contractual provisions, although the COVID-19 outbreak may change this for future contracts relating to the conduct of events.

In simple terms, a force majeure is an unforeseeable circumstance that prevents one or more parties from satisfying their contractual obligations. Force majeure is French for “superior force”, and is often associated with “Acts of God”. Force majeure in contract law is broader than “Acts of God”. It can be extended to a wide range of matters including industrial disputes, and yes, in some contracts, the cancellation of an event is expressly included in the definition of force majeure.

As Billy Connolly's character found out in the movie The Man Who Sued God, a force majeure event can be an expressed exclusion in some insurance contracts. If this risk is not insured, it means the stakes are higher in any risks arising from the postponement or cancellation of a sporting or cultural event.

Depending on the specific terms of a contract, if there is a force majeure provision, a party could potentially avoid performance of contractual obligations for a period of time or completely. More robust force majeure provisions go one step further and provide a right for a party to terminate a contract if a force majeure event continues for a specified period of time. The right to terminate is not the end of the story. It needs to be considered together with any “consequences of termination” provisions in a contract. When negotiating a contract, the expressly agreed consequences of termination can easily be overlooked.

Under the laws of a number of jurisdictions in Australia there are no general principles of law that apply for force majeure. This means that the operation of force majeure is a matter of contract interpretation, that will be different for each contract.

Contract disputes litigated on force majeure do show that the protection offered by a force majeure clause should be available (and the onus is on the ‘defaulting' party to prove) when:

It should be noted that terminating a contract in reliance on a force majeure clause without first obtaining legal advice risks repudiation if the right of termination does not exist.

Sports fans and participants will undoubtedly be frustrated if their event is postponed or cancelled. In the absence of a suitable force majeure clause in a contract, it may be the doctrine of frustration that provides some relief.

A frustrating event is one that is (i) unexpected, (ii) beyond the parties' control, and (iii) makes performance either impossible or radically different from that which was contemplated by the parties when entering into the contract.

The frustrating event must significantly change the nature of the remaining contractual rights / obligations, in order to bring about contract termination.

As with termination for force majeure, it would be prudent to obtain legal advice before attempting to rely on the doctrine of frustration.

Parties can agree to vary contracts

If a party is prevented from performing its contractual obligations (in whole or in part) due to the COVID-19 outbreak, then it would be reasonable to have open dialogue with the other party or parties with a view to attempting to reach agreement on how the postponement or cancellation affects respective rights and obligations.

If the parties can not agree on a suitable temporary or permanent resolution, then they may be left pursuing legal remedies such as application of force majeure or the doctrine of frustration. Alternatively, if the parties can agree on a way forward, especially in relation to postponement rather than cancellation, then it would be prudent for the parties to document what has been agreed, including any new milestone dates, changes to payment arrangements and other changes to rights and obligations in a Deed of Variation. Here, it is important to follow the process set out in a contract that is required to give effect to a variation.

In addition to business to business transactions such as large-scale contracts, cancellation or postponement of events will affect agreements with consumers (such as ticket holders or participants).

Continuing with the 2020 Olympic Games examples, potential Olympic athletes and their National Sporting Organisations (NSO) will be affected by a range of unanticipated consequences. For example, an Olympic Selection Policy may require athletes to compete in certain events to be considered for Olympic selection. If those qualifying events are cancelled, but the Olympic Games are postponed, it is likely to require a significant variation to the NSO Olympic Selection Policy. A “real life” example is that the USA 2020 Olympic Marathon trials were recently held, with the first three men and women selected to compete in the Tokyo 2020 Olympic Games. If the Olympic Games are postponed to 2021, will these athletes still be the representatives for the USA, or will the USA hold another selection trial closer to the event?

Ticket holders for events will again be subject to relevant terms and conditions, which may have different refund policies depending on whether the event is postponed or cancelled. In Australia, the Australian Consumer Laws would apply in addition to any contract terms.

The Olympic Games traditionally start with an announcement at the Opening Ceremony of “let the Games begin”. Let's hope the Tokyo 2020 Olympic Games are not remembered as “”Citius, Altius, Fortius, Force Majeure”.