Australia: Sign on the dotted line not online: Execution by e-signing may not be binding

by Nicola Carnevale
Madgwicks
Your LinkedIn Connections
with the authors 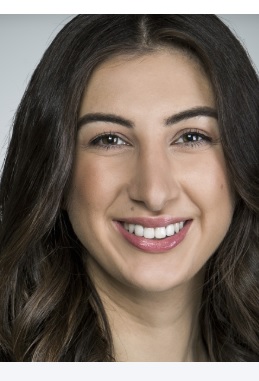 The rise of e-signing software and the dynamic nature of business has increased the desire to execute contracts with the click of a button. The law allows for individuals to sign electronically under the Electronic Transactions Act 1999 (Cth), however this legislation does not apply to the Corporations Act 2001 (Cth) (the Act) and in turn the related documents and powers granted under the Act.

The Act governs the way in which companies sign a document.

Under the Act1, a company can sign a document without a common seal where it is signed by two directors, or a director and a company secretary or its sole director / secretary (where applicable).

Despite the prescriptive nature of section 127(1) of the Act, the section does not limit the way in which a company can sign a document or deed2 with case law often interpreting the validity of a signed document.

The recent South Australian decision has further considered the circumstances surrounding e-signing and deeds as well as the prevailing jurisdiction of the statutory signing requirements.6 Despite case law and legislation seemingly increasing the flexibility for companies to execute deeds, the decision has narrowed the scope for e-signatures to be binding and valid.

In Bendigo and Adelaide Bank Limited v Kenneth Ross Pickard [2019] SASC 123, the bank (Bank) advanced a loan of $505,250.00 (Loan) to Kenrop Pty Ltd (Kenrop). Kenrop defaulted on the repayments under the Loan and the Bank sought to rely on personal guarantees under the Loan for recovery of the outstanding monies.

What does this mean for e-signing?

The case reinforces the requirements for a deed to be signed as a single, static document. Where two e-signatures are used (whether it be two company officers or a signature that requires a witness), the document will not satisfy the requirements under the Act.

Although the South Australian case is not binding on the other Australian states, it interpreted the Act which applies nationwide and was also persuasive in clarifying the common law requirements.

Given that this case appears to have restricted the scope for signing documents electronically where one party's execution requires two or more signatures, companies should be wary of e-signing rather than signing an original static document. In a business climate where e-signing is becoming the norm with more and more providers offering the service, it is likely that this position will be reviewed by the courts and the legislature.

Companies should be cautious when executing documents and seek legal advice. Where the document is a deed, it is best practice to put pen to paper rather than risk the document being deemed invalid at law by e-signature.