In response to the Covid-19 pandemic, on 28 April 2020 the Federal Government pushed back, by three months, the deadline for most entities with a consolidated annual revenue of $100 million or more (Reporting Entity) to file a Modern Slavery Statement (MSS) and comply with the Modern Slavery Act 2018 (Cth) (Commonwealth Act).

The new deadlines are set out here:

While the recent focus for Reporting Entities has been navigating the impacts of the Covid-19 pandemic, the obligations to comply with the Modern Slavery laws have not gone away.

While the Modern Slavery Act 2018 (NSW) (NSW Act) is yet to come into force, the Standing Committee on Social Issues (Committee), in its report from the inquiry into the NSW Act which it presented to the NSW Parliament on 25 March 2020, recommended the NSW Act be implemented on or before 1 January 2021.

The NSW Government has until 25 September 2020 to respond to the Committee's report and while our view is the Covid-19 pandemic will further delay the implementation of the NSW Act, the push for modern slavery issues to be addressed, at all levels of business, has an inexorable momentum. Given the NSW Government's stand on modern slavery issues we believe the NSW Act is highly likely to come into force sometime in 2021.

As has been widely reported, the key differences between the NSW Act and the Commonwealth Act are:

For an overview of Australia's modern slavery framework see our earlier article  Modern Slavery – is your supply chain ready?

Due to COVID-19, many workers across the world have been made especially vulnerable to risks of modern slavery as a result of factory shutdowns, order cancellations, workforce reductions and sudden changes to supply chain structures, among other unexpected changes.

This means an MSS should also factor in how Covid-19 may increase modern slavery risks.

The Australian Border Force has released guidance to help reporting entities to reduce the modern slavery risks that vulnerable workers in their operations and supply chains may be exposed to during the pandemic. The guidance additionally details how entities can explain in their statements how COVID-19 has affected their ability to assess and address modern slavery risks during their reporting period.

Our experience shows it is now common place for businesses to receive from parties they deal with, questionnaires about supply chains and their efforts to identify and combat modern slavery and whether they have their own MSS. In addition, provisions regarding modern slavery compliance, including warranties and indemnities, are being seen more and more regularly in contracts.

Going forward every business needs to show an awareness of and include processes which address modern slavery within their operational frameworks.

When considering how to approach modern slavery compliance the following key points should be kept in mind. 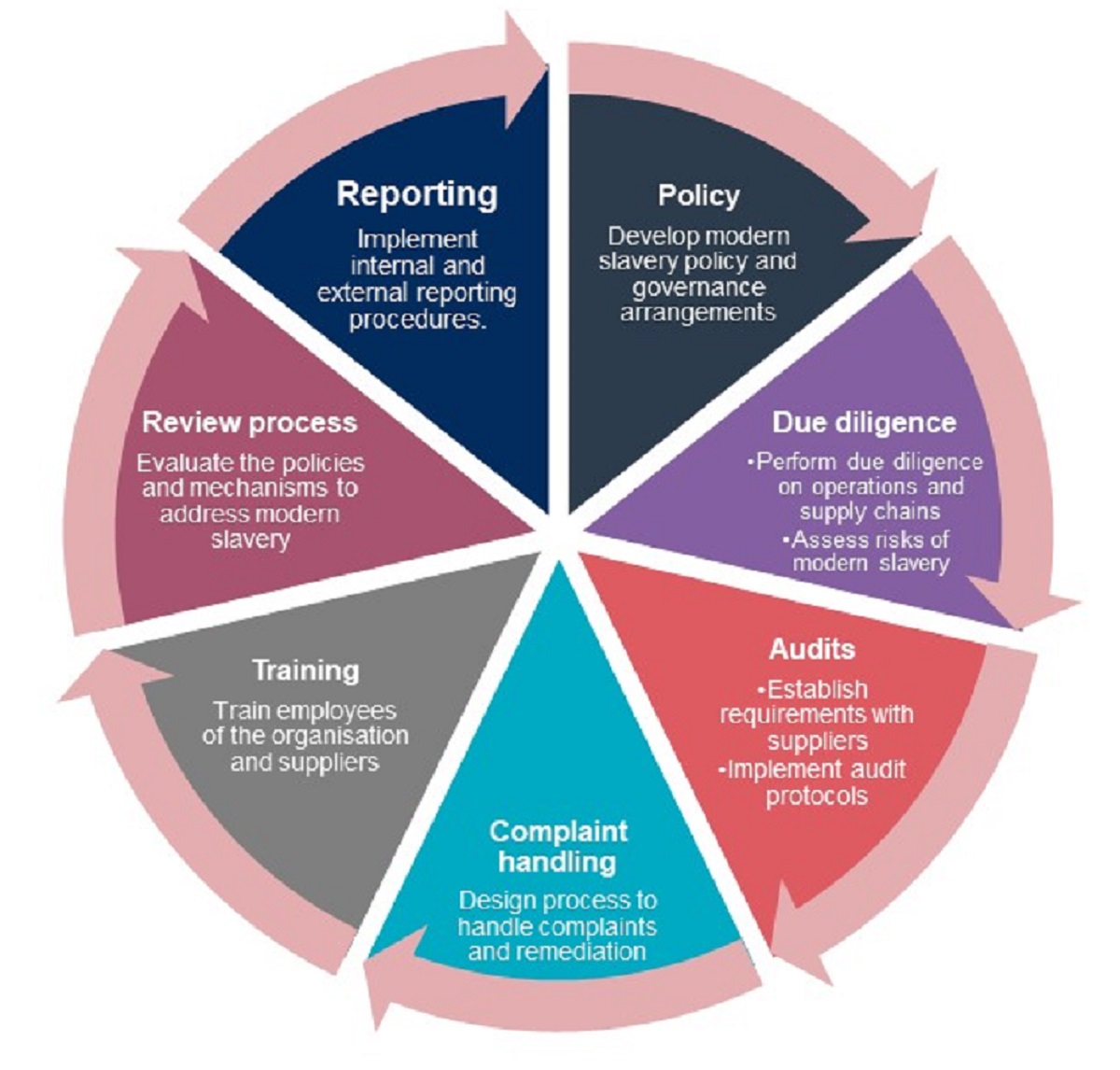 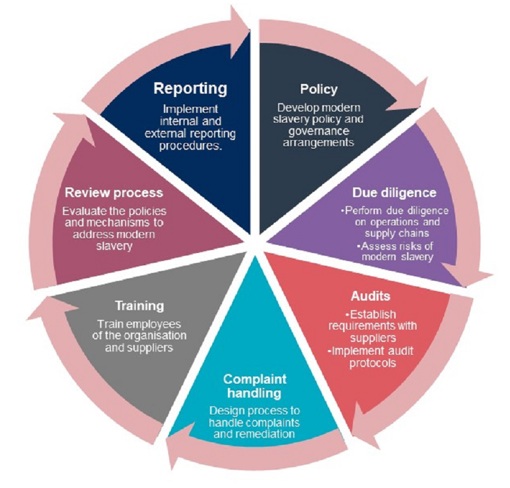 How we do business in the future includes having established modern slavery practices in place. It is essential for businesses to develop and implement those practices now or risk not being prepared for scrutiny into their operations and supply chains.

Please get in contact with us today if you are not sure about modern slavery, need help getting started with your modern slavery statement or require further assistance with your policies and processes.

In addition, Modern slavery laws compliance is an emerging issue that will affect more organisations.

The increased awareness of this form of human rights abuse and positive action taken by governments globally resulted in the implementation of the Modern Slavery Act 2018 (Cth) (Commonwealth Act) in Australia.