Retired Shearman & Sterling partner Philip Urofsky received the GIR Outstanding Career Award, which is awarded to one exceptionally respected and admired individual in the investigations community. The publication touted Philip "for his role in shaping the investigations landscape, both through his time in government when he was working on some of DOJ's earliest white-collar corporate enforcement policies, and during his time in private practice." Philip was honored at GIR's 8th annual awards dinner held at the Four Seasons hotel in Washington, DC on Thursday, November 17. He was introduced by Washington, DC-based Shearman & Sterling partner Mark Lanpher.

In an article issued earlier this year announcing Philip's retirement, GIR highlighted his important role in the development of the Foreign Corrupt Practices Act (FCPA). Philip led the Firm's Global Compliance & Anticorruption and Sanctions practices, which have been widely recognized as among the most sophisticated law practices in the world. A former federal prosecutor, Philip has extensive experience investigating and prosecuting criminal and civil violations of the FCPA for decades, and is a recognized authority in the area.

GIR is published by Law Business Research and serves as a guide to the world's leading firms for handling sophisticated cross-border, government-led and internal investigations. 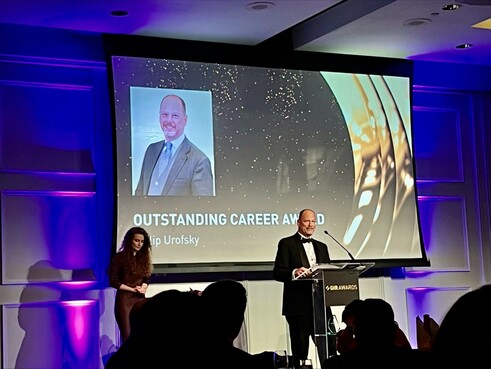