by Bastian Best
Bardehle Pagenberg
Your LinkedIn Connections
with the authors

Most Popular:  Article Germany, October 2020
To print this article, all you need is to be registered or login on Mondaq.com.

The decision concerns the field of search engine technology, and more particularly the indexing of information and accessing an index using a search engine. Here are the practical takeaways from the decision T 1247/18 (Search-based application development framework/ORACLE INTERNATIONAL) of 4.9.2020 of Technical Board of Appeal 3.5.07:

Indexing, creating an index store and accessing the index store using a search engine all contribute to the technical character of the invention.

This European patent application concerns a framework which allows users to search transactional enterprise applications by means of a search engine, for example by inputting a natural language search query. The framework also allows to perform actions using the results of a search. 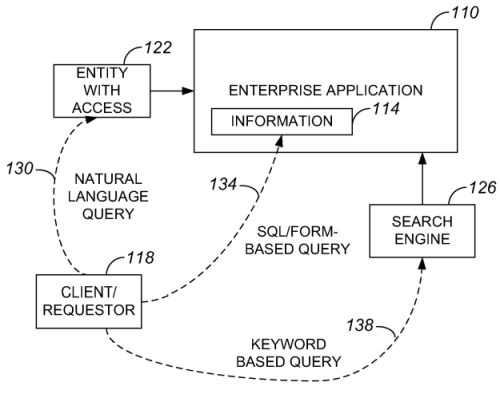 A method for enabling a plurality of transactional applications to be searched, the method comprising:

The first-instance examining division had refused the application for lack of inventive step over a notoriously known general-purpose computer. The division generally followed the COMVIK approach and argued that the only technical feature of the method of claim 1 was that it was computer-implemented, which was already notoriously known. According to the examining division, the overall effect achieved by the features of claim 1 was the satisfaction of a user's interest in a specific kind of search interface, which was a non-technical effect as it was only manifested in the user's mind.

The appellant argued that this analysis was flawed, because the feature of creating an index store concerned the management of computer resources used when performing a search, which enabled a more efficient search of a plurality of transactional applications using an index store. Moreover, the feature "interfacing a semantic engine [...]" allowed the search to be performed efficiently using a common search engine. This allowed the performance of a search engine to be leveraged to further increase the efficiency of searching transactional applications. Increasing the searching efficiency provided a "further" technical effect and was not dependent on a psychological effect on a user.

The board essentially agreed with the appellant's case:

The Board agrees with the appellant that the Examining Division's analysis of the technical character of the claimed subject-matter is fundamentally flawed.

In particular, the Board considers that at least the steps in the method according to claim 1 that are directed to indexing, creating an index store and accessing the index store using the search engine all contribute to the technical character of the invention since indexing in the context of claim 1 contributes to the technical character of the invention (see for example T 697/17 of 17 October 2019, point 5.2.5, page 20; see also T 1924/17 of 29 July 2019, point 14, page 28). Since the Examining Division did not consider these steps to have technical character, the Board cannot uphold the reasoning in the contested decision.

Because of this finding, the whole reasoning in the first-instance decision became obsolete:

Since the Examining Division considered indexing to be non-technical, it relied on a notoriously known general-purpose computer as the starting point for assessing inventive step. However, given the Board's finding that the indexing steps contribute to the technical character of the invention, a notoriously known general-purpose computer is not a suitable starting point for the case in hand. Consequently, the Board does not consider that the contested decision provides a suitable basis for assessing inventive step.

The Examining Division cited document D1 in the contested decision and argued that this document disclosed all the technical and some of the non-technical features of the claimed method (see reason 5.1.2 above). However, the Examining Division did not provide a complete assessment of novelty including a detailed feature mapping, or any assessment of inventive step when starting from document D1. Hence, the additional remarks on document D1 in the contested decision do not allow for a judicial review of an inventive-step assessment starting from document D1 as the closest prior art.

Moreover, the Examining Division is yet to consider further documents cited as relevant in the European search report.

Nevertheless, with a view to accelerating the further prosecution of the case, the Board agrees with the appellant that the claimed indexing is different from the domain ontology and the mapping between data service schemas disclosed in document D1. In the Board's understanding, the domain ontology according to document D1 serves the purpose of performing query mediation (see for example D1, abstract: "We propose an architecture for conceptual mediation in which the sources' query capabilities are published as web services."). In other words, D1 queries the sources using their query capabilities, whereas the invention appears to index data extracted from transactional sources for searching by means of an index store. Hence, the Board is not convinced that document D1 is a promising starting point for assessing the inventive step of claim 1 of the appellant's sole request.