Original works fixed in a tangible medium of expression are protected by U.S. Copyright laws. Occasionally, third-party trademarks appear in connection with creative works, either within the works of art themselves, or in a title or description associated with the works.

Does a trademark owner have a cause of action arising from those unauthorized uses of its trademark?

However, the First Amendment extends special protection to "expressive" works (and to other categories of works such as news reporting, social criticism, and parody) that can create a tension between trademark owners and artists/authors.

The prevailing legal test used to answer this question was developed by the Second Circuit Court of Appeals in the Rogers v. Grimaldi case.  875 F.2d 994 (2d Cir. 1989).  The Grimaldi defendants produced a feature length film (directed by Federico Fellini) titled Fred & Ginger about fictional impersonators of Fred Astaire and Ginger Rogers.  The film starred Marcello Mastroianni and Guilietta Masina and was in Italian with English subtitles.  Oddly, I saw the film while visiting Paris with my mother in 1986 and was completely lost by the plot. 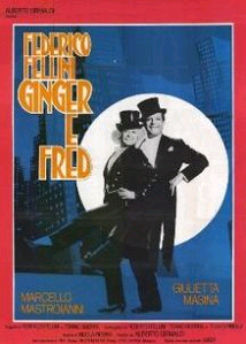 Ginger Rogers, the American dancer whom Masina was " fictionally impersonating", sued the filmmakers under a theory that the film's title amounted to a false endorsement under Section 43(a) of the Lanham Act, a form of trademark misuse under federal trademark laws (in addition to other claims).  The Second Circuit disagreed in applying what has become the leading legal test for cases of its kind.

A trademark may not be used as the title of an expressive work only where:

(1) The title has no artistic relevance to the underlying work whatsoever, or

(2) If there is artistic relevance to the underlying work, the title explicitly misleads consumers as to the source or content of the work.

The court found that the title "Ginger and Fred" was relevant to the underlying work because the characters in the movie were known as "Ginger" and "Fred."  Applying the second prong of the test to the movie's title, the court held that the title was not misleading in that it did not explicitly represent that Ginger Rogers or Fred Astaire was in the movie or had a hand in creating it.  Accordingly, the Lanham Act did not prevent the movie maker's use of the title.

In short, courts applying trademark laws to the use of trademarks in expressive works engage in a balancing test.  The use of a trademark as part of an expressive work will only be unlawful where the public interest in avoiding consumer confusion clearly outweigh the First Amendment protection extended to socially valuable expressive works, even where the works in question are commercial in nature.