In a 47-page opinion discussing many third-party uses of CLOVER  and CLOVER-formative marks, the Board affirmed two and reversed two Section 2(d) refusals of Loew's Hotel's applications to register four marks for ""Bar and restaurant services, namely, providing cocktails and small dishes in an outdoor lounge setting attached to a high-end hotel." The Board found confusion likely between the cited mark CLOVER for restaurant and bar services, and Loew's standard character mark CLOVER CLUB and its stylized or composite mark shown first below; but not likely with regard to the marks shown second and third below. [Loew's disclaimed CLUB, EST. 2019, and MADE IN TEXAS in the marks.]  In re Loew's Hotels, Inc., Serial Nos. 88425357, 88433338, 88433342, and 88433348 (May 11, 2022) [not precedential] (Opinion by Judge Christopher Larkin). 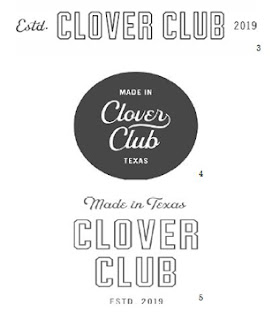 The Board found that applicant's services were encompassed within the broad recitation of services in the cited registration. Consequently, the Board presumed that the involved services are offered in the same, normal channels of trade, to the same classes of consumers.

Turning to the sixth DuPont factor, the number and nature of similar marks in use for similar services, Loew's argued that the word "CLOVER" is in common use in connection with restaurants, food and beverages, lounges, pubs, cafes, and other drinking and dining establishments. It provided evidence of 27 such uses, and pointed to Juice Generation as the most closely analogous case. There, the CAFC held that the Board had given inadequate consideration to a similar number of third-party uses of PEACE & LOVE for restaurant services and food items as evidence of the weakness of the opposer's marks.

The Board noted that although Loew's evidence "tells us little" about the extent of exposure and use of the third-party marks, the CAFC held in Juice Generation that such evidence is still "relevant to show that a term 'may have a normally understood and well-recognized descriptive or suggestive meaning leading to the conclusion that that [term] is relatively weak'" and that "'consumers have been educated to distinguish between marks on the basis of minute distinctions.'"

"Evidence of third-party use can be 'powerful on its face' even though 'specifics' as to the extent and impact of use of the third-party marks may not have been proven."

As to the similarity of the third-party marks to the Loew's marks, the Board looked for guidance from the Juice Generation decision. There, all of the third-party marks contained "peace" and "love" followed by a third, product-identifying term, and most of them were three-word phrases. Only a portion of the collection of marks cited by Loew's had that high degree of similarity: three consisted of CLOVER alone, and two of THE CLOVER. Other marks included other words. In total, ten of the marks were identical or most similar to the CLOVER mark, but  the CLOVER-formative marks were still probative. The Board concluded that CLOVER is a weak mark for restaurant services. 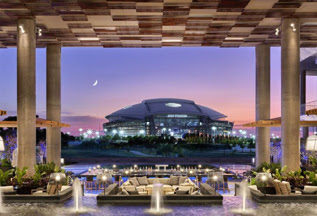 With respect to the similarity of the involved marks, the Board compared the marks in their entireties, giving greater weight in that comparison to the word CLOVER in applicant's marks, since that is the dominant portion of the marks. It unsurprisingly found CLOVER CLUB to be quite similar to the cited mark CLOVER. As to the second mark, the Board found that neither the disclaimed word CLUB nor the disclaimed phrase "Estd. 2019" sufficiently distinguished the mark from the cited mark

As to the third and fourth marks, the Board found that the "tongue-in-cheek phrase MADE IN TEXAS imbues the CLOVER CLUB-based mark with a geographic connotation, and a connotation of club-type food that would be typical of Texas." And so the Board concluded that the first DuPont factor favored Loew's for these two marks.

Finally, Loew's dubiously argued that the customers for restaurant servicers are "sophisticated and savvy in selecting their food and dining choices." However, there was no evidence to support that argument. Loew's recitation of services is limited to a "high-end hotel," and the Board observed that this is "to say the least, a unique identification of services, but not one that includes "high-end" restaurant services or prices." Loew's "small plates" are priced between $8 and $24, and its beverages range in price from $6 for a beer to $28 for whiskey. "They strike us as prices that could be paid by a substantial portion of the consuming public, not just patrons of expensive restaurants."

Loew's own description of its restaurant is directed to the general public, not simply to guests at a "high-end" hotel: for example, it solicits people who want to have "[b]eers with friends." In short, the least sophisticated purchaser of Loew's services will exercise nothing more than ordinary care in the purchasing decision.

And so, the Board reversed two of the refusals but affirmed the other two.

TTABlogger comment: So Loew's winds up with two narrow registrations for narrowly recited services. It apparently has no rights in the term CLOVER CLUB alone. Not exactly a resounding victory, but as they say: you win some, you Loew's some.