United States: WYHA? TTAB Affirms Section 2(d) Refusal Of "BRUNO AND THE HOOLIGANS" In View Of "THE HOOLIGANS," Both For Live Musical Entertainment

The Board affirmed a Section 2(d) refusal of the proposed mark BRUNO AND THE HOOLIGANS, finding confusion likely with the registered mark THE HOOLIGANS, both for live performances by a musical group and other related services. Applicant David Ceniceros argued, inter alia, that the marks differ in appearance and sound, and further that the cited mark is used only in connection with "Celtic-themed music." The Board was unmoved. In re David Ceniceros, Serial No. 88636171 (July 29, 2021) [not precedential] (Opinion by Judge Peter W. Cataldo). 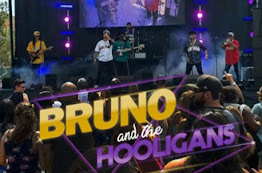 Because the involved service are, in part, identical, the Board must presume that those services are offered in the same channels of trade to the same, normal classes of consumers.

Turning to the marks, Ceniceros feebly contended that the cited mark is weak because "there is no evidence that the cited Prior Mark is famous or has acquired secondary meaning ...." The Board pointed out that since the cited registration issued on the Principal Register, it is entitled to the presumption of validity afforded by Section 7(b) of the Act. Moreover, there was no evidence of third party use or registration of similar marks for related products or services.

Although there was no evidence showing marketplace strength, the owner of the cited mark is not a party to the appeal and does not have an opportunity to provide relevant evidence, nor was Examining Attorney Samuel R. Paquin obligated to provide any such evidence. The Board found that the cited mark is arbitrary and distinctive. 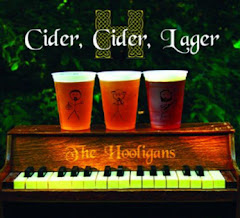 As to the applicant's mark, the leading term "BRUNO AND" suggest an individual who is a member of the "THE HOOLIGANS." Although the lead term differentiates the mark aurally and visually, this distinction "does not significantly diminish the strong similarities in connotation and overall commercial impression engendered by these two marks."

Ceniceros asserted, without evidentiary support, that the involved services can be "extremely expensive," and therefore consumers will be careful in their purchases and less likely to be confused. The Board noted, however, that there are no restrictions in the application or cited registration as to types of consumers or the price points at which the services are offered. Therefore, "[t]he standard of care is that of the least sophisticated purchaser."