by Lauren A. Bachtel , J. Paul Forrester and Eric Pogue
Mayer Brown
Your LinkedIn Connections
with the authors

The two WEAs represent only a portion of the original 30-million acre Gulf of Mexico Call Area. 1 The WEAs were reduced to avoid potential impacts on other ocean uses and resources, such as commercial and recreational fishing, maritime navigation, military activities, marine protected species, avian species, and existing infrastructure. BOEM will be accepting public comments on the proposed WEAs through August 19, 2022. 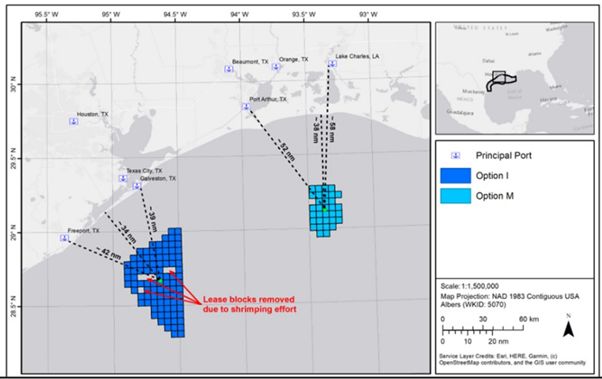 Once the comment periods close, BOEM will move forward with finalizing the WEAs and EA. It will then decide which lease areas within the WEAs to put forward in a Proposed Sale Notice.

In addition to highlighting BOEM's proposal of two WEAs in the Gulf of Mexico, the Biden administration has taken steps toward repealing former President Trump's development moratorium off the Southeast coast.

In 2020, Trump issued a memorandum stating: "I hereby withdraw from disposition by leasing for 10 years, beginning on July 1, 2022, and ending on June 30, 2032: The portion of the area designated by the Bureau of Ocean Energy Management as the Mid Atlantic Planning Area that lies south of the northern administrative boundary of North Carolina," which is the administrative boundary depicted on the Atlantic NAD 83 Federal Outer Continental Shelf (OCS) Administrative Boundaries map. While it did not specifically name offshore wind, the memorandum has long been assumed and implemented to include renewable energy and oil and gas leasing.

With the clock ticking, BOEM held a competitive auction for two lease areas in the Carolina Long Bay area off the coast of North Carolina and issued the leases to the winners before the moratorium commenced on July 1, 2022. 2

On July 20, 2022, the Biden administration directed the secretary of the Interior to advance offshore wind development off the coasts of Florida, Georgia, South Carolina, and North Carolina, which is currently under Trump's offshore development moratorium. It is unclear at this point if the DOI can carry out President Biden's direction in the Southeast without the Biden administration or Congress taking additional steps to repeal the moratorium. There a provision in the National Defense Authorization Act currently moving through Congress to reverse the moratorium, which would provide more certainty for offshore wind development in the Southeast.

At the least, while the Biden administration and Congress continue to take steps to repeal the moratorium, BOEM will likely issue a Call for Information and Nominations to assess commercial interest in and obtain public input on potential wind energy leasing activities off these states.