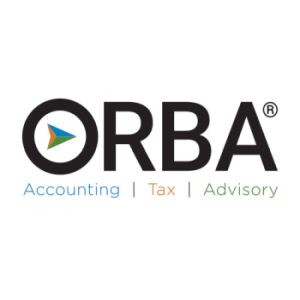 On March 31, the Biden administration unveiled a jobs and infrastructure plan, the American Jobs Plan, to address the nation's pressing infrastructure needs. The plan calls for about $2 trillion in spending over eight years. To pay for these expenditures, the plan also includes a proposed overhaul of the corporate tax system that would increase the corporate tax rate and the global minimum tax, eliminate federal tax benefits for fossil fuel companies and strengthen enforcement against corporations.

While the proposed spending would be spread out over eight years, the tax increases would continue for 15 years.

The White House released a Fact Sheet that lists the proposed tax measures under the plan:

Corporate Tax Rate
The Biden plan would increase the corporate tax rate from 21% to 28%. The rate had been reduced by the Trump administration from 35% to the current rate of 21%.

Global Intangible Low-Taxed Income (GILTI) Modifications
President Biden's proposal would increase the effective rate on GILTI for U.S. corporations to 21% and calculate GILTI on a country-by-country basis. It also would eliminate the rule that allows U.S. companies to reduce their GILTI inclusion by 10% of their average adjusted basis of qualified business asset investments.

Inversions
In addition to enacting reforms that would remove incentives for U.S corporations to invert, President Biden's proposal would make the inversion process more difficult.

Eliminate the Foreign Derived Intangible Income (FDII) Deduction and Invest in R&D Incentives
The Biden plan proposes the complete elimination of the FDII deduction, which was introduced as part of the Tax Cuts and Jobs Act. The revenue collected as a result of the repeal of the FDII deduction would be used to expand other R&D investment incentives.

Minimum Tax on Book Income
The plan includes a proposed 15% minimum tax on U.S. corporations' book income, which would apply only "to the very largest corporations," according to the Fact Sheet.

Enforcement
The plan calls for increased investment in enforcement so that the Internal Revenue Service has the necessary resources to effectively enforce the tax laws.