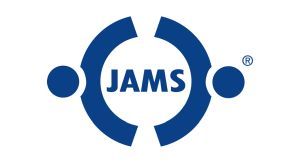 There are many externalities — considerations having nothing to do with the merits of a case — that often will influence the parties' ability to settle their dispute. In my experience, foremost among these are the emotions that the parties bring to the dispute.

They are present in virtually every case. Plaintiffs who view the dispute through the prism of their emotional feelings about what happened typically will overvalue their case. They might feel no amount of money can fairly compensate them for what the other side have forced them to go through. Conversely, defendants who look at a case emotionally will undervalue the case, likely thinking, "I am not paying someone who has said these terrible things about me and my company."

Thus, the failure of a mediator to recognize, to deal with and, most importantly, to help the parties get past those emotions can doom the prospects for settlement. Here are a few observations and tips to avoid this.

First, recognize that even if not mentioned by a party, emotions are almost always lurking beneath the surface and affecting the party's outlook on the case. To be sure, some cases are bloodless disputes that parties view as nothing other than a cold business matter. But that certainly is not true for the plaintiff in an employment case who claims wrongful discrimination, or the plaintiff-inventor in a patent case who claims her invention has been stolen.

And it is important to recognize that it is not only the plaintiffs who bring emotions to the settlement table. Corporate defendants do as well. Although corporations do not have human emotions, they are run by real persons who have real emotions. For example, people at a company who are charged, for example, with engaging in unlawful discrimination or with stealing another person's invention often do not take kindly to the accusations and will take it as a personal affront.

Therefore, in preparing for a mediation, it makes sense to try to find out from the attorneys if they believe there are emotional barriers that their clients may have that will need to be addressed at the mediation. Forewarned is forearmed.

Second, at the mediation, make sure you give the parties the space to put their emotions on the table. Of course, if at all possible, do this in a separate caucus, where the other side is not present. Try to avoid doing it during a joint session.

Most people want to express their emotions but are not so eager to experience the other side's emotions. There may be times when you cannot avoid it, and if that occurs during the joint session, be prepared to spend some time when you break into separate caucuses to scrape each side off the ceiling.

It may not always be comfortable to sit through an outpouring of emotion, but I find that the willingness to listen and to do so with empathy is an important tool in the mediator's kit. A party's opportunity to express his or her emotions about the matter is critical; people want and need to be heard.

Our litigation process has become increasingly remote over the years; with so few cases now going to trial, parties rarely get the opportunity to be seen or heard in a courtroom. And being heard is an important part of the catharsis that many people need in order to put themselves in the frame of mind to settle the case.

Third, once people have had the chance to express their emotions — or, if you like, to vent — take steps to avoid having the emotions drive the settlement positions they take. I make it clear to the parties that I will not question the genuineness of their emotions or tell them how they should feel. But I emphasize that when people make an economic decision on the basis of their emotions, it is often not the wisest one.

And I tell the parties that while they may not be able to control how they feel about things, they can control whether they act on those emotions. I explain to them that while they can make a choice to decide their settlement positions based on their emotions, that is not the basis on which the case likely will be decided if the matter goes through the litigation process. This challenges them to set aside their feelings and try to look at things from the perspective of a third party, like a judge or a jury.

For many people, once they have expressed their emotions, and have had the mediator acknowledge them and express empathy, they can move forward. It does not mean their emotions have magically gone away, but it generally means that their emotions will not be driving the process. If you can make that happen, you will find the parties more receptive to your input regarding the strengths of the case and, more importantly, where there are weaknesses that could undermine their case.

But, sometimes people need more encouragement to look at a case less emotionally. When that happens, here are a few approaches I have found successful.

Stressing the Need to Look Forward

Mediators can emphasize that settlement requires people to have a forward-looking approach — "How can we get this resolved?" — and that focusing on emotions puts the parties in the frame of mind of always looking backward, e.g., "I can't believe what he said to me or what she said about me." I point out that while Winston Churchill said that those who cannot remember the past are condemned to repeat it, I think it is no less true that those who wallow in the past are doomed never to escape it.

Allowing Parties to Discuss Their Emotions

When parties keep coming back to a discussion of emotions during successive caucus sessions, consider allowing them to vent for five minutes about the other side and say whatever they want about their feelings, but after those five minutes, they must set those feelings aside and focus on settlement.

I caution against taking this approach too soon; it works best only if the parties feel that the mediator has listened to, and recognized, their expression of emotion. Rarely has anyone said, "Yes, I'll take those five minutes." And when that has occurred, no one has actually used the full five minutes. The point is that the best way to try to reach resolution is to put emotions aside and not to let them drive the negotiations.

Emphasizing the Value of Closure

I tell parties that one reason they carry so much emotion about a past traumatic event is because the litigation process keeps the event in the present. The party must think about or relive it all the time as part of the discovery process, such as by looking for documents, answering written discovery, by sitting for a deposition and by talking with counsel about it.

The litigation process is analogous to continually scratching a cut, which prevents the cut from scabbing over and healing. It is only once the litigation is over that a party can truly put a traumatic event in the past.

I have found that when you dig down, and often not very deep, you find that closure is very important to many parties. And for those who find it important, I have found this approach helpful in getting people to look beyond their emotions and to focus on how they can settle the dispute and move forward.

Recognizing the Other Side's Emotions

One other helpful tool, typically with plaintiffs, is to acknowledge their emotions, but to make sure they understand that the other side may have strong emotions as well. I can tell you that more than occasionally, the notion that the other side has hurt feelings is a revelation. Mediators should emphasize that they are making the same request of both sides: for everyone to step back from their emotions and to focus on settlement.

Certainly, emotions are not the only external considerations that can drive the settlement process. Consider, for example, the plaintiff who needs the bird in the hand that comes with early settlement and cannot wait for the possibility of two in the bush after years of litigation, or the defendant who wants to sell his company and needs to get the litigation exposure off the books.

Of course, there are few successful mediations that do not involve some level of discussion and evaluation of the merits of the competing claims. That kind of evaluation is usually necessary in order to get the parties to more honestly assess the risks and costs they would face by going forward in the litigation process instead of settling. But managing the emotions of the parties is critical.