European Union: Obscure Disclosures – Burden Of Proof Is On The Right Holder 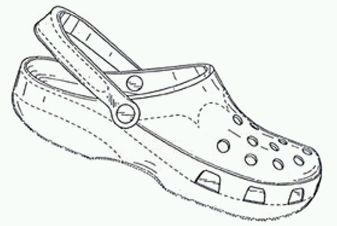 The novelty requirements for EU registered designs have peculiar provisions aiming to protect the validity of designs from obscure disclosures outside the EU.  The Crocs case (T-651/16) provides some pointers as to when an internet disclosure might be considered obscure but holds that there is a presumption that a website will have been seen by someone from the relevant sector within the EU despite the fact that the designer's business was located outside the EU.

In order for an EU design registration to be valid, the Community Design Regulation 6/2002/EC requires, inter alia, that the design is novel (Art 5) and has individual character (Art 6) over the prior art.  The prior art, according to Art 7, excludes disclosures made within a grace period of 12 months before the filing date of the design application or a validly claimed priority date.  Outside the 12-month grace period, however, disclosures of any form will count as prior art, except where the disclosure "could not reasonably have become known in the normal course of business to the circles specialised in the sector concerned, operating within the [EU]".

In the present case, concerning Crocs' EU design, RCD 257001-0001, Crocs (formerly Western Brands) had disclosed the iconic clogs design to the public including at an international boat show in Florida and on its own website.  These disclosures took place outside the 12-month grace period preceding the priority date set by Croc's corresponding US design patent.

Previously, in an invalidation action, the EUIPO found that the disclosures constituted prior art and were novelty-destroying, and hence Crocs' design was held to be invalid.  Crocs appealed twice, up to the General Court of the CJEU.  However, the applicant for invalidity went bankrupt and withdrew, and the General Court closed the appeal.  Crocs' design thus survived.

Then, in 2013, Gifi Diffusion brought invalidation proceedings against Crocs' design, again arguing for a lack of novelty.  The Board of Appeal of the EUIPO upheld its previous ruling and concluded that the disclosures at the boat show in Florida and on the website constituted prior art and were novelty-destroying.  Crocs appealed and the case found its way once again to the General Court.

In the present case, T-651/16, both parties agreed that disclosure had taken place outside the 12-month grace period.  The question, however, was whether the disclosures should be counted as prior art.

Crocs argued, in particular, that its website could not have been known to the relevant sector within the EU at the time due to its obscurity.  Crocs contended that the burden of proof that the design "could not reasonably have become known" to circles in the EU should not fall on them because it would amount to proving a negative fact.  The Court accepted that Crocs could not be expected to prove a negative fact, but suggested that positive evidence could have been adduced.  Such positive evidence might include showing that the website had no, or very little, actual traffic from within the EU, or that the boat show had not been attended by participants from the EU.

Crocs adduced no such positive evidence and, as a result, failed to rebut the presumption that the disclosures would have reached the sector concerned within the EU before the start of grace period.  The Court thus declared Crocs' design invalid.

In conclusion, applicants for EU designs are strongly advised to file an application within the 12-month grace period after any kind of public disclosure of the design.  Failure to do so would result in an invalid design unless it could be successfully argued that the disclosure was obscure.  As the present case shows, the burden lies with the applicant to prove that the public disclosure was sufficiently obscure so that the design could not "reasonably have become known in the normal course of business to the circles specialised in the sector concerned, operating within the [EU]", which is not easy.

ARTICLE TAGS
UK Intellectual Property Patent
POPULAR ARTICLES ON: Intellectual Property from European Union
Due Diligence - Blood, Sweat And Tears Required?
Marks & Clerk
Over the last few months I have been following updates to the trial of Elizabeth Holmes in "The Drop Out" podcast.
Nike Enters The Metaverse
Marks & Clerk
This is a clear reflection of the intention of brand owners to monetise the metaverse via the sale of virtual goods.
New AI Consultation - UK Considering New Types Of IP Protection
Marks & Clerk
On 29 October 2021, the UK IPO launched a further consultation on IP Protection and AI.
How To Prove 'Passing Off'
Gowling WLG
'Passing off' does not have a statutory basis and doesn't need to be registered to be effective.
UK Government Launches Intellectual Property And Artificial Intelligence Consultation
Mathys & Squire
The UK Government officially launched its consultation on intellectual property (IP) and artificial intelligence (AI) on 29 October 2021, as part of the National AI Strategy (see our summary here)...
The Stormtroopers Strike Back In Attack Of The Copyright
Marks & Clerk
I was interested to read this article in the Times recently, as it is a cautionary tale of Copyright and other unregistered rights.
FREE News Alerts
Sign Up for our free News Alerts - All the latest articles on your chosen topics condensed into a free bi-weekly email.
Register For News Alerts
Article Tags
UK Intellectual Property Patent
Related Articles
You Don't Need To Re-Invent The Wheel - Patent Searching Can Make Your R&D Plain Sailing Marks & Clerk
New Referral To The CJEU On Article 3(c) And The Validity Of Combi-SPCs J A Kemp LLP
NFTs: Beware Of IP Rights Withers LLP
Lucky 13? Austrian Upper House Brings The Unitary Patent Closer J A Kemp LLP
How Much Are My Patents Worth? Marks & Clerk
Mondaq Webinars
Reshaping Strategies for Wealth Management in the Post-Pandemic Economy [REPLAY]
Wedlake Bell
Webinar London UK
Hot Topics in Fund Finance [REPLAY]
Cadwalader, Wickersham & Taft LLP
Webinar New York United States
More Webinars
Comparative Guides
Anti-Corruption & Bribery
Artificial Intelligence
Banking Regulation
Blockchain
Cartels
More Guides
Mondaq Advice Centres
UK
Coming to and Investing in the UK
Global
Trademarks in SAARC Countries
More MACs