Turkey: Weakening Of Distinctive Character: A Review Regarding The Word "Smart" "Smart:) Things" Decision Of The General Court Of The Court Of Justice Of The European Union

by Cansu Çatma Bilen
Ankara Patent Bureau
To print this article, all you need is to be registered or login on Mondaq.com.

While the area of use of the phrase SMART has such an effect on our daily lives, the distinctiveness of the word and its descriptiveness in terms of the goods and services for which it is desired to be registered has become a matter of discussion. The decision "SMART:) THINGS" dated October 15, 2020 and numbered T-48/19, which was made by the General Court of the Court of Justice of European Union, is also important in terms of the Court's evaluation of the phrase SMART and may shed light on future examinations.

When it is focused on the background of the dispute, it is seen that on March 6, 2013, the applicant "SMART THINGS SOLUTIONS GmbH" made trademark application to the European Union Intellectual Property Office (EUIPO) for "SMART :) THINGS" regarding to Classes 9, 20 and 35, and the trademark was registered. 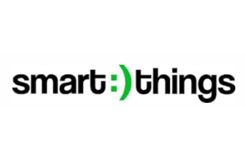 First of all, it is stated in the decision that the phrase "SMART:) THINGS" consists of words that can be understood by both average consumers and more conscious consumers in countries where English is understood, and that the visual element is a sign which is frequently used in electronic media and does not have distinctive character; secondly it is pointed out that the trademark "SMART:) THINGS" lacks distinctiveness. Therefore; the Board of Appeal found that the trademark was descriptive on the grounds that it consisted of signs indicating the kind, quality, quantity, intended purpose, value or other characteristics of the goods or services in terms of the goods and services covered by the registration, and they reached the result that the trademark was devoid of distinctiveness. The trademark was declared invalid in terms of all goods and services covered by the trademark due to the abovementioned reasons.

As a result of this, the Applicant brought the dispute before the General Court of the European Court of Justice.

The General Court primarily examined the trademark "SMART:) THINGS" in terms of descriptiveness:

The applicant claims that the phrase SMART and the sign ":)" are not directly descriptive in terms of goods and services covered by the registration. They stated that average consumers could not establish a direct connection between the phrase SMART and artificial intelligence at the time when the application was filed, and this phrase was associated with humans or living things and this was also the case in terms of the figurative element ":)" which expresses positive emotions. In addition, it was argued that the figurative element ":)" would not create any associations in the perception of consumers in any way regarding the value or quality of the goods and services, and the possibility of association was further decreased with the word combination that the trademark comprised.

In conclusion, the applicant's claims were dismissed in terms of descriptiveness evaluation.

Secondly, The General Court examined the trademark "SMART:) THINGS" in terms of "distinctiveness":

In their allegations, the applicant stated that the distinctiveness was not separately examined by the Board of Appeal.

The General Court thought that the descriptiveness and distinctiveness were two quite overlapping grounds, and in particular, it could be accepted that a word describing the features of the goods or services did not have any distinctive character with respect to the said goods or services. Moreover, the General Court was of the opinion that, unlike the applicant, the Board of Appeal examined the distinctiveness of the trademark.

The Board Appeal thought that the elements that make up the trademark, beyond their meanings that characterize the goods, had no characteristic in terms of memorability, which allows the relevant consumers to easily and instantly memorize the sign. Considering the grounds stated while conducting the examination of descriptiveness, the General Court also accepted that the elements constituting the application was also devoid of distinctiveness and the way they came together was also not sufficient to distinguish the trademark.

In conclusion, the applicant's claims were rejected on the grounds that the trademark "SMART:) THINGS" is both descriptive and lacks distinctiveness.