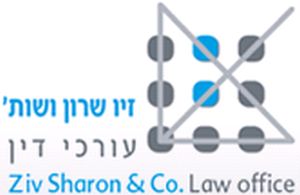 Israel: Benefits For First Time Residents And Veteran Returning Residents – Preparation For The End Of The Benefits Period

As is well known, in the past two and a half years, taxpayers who have been classified as "first-time Israeli resident" or as "veteran returning residents" (hereinafter: "beneficiary individuals") have completed their ten years of tax holiday in accordance with Section 14 of the Income Tax Ordinance (New Version), 5721-1961 (Hereinafter: "The Ordinance").

Amendment 168 of the Ordinance was passed in second and third readings in the Knesset in September 2008 and applies retroactively to those who immigrated or returned to Israel from 1/1/2007 onwards. The purposes of the amendment, which were mentioned in the bill were: (1) immigrant absorption. (2) The return of quality human capital to the State of Israel. (3) Encouraging investors with high economic ability to become residents of Israel. These purposes are important in the interpretation of the benefits granted to beneficiary individuals.

The definition of a "person who has been a resident of Israel for the first time" places an emphasis on a person who was not an Israeli resident earlier, whereas the definition of "veteran returning resident" emphasizes that prior to his return the person spent ten consecutive years abroad (until December 31, 2009, a temporary order provided that five consecutive years of stay abroad before the return were sufficient). These definitions, based on the definition of "resident of Israel", are not definitions whose implementation is always clear (see the last judgments in the John Doe case, Amishkashili and Bar Refaeli). In other words, there is a risk that with respect to beneficiary individuals, if the Tax Authority examines their compliance with the definition even after the ten years elapse, the ITA will be able to retroactively revoke the benefits. In our opinion, insofar as we are concerned with beneficiary individuals who submitted tax returns due to the existence of business in Israel or other grounds enumerated in the Income Tax Regulations (Exemption from Accountability), 5748-1988, as most of the reports of the benefit period have the ITA cannot tax the foreign sourced income in these years.

As is well known, beneficiary individuals are tax exempted on their foreign sourced income in accordance with section 14 of the Ordinance as well as tax exempt with respect to capital gains from foreign sourced assets, whether purchased before or after (within the ten year tax holiday) their return. While the first benefit expires after the elapse of the tan year tax holiday, the capital gains tax liability is carried out on a linear basis - only the portion of the period of holding the asset from the date of the elapse of the ten years to the date of the sale shall be subject to capital gains tax.

At this point, it is clear that if there is an intention to distribute dividends to the beneficiary individual, it is desirable to make the distribution before the end of the ten year ta holiday so the income would be exempted from tax in accordance with section 14 of the Ordinance.

The end of the benefits period also necessitates the economic possibility of implementing a structural change in the Group, as well as examining the exposure of control and management from Israel regarding foreign entities. As is well known, in order to encourage the migration of multinational companies incorporated abroad to Israel as a "resident" in relation to the "body of persons", the definition determined that if the control and management of the foreign company are carried out solely by the beneficiary individual or anyone on their behalf during the 10-year period of benefits, the ITA cannot argue for an effective management and control from Israel and therefore cannot classify the foreign entities as Israeli residents. Therefore, towards the end of the ten year tax holiday, the circumstances of the operation of the foreign entities from Israel must be carefully examined - if the activity of the beneficiary individual from Israel is critical to the foreign entity's activity then it should be classified as an Israeli entity. However, if it is possible to appoint a mechanism abroad and to manage and control the activity of the entity outside Israel, then it should be further classified as a foreign entity for fiscal matters.

Another ramifications in this regard may be the examination of the distribution of assets "just before" the elapse of the ten years tax holiday to save problems of crediting foreign taxes or to overcome the STEP UP problem, as well as examining trust holding companies a moment before the end of the benefit period - do they meet the definition of "Trust Assets Company" a defined in Amendment 197 to the Ordinance or is it better to liquidate just to avoid a possible two tier taxation.