The oldest confirmed musical instruments on Earth date back more than 40,000 years, and it is possible that prehistoric humans produced sounds similar to singing before sophisticated speech entered culture. In other words, music has been part of human society for as long as there has been human society.

Like other works of original art, music — from pop songs to symphonies — can be protected as Intellectual Property (IP) through copyrights. But the process of creating music neither begins nor ends with the artist's imagination, for without instruments, recording devices, production equipment and various playback systems, most of the music we enjoy today cannot be played or heard at all.

Over the thousands of years humans have been making music, technical advancements have opened up new, transporting soundscapes. And many of the most modern and influential of these inventions were secured with patents.

Music has been around for a long time, and there are many ideas on how it came to be. Some believe Charles Darwin's theory about how ancient tribes used it in mating rituals, while others contend that a parallel development with speech led music to evolve from earlier forms of expression to what we know today.

Origination theories to one side, it is much easier to (roughly) chart music's development through instruments. A 60,000-year-old bear femur at the National Museum of Slovenia is believed by some to be a flute, though this has been strongly contested. The oldest undisputed instruments are bone flutes found in German caves, some of which are dated as being approximately 42,000 years old. Alongside flutes and various wind instruments, drums, rattles and other forms of percussion were the most common musical tools of prehistoric humanity and have been discovered across the world, from Europe to China.

Stringed instruments like the lyre and harp emerged at least 4,000 years ago, several centuries before the earliest surviving written music — the Hurrian songs of Ugarit (now northern Syria) — was inscribed in cuneiform tablets circa 1,400 BC.

Rewriting the score: pianos and copyrights

The evolution of musical forms from the time of the Hurrian songs to the Baroque period could fill its own library, but we turn our attention to the 18th century when two distinct developments changed music and IP forever. 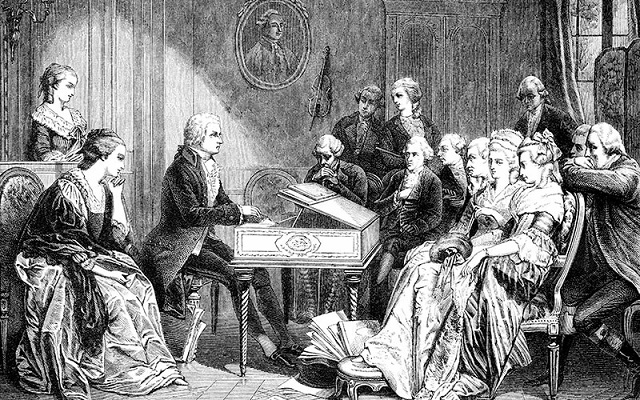 Though a technical improvement over the harpsichord and more popular over time, the piano did not consign its predecessor to history. The harpsichord's gentle buzzing tones were well suited to the more intimate acoustics of lavishly decorated parlors.

The first is the invention of Italian musician Bartolomeo Cristofori. Created in 1700, Cristofori's device was given several names that were variations on "gravicembalo col piano e forte," or "harpsichord with soft and loud." In Italian, this was abbreviated to "pianoforte," and eventually "piano" in English. Pressing the instrument's keys with varying levels of force caused hammers to strike strings, producing sounds of different volumes — something the harpsichord and other predecessor instruments could not do. The piano enabled virtuosos like Handel and Bach to write music of greater dynamic range that conveyed more complex, nuanced meaning. Also, it gave composers a tool that could be used to teach orchestra members their parts. In the subsequent Classical and Romantic eras, composers including Mozart, Beethoven and Chopin used the piano to innovate musical composition in ways still heard in today's popular music.

Though born in the Republic of Venice, one of the few states of its day to offer patent protection, Cristofori lived in Florence, where the Medici family funded his work. Despite the fact Cristofori did not seek any sort of IP right for his invention, a significant part of the piano's importance to modern music lies in the flexibility of its design. The basic template can be followed while adding or subtracting keys, altering the internal mechanism and more. Sébastian Érard, for example, created the double escapement action to allow note repetition, and he did patent his invention in 1821. This innovation was embraced by contemporary masters like Franz Liszt to produce musical tours de force that enrapture audiences to this day.

The period's second game-changer arrived just ten years later, in 1710, when the Statute of Anne entered into force in the Kingdom of Great Britain. This created the earliest true copyright law, designating authors as the primary beneficiaries of their creative labor and authorizing only them and their licensed printers to publish their works. Under the Statute of Anne, copyrights could last up to 28 years if renewed at the 14-year point. While the law had no provision for royalties — and only applied to books — it provided a foundation and global model for copyright regulations with genuine protections for authors and, later, composers.

From the Industrial Revolution to the electric age

Musical traditions that had once been the exclusive domain of the wealthy became more accessible in the 19th century as the Industrial Revolution made it easier to mass-produce components for instruments – such as the cast-iron frames and steel strings that gave pianos their powerful and clean sound. This would eventually make pianos (relatively) affordable. Later in the century, the Berne Convention introduced near-international unity on what copyrights should be, taking into account the work of painters, musicians and authors. (However, the United States did not enter the convention until 1989.) 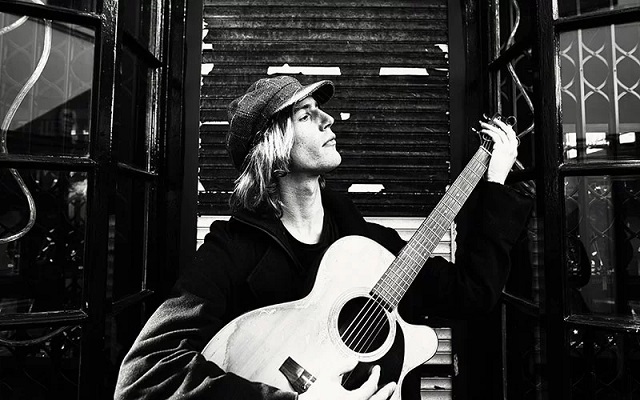 In the past, it often required the skills of multiple artisans to craft a musical instrument. And though the best are still made by traditional methods, mechanized processes have allowed countless people to take up an instrument.

The democratization of music would also encourage the emergence of new genres like ragtime, folk, blues, country and jazz. These forms all used the piano to varying degrees, but the guitar was steadily rising in prominence, in part because it was significantly cheaper (and more portable) than even the most efficiently produced piano.

Everything changed again in the 1930s when George Beauchamp invented the electric guitar. Because Beauchamp and business partner Rickenbacker patented their design, their company had little competition until the early 1950s. By that time, the heavier sound produced by the Gibson Les Paul (1952) and Fender Stratocaster (1954) made them ideal for electric blues, R&B and a then-fledgling subgenre called "rock 'n' roll." Les Paul also designed the prototype for what became Gibson's flagship guitar and was responsible for early experiments in multitrack recording — without which, recorded music as we know it would not exist. And he always made sure to patent his creations.

The late 20th and early 21st centuries are distinguished in music history as much for new instruments as they are for new ways of recording and listening to songs.

On the instrument front, creations like the Moog synthesizer and Musical Instrument Digital Interface (MIDI) gave keyboard players the freedom to craft virtually any sound they could imagine. Similarly, the Roland TR-808 drum machine, though initially a flop, helped form the foundation for hip-hop and countless electronic music genres.

As far as recording goes, the flexibility granted by multitrack recording was eclipsed by the functionality of software packages like Pro Tools and its successors, which give home musicians most of the capabilities of professional studios. And after decades with few playback options besides vinyl disks, a flurry of inventions — cassettes, CDs and MP3s, as well as the portable players for these new media — would give music listeners greater choice and access. These days, smartphones are the primary listening device for many, but even this would not be the case if not for the invention of MP3 files and iconic players like the Apple iPod.

Music touches countless facets of our lives, and so it is only natural that IP would have a silent but crucial part to play. Contact Dennemeyer's experts today for the patents, copyrights and other IP protections your musical innovations need to rock the stage.