On 8th October, 2019, President Muhammadu Buhari (the President) presented the 2020 budget proposal at a joint session of the National Assembly. The budget was accompanied by the Finance Bill which the President also presented to the National Assembly for consideration and passage into law. The budget seeks to achieve a 7% increase in the Federal Government revenue from the estimated revenue for the 2019 fiscal year while the Finance Bill proposes an increase in value added tax (VAT) rate from 5% to 7.5%.

The budget, which is described as a budget for sustaining growth and job creation, is based on an estimated oil price benchmark of US$57 per barrel, daily oil production estimate of 2.18 million barrels per day (mbpd) and an exchange rate of N305 per US Dollar.

The President, while presenting the budget, disclosed that the 2020 budget is based on the proposed increase in VAT rate. Consequently, the Finance Bill will have to be passed into law by the National Assembly to give effect to the proposed increase in VAT rate. The President also revealed that the Finance Bill contains some notable provisions such as:

The estimated revenue proposed by the Federal Government for the 2020 fiscal year vis-à-vis the revenue estimation for 2019 is summarized below: 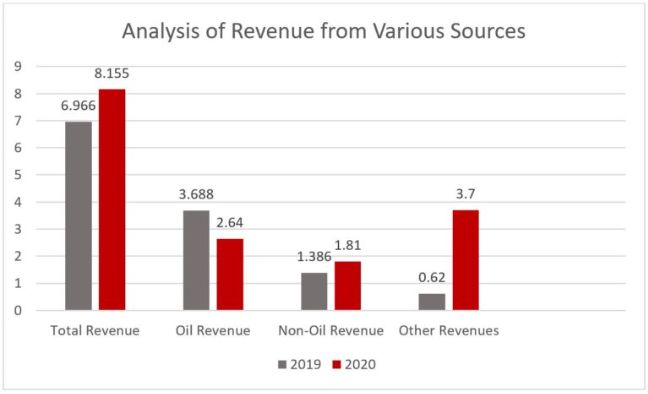 The 2020 budget proposal is hinged on a proposed VAT increase as contained in the draft Finance Bill. While the budget speech sets out an increase in the scope of exempted goods under the VAT Act, the items listed as exempted are mostly basic food items which are already exempted by the VAT Act and specifically included in the Federal Inland Revenue Service's circular as exempt from VAT.

The Bill also proposes to create a threshold for VAT registration by excluding small and medium businesses with less than N25 million annual turnover from VAT registration. While this would reduce VAT compliance burden for small and medium businesses, the government will need to create a workable methodology for monitoring businesses that are actually within the threshold for registration, otherwise, it may occasion loss of revenue for government.

We will continue to monitor developments on the budget and provide more information on the proposed budget and the Finance Bill in our subsequent publications.