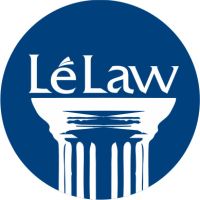 "Investors, listen up. There is money to be made from mining in Nigeria." - Wole Famurewa, 'A Fortune Under Our Feet', Forbes Africa October 2011, p.84

January, 2004: Wole Obayomi, my boss at KPMG's Tax and Business Regulatory Services Group had written on an article that he shared with us: "Guys, when you read this, you will understand why our solid minerals sector, which is otherwise a gold mine, has not taken off." The article, The Mining Act of Tanzania: Why is it a Success Story? By Mwanaidi S. Majaar, which chronicled sectoral policy reforms, appeared in South Africa's Trader's Magazine (Nov 2003 - Feb 2004 edition).

Subsequently, and amongst other initiatives (space constrains their discussion), Nigeria enacted her Minerals and Mining Act No.50 of 2007 (MMA), devoting Part II thereof to tax and fiscal incentives to catalyse growth in the sector. The Economist of 11/2/2012, citing Ernst & Young's African Mining Investment Environment Survey 2011 stated: "of the ten biggest mining deals to be completed last year, seven were in Africa". Despite the incentives in the MMA, none of the seven African deals was in Nigeria. Yet, "if it comes out of the ground in Nigeria, it must be good: lead, columbite, zinc, iron, ore and bitumen, you name it" (Famurewa). Although a former Minister had stated that "the government is also keen on following a strategy that would bring in the miners quickly: we have to be realistic about focusing on the most promising minerals" (http://www.nipc.gov.ng/miningnig.html), it is not looking like we will be playing in the big league anytime soon.

Elsewhere in Africa, The Economist stated: "Even as governments move to grab bigger slices of the cake, high prices mean the miners remain profitable." "Zambia's copper belt is in a jubilant mood .Foreign companies - the only ones with enough capital and expertise to do the digging - are ramping up production. Meanwhile, the government has increased mining levies. The extra money will be used to build much needed roads, hospitals and power stations." "Ghana, Africa's second -biggest gold producer, recently announced a review and possible renegotiation of all mining contracts to ensure that mining profits are 'maximised .. [for] the good of the country'.."

Headlines such as "mass lead poisoning from mining activities, Zamfara State" (in 2010) http://www.who.int/csr/don/2010_07_07/en/index.html reflected the state of our own industry, which is currently dominated by artisanal miners.

Prior to the MMA, section 36 CITA provided that "a new company going into the mining of solid minerals shall be exempt from tax for the first three years of its operation." This provision was introduced vide section 20, Finance (MTP) (No.3) Decree 32 of 1996. The operating mechanics (not specified) presumably meant that rules under the Industrial Development (Income Tax Relief) Act (IDTRA) would be applicable only to the extent necessary to give effect to section 36 CITA. This may be contrasted with provisions of the NLNG Act, which in addition to declaring the NLNG a "pioneer industry" and its products "pioneer products", makes the IDTRA applicable to NLNG.

The MMA has greatly improved on section 46 CITA (and also repealing same by implication), through detailed provision for tax and fiscal incentives for the mining sector. The headline provisions include: (a) section 24 - 95% accelerated capital allowances on expenditure, including on "all infrastructure costs incurred regardless of ownership and replacement." This incentive does not have time limitation and its beneficial impact would be felt after expiry of the tax holiday in (c) below; (b) section 25(1) - exemption from customs and import duties for machinery and equipment imported exclusively for mining operations (such equipment must be approved by the Mines Inspectorate Department), but disposal can only be upon payment of the duties; (c) section 28 - provides for a maximum five years' tax holiday , with a three year holiday in the first instance.

Renewal for two years is subject to conditions such as rate of expansion, implementation of lease conditions and Nigerianisation of personnel; (d) section 30 - tax deductible reserves for environmental costs provided that actual deductibility would be limited to actual spend and sum equivalent to the reserve account would be set aside for investment; (e) section 32 - provides for annual capital cost indexation, "whereby unclaimed balance of capital costs is increased yearly by five percent shall apply to mines starting production within five years from the date of enactment of this Act": (f) section 33 - Minister may defer payment of royalty on any minerals for any specific period, on the approval of the Federal Executive Council; (g) section 34 - establishes the Solid Minerals Development Fund (SMDF) to be utilised amongst others for: development of human and physical capacity, funding geo-scientific data gathering and management, and "provision of infrastructure in mines (sic) land". Unlike the Nigerian Content Development Fund in the oil industry (where 1% of all contract payments is a mandatory contribution), mining companies are not required to contribute to the SMDF.

Seeming incentives such as prescription in section 29 MMA that NIPC and Foreign Exchange Acts will apply to Nigerian solid minerals are unnecessary since those laws (on foreign investment guarantees and free repatriations of returns on investment, and capital upon divestment respectively), would have applied anyway, unless specifically excluded. Section 27 MMA on free transferability of funds is surplusage because it enshrines what has been the law since 1995 when NIPC and FEMMP Acts were enacted. Similarly, tax deductibility of pension contribution pursuant to Pension Reform Act (PRA) need not be in MMA to be applicable, since section 24 CITA safeguards deductibility of expenses wholly exclusively, necessarily and reasonably incurred. Section 24(2) MMA enables miners to deduct losses from assessable profits in subsequent years of assessment, subject to a four year loss carry forward limitation. The loss limitation itself is no longer the law, since section 31(a)(ii) CITA containing the rule had already been repealed by section 8 CITA, 2007.

An interesting point is that unlike "pioneer industries" under the IDTRA and section 39(1)(d) CITA gas utilisation incentives, there is no provision in the MMA for tax free dividends during the mining related tax holiday. Could this be an oversight or was deliberate because the government did not want to over-incentivize investment? This is more so that many African countries have, or intend, increasing government take (share of rent) from the sector.

Miners of minerals such as lead-zinc ores (by underground mining methods), barites and associated minerals, and marble may take solace from the fact that they are listed amongst pioneer industries. See: Schedule of Pioneer Industries & Products in KPMG's Investment in Nigeria (2008). Accordingly, they could opt for the incentive regime under the IDTRA if, pursuant to requisite financial modelling, they consider same more beneficial than the MMA regime. This flexibility may confer advantage on them, over fellow miners of other minerals. Such flexibility/ advantage may be moot in any event, because of the availability of accelerated capital allowances throughout the lifespan of mining operations and import duty exemptions under the MMA, which incentives are not available under the IDTRA.

It is also possible that pursuant to the Power Sector Roadmap Implementation Strategy, 'coal to power' may enjoy better fiscal treatment against 'gas to power', depending on the provisions of the Petroleum Industry Bill (PIB) that is eventually enacted.

It is apt to conclude with this view from the 'Mining in Nigeria' article on NIPC website "the biggest investment that Nigeria needs to make is in it's infrastructure. Without adequate power, roads and ports, the development of the mining industry is going to remain a pie in the sky". Per Famurewa: "Nigeria's shortage of electric power, rail lines and infrastructures makes an expedition into Nigeria less attractive to big global players." It is instructive that the E&Y Survey had stated (in respect of mining M&A activity): ".with West Africa emerging as the hotspot for investment" but "the following countries have been removed from this year's survey: Gabon, Madagascar and Nigeria. The key reason for their removal has been small growth in their mining potential." Not surprising, because 2010/11 edition of Canada's Fraser Institute's Annual Survey of Mining Companies in 79 jurisdictions did not cover Nigeria, although 13 African countries were covered.

Meanwhile, according to E&Y, Ghana "ranked seventh on the Global Mining and Metals [M&A] list of target countries in 2010" and "what drives decisions is infrastructures, ease of doing business and certainty on the cost structures and the regulatory environment." The February 2011 World Bank study, Increasing Local Procurement by the Mining Industry in West Africa, underlying how mining can be an engine of economic growth, only focused on Ghana, Guinea and Senegal.

Save for infrastructure, Nigeria would seem, (courtesy the MMA and post-mid 2000s initiatives of the Ministry of Solid Minerals Development (MSMD), some supported by the World Bank), not to rank too poorly on these indices? This may yet be illustrative of the theory that tax incentives is but a part of the picture in attracting investment. All hands should be on deck to reinvigorate the mining sector's contribution to improving the profile of Nigeria's non-oil tax revenues in particular and unlocking value to the economy, generally. This challenge must be confronted - of breaking the investment barrier in our mining sector, so 'investors will listen up'.