There is a new opportunity for investment in Nigeria's power sector. Authorities are looking to resell a 60% stake in at least five power distribution companies that have become insolvent. The risk outlook depends on an imminent political transition and ongoing changes in the economic climate as authorities review a 2013 privatisation programme. 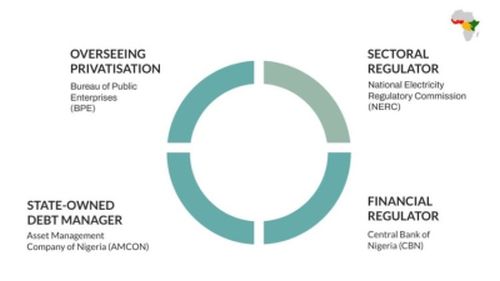 On 5 July, Fidelity Bank informed the Bureau of Public Enterprises (BPE) and the Nigerian Electricity Regulatory Commission (NERC) that it had moved to take over the following firms for insolvency.

This brings the number of insolvent distribution companies in the sector to five out of 11.1 A sixth company is currently on the brink and is being restructured by the Asset Management Company of Nigeria (AMCON).2 Finally, one other company was re-nationalised in 2019 after declaring a force majeure due to conflict in the northeast that it covers.3

These troubles typify the present state of the power sector nearly 10 years after the generation and distribution assets of the state utility were privatised. About two-thirds of power consumers in Nigeria are currently unmetered, bills issued for the supplied electricity are often unpaid and theft is rife because law enforcement is weak.4 These factors have been compounded by drastic economic changes that have occurred since private owners bought a 60% stake in the assets. Policymaking in response to a fall in petrodollar inflows has also stoked currency depreciation and inflation. This has raised costs for power firms to unforeseen levels and they have been relying on subsidies since the government first froze tariffs in 2016.

Today, President Muhammadu Buhari is serving out his final term as Nigeria prepares for a government transition. The political process for reprivatising the indebted firms should be understood in the context of the first round of privatisation about a decade ago. A transfer of power delayed the execution of reforms that were originally enacted in 2005, and when the assets were eventually put to a bid seven years later, they were won by entities backed by oligarchs who had little sector experience.

General elections are scheduled to be held in early 2023. Our risk rating for transfer of power and overall institutional stability is moderated by relations among political elite and their track record - Nigeria has had three peaceful transitions since civilian rule was restored in 1999. Still, political stability is undermined by remaining weaknesses in the election process5 and ongoing security developments relating to secessionism in the southeast and Boko Haram-linked banditry, mainly in the north.

Although the NERC allowed power firms to raise tariffs in 2020, broader economic reforms to improve the industry's health will mostly remain deferred as decision-makers focus on the upcoming elections. Power sector reprivatisation is not currently a priority for the outgoing Buhari administration. A new procurement deal with Siemens was the government's main attempt at reform, but progress has slowed since 2020 following the death of the president's powerful chief of staff who improvised the Siemens plan.

Therefore, and considering the precedent, intending investors should expect a higher level of political risk if efforts to resell the power distribution assets are accelerated before the impending government transition. The outgoing administration of Olusegun Obasanjo attempted to privatise refineries in 2007, and two were sold to Aliko Dangote just before a handover. The next president canceled the privatisation.