by DQ
DQ Advocates
Your LinkedIn Connections
with the authors
To print this article, all you need is to be registered or login on Mondaq.com.

DQ has announced the additions of Mark Emery and Alexander Armstrong to its leading Dispute Resolution department. Mark has joined the firm as an Associate Director, with Alexander appointed an Associate. 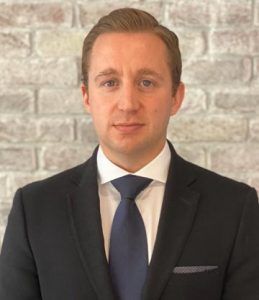 Since qualifying as a Manx advocate in 2012, Mark has regularly appeared at all levels of the Isle of Man High Court of Justice and practices a wide range of commercial litigation. He has experience in commercial disputes, corporate insolvency, banking litigation, applications for injunctive relief, enforcing foreign judgments and advising on contentious issues of employment, data protection and trust law.

Mark has also been regularly ranked by the Legal 500 and Chambers & Partners, and is a member of the IFG (previously known as the Fraud Network), a handpicked group of specialist fraud lawyers across the world which focuses on securing injunctions, asset recovery and trust busting remedies in key offshore jurisdictions.

Notably Mark has recently completed a long-distance master's degree in Corporate and Insolvency Law with Nottingham Law School, earning not only a distinction but also being awarded a prize for the best overall performance in the Law School.

Alexander joins DQ from another local firm following qualification as a Manx Advocate in 2017. Presently chairman of the Isle of Man Young Lawyers' Association, he has a diverse practice and experience in a broad range of commercial litigation with a particular interest in debt recovery, personal injury, insolvency law and fraud and asset tracing. 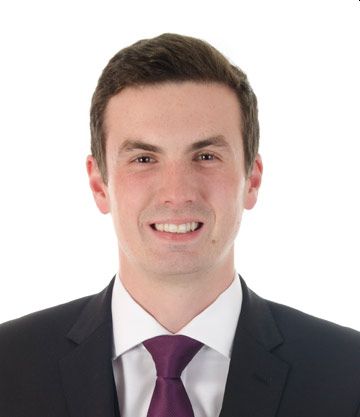 Alexander has also previously been awarded the Isle of Man Law Society's George Johnson Law Prize, winning the honour with an essay entitled "Will advocates and judges be replaced by computer-based services in the future?"

Leanne McKeown, Head of DQ's Dispute Resolution Department, commented on the additions stating: 'Mark and Alexander represent excellent hires. Each of them bring considerable skill and technical knowledge to DQ, strengthening further the firm's dispute resolution offering. DQ continues to build upon its strong workplace culture, fostering opportunities for learning and professional development. Our dedication in this regard, coupled with our reputation in the marketplace as a leading firm of advocates, has allowed us to recruit ambitious, high calibre advocates to the team, meaning we are even better placed to advise our clients on a full suite of litigation matters.'

Speaking about his appointment, Mark said: 'I am delighted to be joining the team. DQ has a first-rate reputation on the Isle of Man and I am hopeful I can play a part in growing the firm and adding to its first-class delivery of services to clients." Alexander added: "I am looking forward to a fantastic future at DQ and hope to play an important part in adding to DQ's culture of respect, excellence and integrity.'

ARTICLE TAGS
Isle of Man Litigation, Mediation & Arbitration Arbitration & Dispute Resolution
POPULAR ARTICLES ON: Litigation, Mediation & Arbitration from Isle of Man
Comparative Analysis Of ADR Methods With Focus On Their Advantages And Disadvantages
STA Law Firm
"The courts of this country should not be the places where the resolution of disputes begins. They should be the places where the disputes end ...
The Carlyle Case - The Final Chapter
Ogier
The Carlyle case arose from the collapse in March 2008 of a Guernsey fund called Carlyle Capital Corporation Ltd (CCC), which led to the loss of all of its $1bn of capital.
Without Prejudice – Understanding What It Means
Simcocks
Lawyers and non-lawyers frequently head communications with the phrase, "without prejudice".
Overview: Arbitration Proceedings In Nigeria
STA Law Firm
Trade is connected with the potential for strife, and the development of globalization in business implies that the potential for conflict has also developed exponentially.
Costs In Liquidation Proceedings – Does The Failure To Set Aside A Statutory Demand Subvert The General Rule That Costs Follow The Event?
Mourant
The British Virgin Islands (the BVI) insolvency regime provides for the issuance of statutory demands against BVI companies.
Private Funding Of Legal Services Act, 2020 – A New Age Of Litigation Funding In The Cayman Islands
Campbells
The passing of the Private Funding of Legal Services Act, 2020 (the "Act") sounded the death knell of the torts of maintenance and champerty in the Cayman Islands, ...
FREE News Alerts
Sign Up for our free News Alerts - All the latest articles on your chosen topics condensed into a free bi-weekly email.
Register For News Alerts
Article Tags
Isle of Man Litigation, Mediation & Arbitration Arbitration & Dispute Resolution
Related Articles
Snapshot: Freezing Injunctions In The Isle Of Man In Aid Of Foreign Proceedings DQ Advocates
Islanders Celebrate Heritage Day With Sunshine And Stories DQ Advocates
Appeal Time Limits In The Isle Of Man DQ Advocates
Equitable Mistake In The Isle Of Man After Oliver Simcocks
Costs In The Small Claims Court – What Is Recoverable? DQ Advocates
Mondaq Webinars
International Transfer Pricing Trends from a Swiss Perspective - Practical Tips and Lessons Learned
Tax Partner AG
Webinar Zurich Switzerland
Survival Kit for the Latest Trends in U.S Trade Enforcement
Braumiller Law Group, PLLC
Webinar Texas United States
More Webinars
Comparative Guides
Virtual Currencies
Mondaq Advice Centres
Global
Trademarks in SAARC Countries
Global
Investment Immigration
More MACs
Upcoming Events
Mondaq Social Media