Recent legal and regulatory developments relevant to the mortgage arrears crisis have included:

Both the Central Bank of Ireland and the Courts Service of Ireland have recently released the latest statistics on residential mortgage arrears and repossession for the fourth quarter of 2015. A number of key trends can be observed:

In its Spring 2016 Quarterly Economic Commentary, the Economic and Social Research Institute also noted that, at the end of 2015, the number of mortgages in negative equity had fallen to below 100,000 for the first time since 2008 (to 99,950). 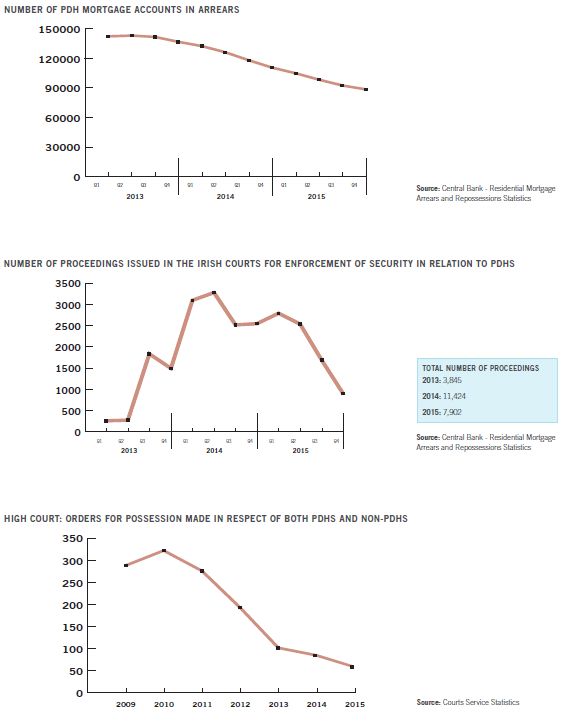 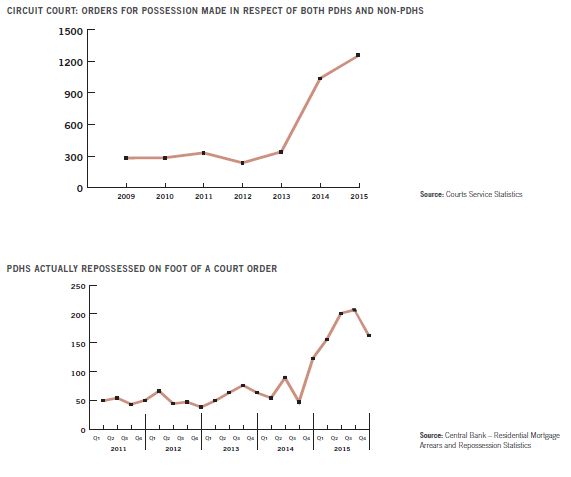 1 For further details on these cases, see our 2015 briefing (Breaking the Code: Failing to comply with the Code of Conduct on Mortgage Arrears)