It's not every day, we hear stories of young kids dreaming about building computers and becoming entrepreneurs. At the age of 12, a boy created a video game and sold it to a computer magazine, and today he has become a celebrity engineer and industrial designer known to all as Elon Musk. Elon Musk believes that it's about time humans started colonizing the other planets. This inspired him to reduce space transportation costs and make affordable rockets. With this goal in mind, Elon Musk founded SpaceX in 2002. In 2004, he became a major funder for an electric car company now known as Tesla. He also founded The Boring Company, an infrastructure, and tunnel construction services company currently working on a loop intracity transit system project known as the Hyperloop, which if implemented can convey people or objects at an airline or hypersonic speeds, it may also reduce travel times compared to train and airplane travel. Elon Musk has also co-founded OpenAI, which develops friendly AI in a way that benefits humanity as a whole.

With such diverse companies and their out of box projects, Elon Musk had already taken the world of technology by storm. In 2016, he also co-founded Neuralink, a neurotechnology company that develops implantable brain-machine interfaces. It's as if Elon Musk's mission is to bring every science fiction movie to life and possibly turn humans into cyborgs. Sounds crazy but not as crazy as the things Elon Musk and employees at his four-year-old neuroscience company Neuralink have been up to. Musk acquired the trademark Neuralink from a couple of neuroscientists Pedram Mohseni and Randolph Nudo without them knowing that they were selling the trademark to Elon Musk. The duo had started working on the idea of brain chips but did not have sufficient funds to complete what they had started. Musk, on the other hand, did not have a problem with funds and could easily finish what they started.

In 2019, the company revealed a tiny microchip Neuralink V0.9 that could, theoretically, be implanted behind a person's ear with tiny threads containing electrodes. These threads are about one-twentieth of the width of a human hair. The chip is designed to be implanted directly inside the brain by a surgical robot. Not just that, the chip also has a wirelessly rechargeable battery that can last one full day. A coin sized part of the skull is removed for the implanting and giving access to the chip for charging and other procedures. The surgical process is said to take less than an hour and can be done without any anesthesia using a surgical robot. Neuralink claims that these electrodes fanning out into the brain cause no damage to the brain.

How does it work?

Human brain consists of billions of neurons interconnected like electrical wiring that communicate using small electric currents. For example, the movement of your fingers as you type on a keyboard started as an electric spike in your brain. These currents can be read and transmitted by an electronic chip as well, specifically the Neuralink V0.9. The chip is first trained by recording the brain wave patterns or the electric spikes generated in particular parts of the brain for performing specific activities. The chip then recognizes these patterns when the human thinks of performing the action and commands the destination to perform the action. These chips aim to cure blindness, paralysis, anxiety, etc. Although, the chip, the surgery, and the full cyborg experience will be expensive at first, but Musk says that it will eventually cost only a couple of thousand dollars.

At the release event of this chip, Neuralink also demonstrated an experiment where the chip was implanted into a pig's brain to show how it could sense the brain signals as the pig touched something with its snout. They could also estimate a walking pattern for the pig based on the brain waves. Musk also claimed that the chips would be ready to be implanted in human brains by the end of 2020. They first started the trials on monkeys, ancestors of humans. And in 2021, Neuralink released a video of a monkey that was playing a game using the chip implanted in its brain. In the video, the monkey was first made to play the game using a controller, the chip recorded the brain signals for the actions that the monkey made. The controller was then disconnected from the game such that the game was completely controlled via the chip. The monkey played the game normally using the disconnected controller showing that the chip was functional. This time Neuralink again claims that the chip will be ready to be installed in human brains by the end of this year. Inserting an electronic device in your brain sounds dangerous, even strange, Neuralink is therefore trying very hard to prove its safety.

Calling it a "Fitbit in your brain", Elon Musk surely undersold the chip and the possible applications. Neuralink said that they are currently focused on making medical devices. Some of the potential applications were listed by their team of engineers at an event:

This technology is revolutionary aimed at bringing unimaginable changes in human lives. Even though this technology is not something anyone could easily copy, before Neuralink announced their plans and the product publicly first in 2019, they had filed 13 patents to protect their invention. And before the second video in 2021, they filed 12 more patents. The patents cover the process of implantation, the process of real-time neural spike detection, the fabrication of the chip, the network-on-chip for neurological data and many more techniques and ways to process and apply neurological data. 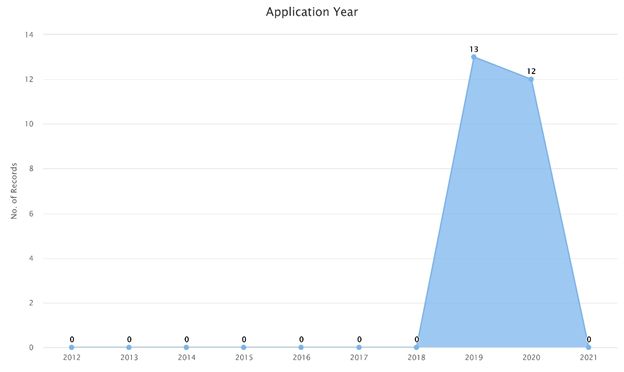 The importance of filing patents in the ever-evolving field of technology therefore cannot be overemphasized upon. Whether you are an investor, general counsel, researcher, inventor or CEO with an interest in technology – protecting and optimizing your IP portfolio is essential.

ARTICLE TAGS
India Intellectual Property Patent Trademark
POPULAR ARTICLES ON: Intellectual Property from India
Patent Infringements And Their Types
S&A Law Offices
Patent is one of the most important forms of Intellectual Property (IP). The term of a patent is typically 20 years from the Priority date of the application.
Internet And The Determination Of Jurisdiction In The Case Of Trade Mark Infringement
S.S. Rana & Co. Advocates
Internet has marked its presence in the commercial world in an unprecedented way. With businesses moving online to escalate their accessibility to a wider range of customers in the market, ...
Assignment And Licensing Of Copyright
S&A Law Offices
Copyright is a protection given to the creators of certain types of works as an acknowledgment to their intellectual input
A Study On: Novartis AG v. Union Of India
Khurana and Khurana
Intellectual property is an intangible form of property while a ‘Patent' is a subset of intellectual property.
Invisible Trademark Infringement: India's Standpoint
King, Stubb & Kasiva
Is your company's trademarked name being used as a keyword search for your competitors?
Foreign Intermediaries Having Servers Outside India Could Be Directed To Disclose Identities Of Infringers
AZB & Partners
In Neetu Singh and Anr. v. Telegram FZ LLC and Ors., the Delhi High Court (‘Court') held that Indian Courts can exercise jurisdiction over Telegram FZ LLC (‘Defendant 1')...
FREE News Alerts
Sign Up for our free News Alerts - All the latest articles on your chosen topics condensed into a free bi-weekly email.
Register For News Alerts
Article Tags
India Intellectual Property Patent Trademark
Similar Articles
Powered by mondaq AI
MATCH
41%
Machines Cannot Think, Or Can They? Photon legal
Related Articles
Swiss Military Trademark Case Khurana and Khurana
PhonePe vs DigiPe Khurana and Khurana
Can # Hashtags Be Protected As Intellectual Property In India? Legacy Law Offices
How To Protect Your Brand With Trademark Monitoring! Photon legal
"SWISS MILITARY" With Or Without + Cannot Be Registered In India – Rules The Delhi High Court Anand & Anand
Mondaq Webinars
Malta as an e-Money and Payment Services Centre
GVZH Advocates
Considering the Nigerian Start-Up Act & The Opportunities for Tech
Oake Legal
More Webinars
Comparative Guides
Alternative Investment Funds
Artificial Intelligence
Aviation Finance
Aviation Regulation
Blockchain
More Guides
Mondaq Advice Centres
India
Trademarks
India
Arbitration, Litigation and Conciliation
India
Insolvency
Global
Trademarks in SAARC Countries
More MACs
Curated Content
Fast Tracking Through The Patent Prosecution Highway In India
Obhan & Associates
Divisional Applications And Plurality Of Invention In India
Obhan & Associates
Do Scientific Publications Exempt Patent Applications From Anticipation?: The Indian Position
Obhan & Associates
Preparing For Invention Disclosure Meetings: A Guide For Inventors
Obhan & Associates
Patenting 3d Bioprinting In India
Obhan & Associates
Upcoming Events
Mondaq Social Media