India: The Rise Of Non- Fungible Tokens And Its Interplay With The Copyright Law

by Dipali Singh (Uttar Pradesh)
Khurana and Khurana
Your LinkedIn Connections
with the authors
To print this article, all you need is to be registered or login on Mondaq.com.

Have you ever imagined that a JPG file can be sold for a staggering amount of $69 Million? Astonishing, Isn't it? Well, this happened in a sale at Christie's where a digital artwork titled- everyday 5000 by Beeple set a record and was sold for 69 million dollars. This artwork is a collage of images that Beeple has taken every day since 2007, for a total of 5000 days straight.

Not just one, there are several other instances where digital artworks were sold for hundreds of thousands of dollars in the form of Non- fungible Tokens, popularly known as NFTs.

If you grew up on the early internet and are fond of memes then you will be amazed to know how your favorite memes are now being sold and monetized due to the recent NFT craze.

Do you remember this classic meme of the 'Success Kid'? 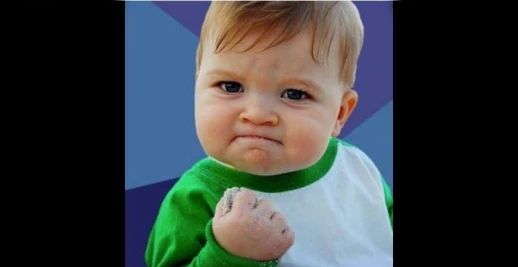 This meme of a toddler was sold for $32,355.75. Yes. Really! What a strange world! Another popular meme was of the 'Disaster Girl' 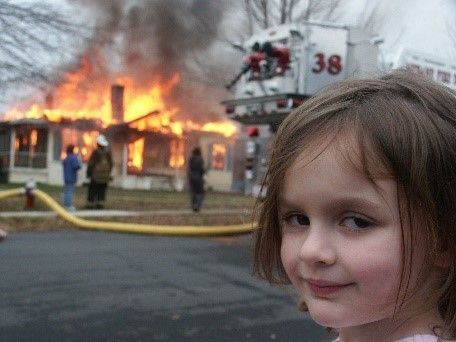 Now, you must be wondering what is NFT, anyhow? And what has made it so popular? Another question that pops up is that who owns the Intellectual Property Rights of these NFTs?

Simply, Non- Fungible Tokens a.k.a NFT is a digitized token or code representing real-life objects, like art, videos, music, etc. that is recorded on a blockchain and saved in the form of a link. They are bought and sold online with cryptocurrencies mostly Ethereum and are built with the same software programming as many cryptos like Bitcoin, Tether, etc. These tokens are like a certificate of ownership for virtual assets. The term "non-fungible" means one of a kind. Interestingly, NFTs can be used to record the ownership of almost anything such as digital art, music, films, games, tweets, and pornography. Blockchains play an important role in the creation of NFTs. They use cryptography to link blocks to a list of records which is further locked using a string of characters that identifies a set of data or a 'cryptographic hash' to a previous block. Two NFTs can never have an identical blockchain, nullifying the chances of imitation and copies of the original work.

Anyone can view these images online for free. But why people are spending millions on something they could easily download or screenshot?

It is because NFT allows the collector to own the original item and provides an authenticated built-in certificate of ownership too. It is a modern approach to investing in art. NFTs can be used by creators to expand their business opportunities as they can be used for selling unique copies of their works and for tracking and tracing ownership. This will ultimately help in anti-counterfeiting efforts.

The major difference between cryptocurrency and NFT is its non-fungible nature. Cryptocurrencies are fungible and can be exchanged or traded for another and will still hold the same value, for instance, one bitcoin is always equal to another bitcoin. On the other hand, NFTs can never be interchanged, adjusted, and never be stolen due to their unique blockchain and digital signature. Each non-fungible token acts as the certificate of authenticity, showing that an asset is unique and not interchangeable.

WHAT DO NFT BUYERS OWN?

Non- Fungible Tokens have opened many channels for discussion particularly concerning ownership, copyright, and the moral rights of an artist.

Now, if we talk about ownership, it is to be noted that owning an NFT means that the person owns a particular digital copy of that asset. It does not provide rights over every copy or version of the asset or the underlying asset itself that the NFT is representing unless the original copyright holder transfers such rights. As explained by NFT creator Anil Dash- "this means that when someone buys an NFT, they're not buying the actual digital artwork; they're buying a link to it."

NFT buyers have some basic rights such as to use that picture as their profile picture or upload it on their social media. Due to the non-fungible nature of NFT, the holder cannot reproduce the additional copies of the work.

The biggest question that arises due to the sudden boom of non-fungible tokens is that who has the copyright over it? And what are the remedies in case of infringement?

Many people think that owning an NFT is the same as owning the copyright to the work, although, that is not the case. Copyright always remains with the creator of the asset and only ownership of the specific copy of the asset is transferred to the NFT buyer. Let's understand this with the help of a scenario. Suppose you own a photograph autographed by your favorite celebrity. The way the photograph is signed makes it a unique asset like NFT. In this case, you are the owner of the unique autographed photograph, just like one would own an NFT, and the photographer who clicked this photograph would still be the holder of other copyrights subsisting in the photograph and he will be entitled to make duplicates, modify or create other derivatives of the said photograph.

Foremost, if a person is minting an NFT based on somebody else's work that is copyrighted then it is necessary to obtain permission from the owner of such work. According to the Copyright Act, 1957 only the true owner of the copyright has the right to reproduce, distribute copies or create derivatives of such work.

NFT holder is not entitled to the rights to distribute and earn royalties from such asset unless the artist explicitly grants copyrights in such asset to the holder of NFT through a contractual agreement.

The artist may assign the copyright in such work to the NFT holder either wholly, partially, or subject to certain limitations, for a fixed term. It is only after the assignment that the NFT holder will be considered as the owner of the copyright. This assignment of the Copyright should be made in writing and should include specific contractual terms between the author and the assignee. Another method through which a third party can use the NFT of an author is through licensing. It allows a third party to use the work of the artist without any transfer of ownership rights. This license defines the rights and obligations of both parties.

Non- Fungible tokens can be used effectively by artists and creators to secure as well as profit from their work. Artists can choose to release their creations as NFTs and encode certain clauses in the e-contract whereby the artist would receive a percentage of royalty every time the NFT of his or her creation is subsequently sold.

One more practical issue that needs to be addressed by NFTs is that, in today's digital environment, it is very easy to copy and produce duplicates of a digital file as many times as one wants. The internet is filled with such copies and counterfeits. Copyfraud can be defined as falsely claiming copyrights over a work existing in a public domain. If a person mints an NFT of work in the public domain by falsely claiming copyright over such work, then he can be held liable for copyright infringement or copyfraud as well as he will be infringing the original author's moral rights too. Presently, there are no particular laws relating to NFTs and the only remedies that are available to the creator of the work are under the Copyright Act. Section 51 of the Act lays down instances under which the copyrighted work is deemed to be infringed. The remedies include- seeking interlocutory injunctions and damages for copyright infringement. Section 55 of the Copyright Act provides remedies in the form of court injunctions and damages. Section 63 explains that any person who willingly infringes the copyright will be imprisoned for a period of up to three years and a fine of up to two lakhs will be imposed on the infringer. The major drawback is that these remedies would be effective if one refers to a physical counterfeit in a particular jurisdiction where the details of the infringer are known. In the case of NFTs, they are traded in crypto curries and have the potential to be completely anonymous. Many buyers use pseudonyms in NFT trading. Hence, without actual knowledge of the infringing entity/ person's identity, it would be an impossible task for the author to protect and enforce his/ her copyrights vis-à-vis the original work.

The Banning of Cryptocurrency & Regulation of Official Digital Currency Bill 2019

This draft bill was prepared in 2019 was scheduled to be tabled in the parliament in 2021 which the government withheld to discuss later on. According to this bill, any direct or indirect dealings in digital currencies will lead to criminal penalties, and imprisonment of up to 10 years.

The Reserve Bank of India also issued a notice in 2018 prohibiting dealings in digital currencies. Aggrieved by this decision, entities like the Internet and Mobile Association of India which operates online crypto-assets exchange platforms filed numerous petitions.

A three-judge bench of the Supreme Court held to set aside the notice on the ground of proportionality. The Apex Court ordered that in the absence of any legislative ban on the buying or selling of cryptocurrencies, the Reserve Bank of India could not impose restrictions on trading in these currencies. The court realized that imposing such limits would interfere with the fundamental right to carry out any trade that is deemed legitimate of the citizens.

NFTs are in vogue these days. But will they fade away eventually? This question has no specific answer right now. Nobody knows how sustainable the NFT model is in terms of protection and ownership of copyrighted work. Many questions are yet to be answered. For instance, if the original work gets destroyed then what will happen to NFT? On one side, NFTs may help in preventing counterfeits but on the other side, there are numerous risks associated with it like false ownership claims, uploading somebody else's copyrighted work without permission, etc. At present, there are no strict laws and checks to prevent copyright infringement concerning NFTs. The need of the hour is to implement potential laws that could assist in determining the authenticity of the underlying asset. Among the general public, there exists a lack of awareness and knowledge regarding these digital currencies. This needs to be addressed too. To conclude, it can be asserted that NFT trading raises a lot of intellectual property issues and to check its misappropriations it is necessary to implement global guidelines based on pre-existing Intellectual Property laws and treaties. This will eventually protect the moral as well as commercial rights of the creator.