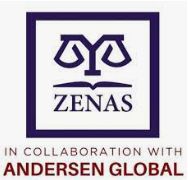 Zimbabwe: The Law On Guardianship, Custody And Access In Zimbabwe

Guardianship of children born inside wedlock in Zimbabwe under general law: an overview

Further, the concept of guardianship and sole guardianship are two different issues. That is why they are governed by different sections under the Guardianship of Minors Act (Chapter 5:08). Guardianship per se is the paramount right exercised by the father of a child born inside wedlock in terms of common law and this is referred to as guardianship simpliciter. This right is subject to section 3 of the Act and the power of the court as the upper guardian of children.

In terms of Section 3 of the Guardianship of Minors Act (Chapter 5:08), a father whose guardianship simpliciter has not been challenged can exercise his rights in consultation with the mother of the child. The consultation duty imposed on the father by the law equally applies to parties who both married and divorced. Situations may arise where parents may disagree on what is best for the child, the Act is clear and it provides as follows,

"...and if a decision of the father on any matter relating to guardianship is contrary to her wishes and in her opinion likely to affect the life, health or morals of the minor to his detriment, the mother may apply to a judge in chambers, who may make such order in the matter as he thinks proper."

Sole guardianship is provided for in terms of section 4 of the Guardianship of Minors Act Chapter (5:08). This normally comes in play when parents of a child separate and can only exist by means of a court order. Either parent may on an application to the High Court be appointed a sole guardian to a minor child provided it would be in the best interests of the minor to do so. He is appointed to act alone without consultation with the mother as is provided for in section 3 of the Act. A parent granted sole guardianship may, unless the court has ordered otherwise, by testamentary disposition appoint any person to succeed him/her as a sole guardian. Therefore, a child/minor can have a testamentary guardian even when the other parent is still alive.

The father of a minor to whom the sole guardianship of the minor has not been granted shall not be entitled by testamentary disposition to appoint any person as the guardian of the minor in any other manner than to act jointly with the mother. He can only appoint a guardian to act not in consultation with the mother only if he has been awarded sole guardianship of the child by the court.

A testamentary guardian appointed through a will by a father who is exercising his guardianship simpliciter can only act in consultation of the mother and where the two disagree, the wishes of the mother will always prevail. However, in instances where the testamentary guardian deems the wishes of the mother to be detrimental to the life, health or morals of the minor, may apply to the High Court for directions, and the court may make such order regarding the matters in difference as it may think proper.

Custody of children born inside wedlock under general law

Custody deals with the daily care and control of the minor's person. The custodian parent will decide the school, church, place of residence etc for the minor.

Sole custody is the term used to distinguish sole custody one parent acquires by virtue of an order of court when the spouses are separated or divorced from the joint custody parties have when they are staying together.

Suffice to mention is that the parent who would have been given sole custody of the minor can through a will appoint a custodian and the principles that apply on guardianship equally apply.

Effect of an award of custody order

If the mother is awarded custody, the father still retains the guardianship of the child which he must exercise in consultation with the mother unless on order by the court declaring otherwise has been made as per the dictates of the law.

Award of custody to a third party

Sometimes the custody of a child whose parents are alive can be given to a third party but this is only done in exceptional circumstances- if there is harm or danger to the child's welfare. What a person making an application for custody ought to bear in mind is that the courts only look at what is in the best interests of the child and not the interests of the applicant.

Access is the right of a non custodian parent to see his/her child, spend time with the child be it over a weekend and holidays. The court normally gives an order as to how and when access should be exercised. An access order can be varied if the custodian of the child deems it improper for the minor to maintain contact with the non custodian parent. The determination will be made based on the best interests of the child.

Removal of child from Zimbabwe

A custodian parent may want to settle in another country and take the child with him/her. If the parents cannot agree or there is no consent from the other custodian parent, since this will also remove the jurisdiction of the court, the High Court will have to make a decision as the upper guardian of the child has to make a decision. The guiding principle is the welfare of the child concerned. The removal must be in the best interests of the minor child and not the interests of the parents involved.

Guardianship and custody of children born outside wedlock under common law

Under common law the father of a child born outside wedlock was just like any other third party whose only relevance was only considered when it comes to the issue of paying maintenance. The mother of the child inherently enjoyed the rights of guardianship and custody and the father would maintain a child maybe as by the order of the court without even seeing the child he is maintaining.

Presently parents of a child born outside wedlock now have equal rights when it comes to issues of guardianship, access and custody. This position can only be contested when it appears that it will not be in the best interests of the minor child that he or she be exposed to parental care of the child.

ARTICLE TAGS
Zimbabwe Family and Matrimonial Family Law
POPULAR ARTICLES ON: Family and Matrimonial from Zimbabwe
How To Take Over The Property Of Someone Who Has Died
Lex Artifex, LLP
If someone has died leaving behind money in the bank, landed properties or personal belongings, and you want to take over these assets, or want to administer, manage, distribute, or sell off the assets;...
Overview Of Statutory Marriage In Nigeria
Resolution Law Firm
The Marriage Act is the primary legislation that provides for the celebration of marriage in Nigeria.
Divorce Laws And Process Of Divorce In Nigeria
Resolution Law Firm
The divorce laws and the process of divorce in Nigeria are topical issues for any person contemplating a divorce in Nigeria.
Understanding The Process Of Obtaining Grant Of Probate And Letters Of Administration At The Probate Registry (The Lagos Example)
S.P.A. Ajibade & Co.
In Lagos State, as in other States in Nigeria, the Probate Registry, under the supervision of the High Court, has the exclusive jurisdiction to issue grants of probate...
Grounds For Divorce In Ghana: - The Basics
Legalstone Solicitors LLP
The Matrimonial Causes Act, 1971 (Act 367) governs the current law on divorce in Ghana. The law provides that, a petition for divorce may be presented to the court by either party to a marriage.
After Obtaining A Grant Of Probate Or Letters Of Administration, What Comes Next?
S.P.A. Ajibade & Co.
The Interpretation Section, Part 1 of the Administration of Estates Act of Lagos State defines Administration
FREE News Alerts
Sign Up for our free News Alerts - All the latest articles on your chosen topics condensed into a free bi-weekly email.
Register For News Alerts
Article Tags
Zimbabwe Family and Matrimonial Family Law
Related Articles
Divorce ChimwaMurombe Legal Practice
Deceased Estates ChimwaMurombe Legal Practice
Spousal Maintenance After Divorce In Zimbabwe (Video) ChimwaMurombe Legal Practice
Wills Writing In Zimbabwe (Video) ChimwaMurombe Legal Practice
The Custody Rights Of Fathers Regarding Minor Children In Zimbabwe ChimwaMurombe Legal Practice
Mondaq Webinars
International Transfer Pricing Trends from a Swiss Perspective - Practical Tips and Lessons Learned
Tax Partner AG
Webinar Zurich Switzerland
Survival Kit for the Latest Trends in U.S Trade Enforcement
Braumiller Law Group, PLLC
Webinar Texas United States
More Webinars
Comparative Guides
Trademarks
Mondaq Advice Centres
Global
Trademarks in SAARC Countries
Global
Investment Immigration
More MACs
Upcoming Events
Mondaq Social Media