China: Can Non-Humans Be Inventors?

by Jared Han
Kangxin
Your LinkedIn Connections
with the authors
To print this article, all you need is to be registered or login on Mondaq.com.

The Chinese Patent Law was enacted in 1984. In 1984, we could neither predict today's development of science and technology, nor could we predict that artificial intelligent software might accomplish invention-creation independently, without relying on humans. Although with the development of society, the Patent Law has been continuously revised many times since the enactment, the essence has not changed in many aspects, for example, the requirements for the patent applicant, the patentee, and the inventor have not changed substantively.

However, it appears that there are actually inventors that are not human beings. See, for example, the inventors of the following two patents. 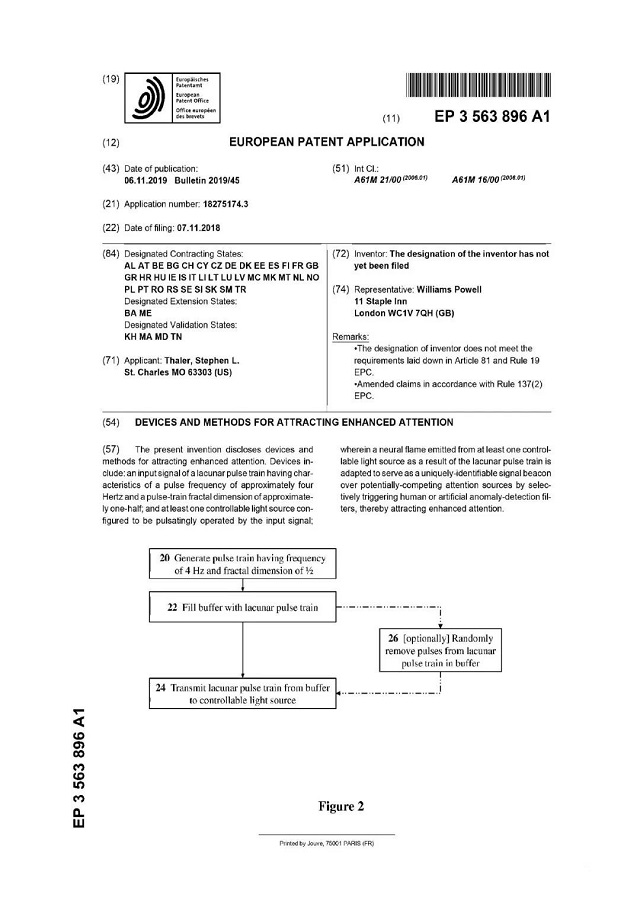 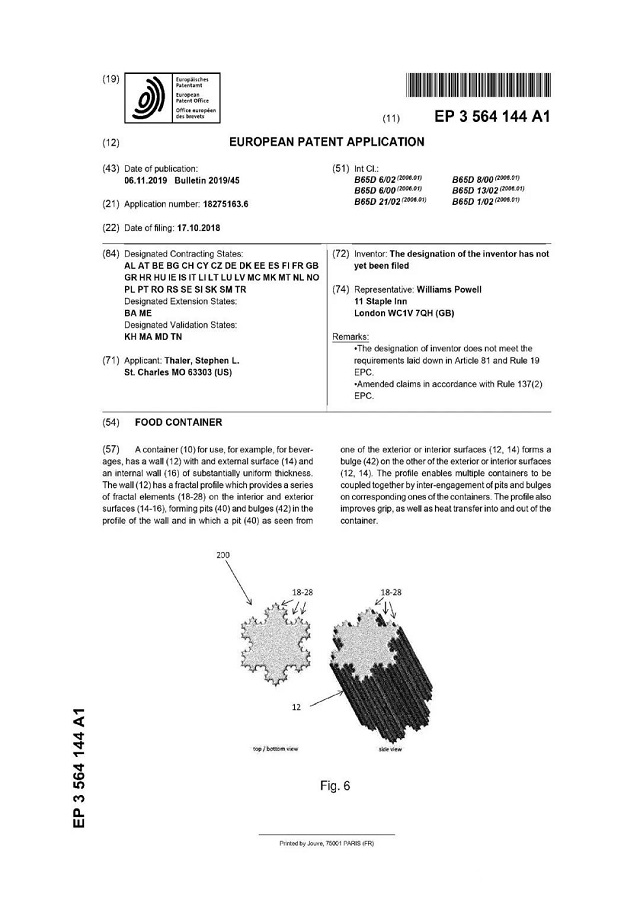 Inventor: The designation of the inventor has not yet been filed.

Remarks: The designation of inventor does not meet the requirements laid down in Article 81 and Rule 19 EPC.

One of the inventors of EP18275163 and EP18275174 is DABUS. DABUS is a neural network model created by Stephen Thaler and is a type of artificial intelligence software. Simply speaking, DABUS is not a human being.

A food or beverage container comprising:

a wall defining an internal chamber of the container, the wall having interior and exterior surfaces and being of substantially uniform thickness;

wherein the wall has a fractal profile with corresponding convex and concave fractal elements on corresponding ones of the interior and exterior surfaces; and

wherein the convex and concave fractal elements form pits and bulges in the profile of the wall.

Reading patent claims in a second language might be difficult for anyone no matter how proficient their language level, even when the inventor is artificial intelligence software!

If you find the above English Claim too brain-burning, you can get the Chinese translation easily with the help of PremiWord, an artificial intelligence translation engine which focuses on patent translation (http://www.PremiWord.com.cn/) 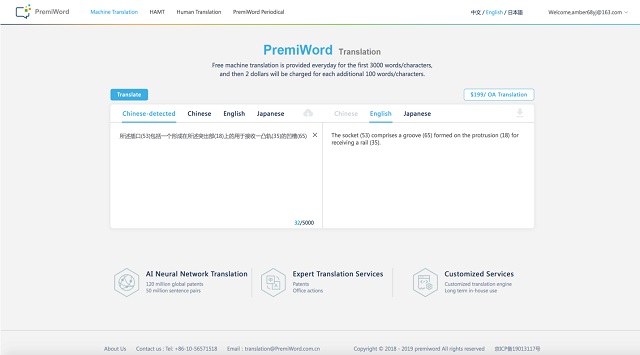 It can be seen that the patent relates to a novel container, and the other patent relates to a light source. You can try to translate them yourself if you are interested. This shows that the two patents are not related to each other technically. What extraordinary creativity DABUS has!

Unfortunately, the European Patent Office considers that non-human inventors are not in line with their current regulations. Therefore, the two applications were rejected.

In the following, we will discuss whether DABUS can be an inventor or a patentee.

A patentee is an individual, enterprise or other type of organization which has a patent right. The use of the patent right can profit the patentee. Simply speaking, the patentee can make money through the use of the patent right. Assume DABUS is the patentee, it does not know how to spend money. Even if DABUS can be a patentee, the money earned by it will ultimately be given to its owner. In this case, it is better and makes more sense to directly let the owner of DABUS be the patentee. However, it is certainly possible that one day DABUS could make and spend money, and at that time, it would make sense to let DABUS be a patentee.

An inventor can be interpreted to have the right of authorship. The patent document, as a special document, records the history of development and progress of science and technology. In the record of history, it is better to record who indeed invents the technology involved in the patent. Therefore, there is no problem to record DABUS as an inventor, which indicates that the technology was researched by a machine rather than a person, and also provides valuable wealth for future research on machine consciousness. Generally speaking, DABUS can be an inventor.

In this regard, the same is true with a monkey taking a photograph.

The photo below is a selfie taken by a monkey which snatched the camera from the photographer. It was ultimately determined by the court that no one can enjoy the photo's copyright. That is because intellectual property ("IP" for short) is intangible property created by human intelligence. Note that the key word here is "human", that is, an object created by animals has no intellectual property. 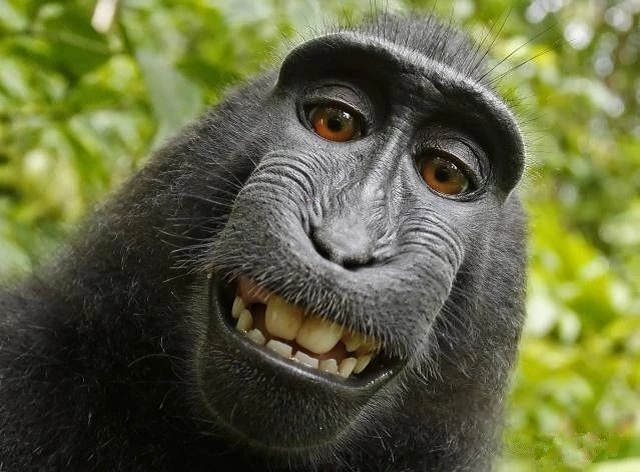 Although no one has the copyright of this photo, everyone knows that the author is the monkey. That is to say, this monkey can be an author.

By the same reasoning, DABUS can also be an inventor.

However, it is also prescribed in Implementing Regulations of the Chinese Patent Law that an inventor can be awarded.

Rule 77: Where the entity to which a patent right is granted has not entered into a contract with the inventor or creator on the manner and amount of the reward as prescribed in Article 16 of the Patent Law, nor has the entity provided it in its rules and regulations formulated in accordance with the laws, it shall, within three months from the date of the announcement of the grant of the patent right, award to the inventor or creator of a service invention-creation a sum of money as prize.

DABUS cannot spend money, as mentioned previously, and if the patentee does not provide an award, DABUS would not start proceedings in court. So there is no problem in this regard.

To sum up, the development of artificial intelligence brings about new opportunities to many fields, and also presents many problems as well. Humans in the field of intellectual property had better to prepare to meet the challenges.