The Minister for Financial Services and Commerce, the Hon. André Ebanks, recently engaged in a number of positive and substantive meetings with decision-makers within the UK and the EU on a range of matters important to the jurisdiction's interests and reputation, such as financial services and climate change.

The meetings took place around the attendance of the Minister, and His Excellency, Governor Martyn Roper, at the ninth Joint Ministerial Council (JMC) in London the week of 15 November.

"I'm grateful for the opportunity to converse with these representatives on the commendable work Cayman is doing to not only tackle global climate change, but also to contribute positively to the international fight against illicit financial flows, and all forms of organised crime", Minister Ebanks said.

Discussions with Minister Milling covered a number of matters, with a focus on the connection between financial services and global climate mitigation and adaptation efforts, specifically as it relates to Cayman's recently announced Commonwealth Climate Growth Fund.

It should be noted that Minister Ebanks also highlighted the fund during JMC to Lord Goldsmith, the UK Minister for the Pacific and the International Environment.

Thereafter, Minister Ebanks had meetings with several other EU officials regarding Cayman's financial services industry and the evolving international tax standards, including a virtual discussion with the cabinet of the EU Commissioner for the Economy, Paolo Gentiloni.

In addition to the aforementioned meetings, Minister Ebanks made time to attend a Friends of Cayman reception in London, which featured a number of attendees including former Cayman Islands Governor, John Owen, as well as current UK parliamentarians.

Attached are two photos from the meetings, the captions are as follows: 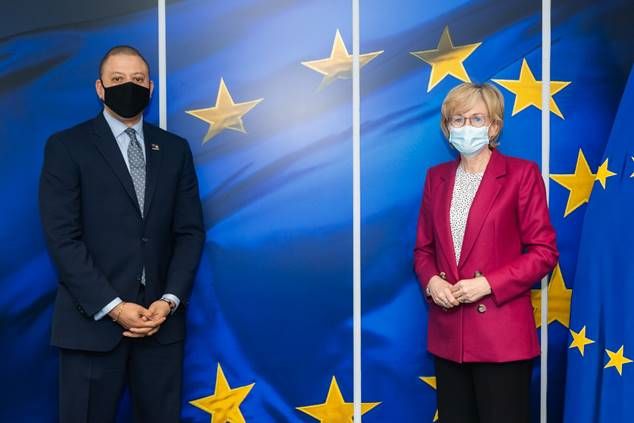 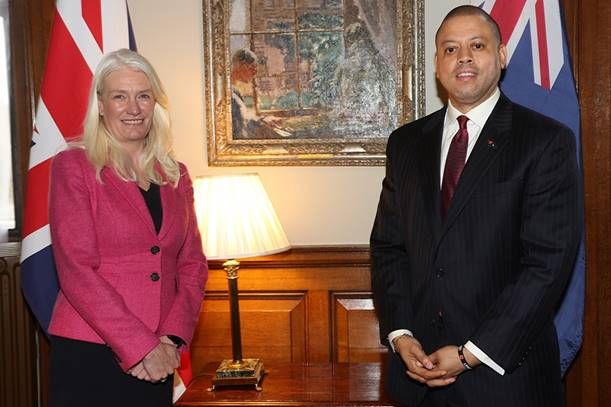