Canada: What Is A Patent Worth? Look To The Claims

A patent provides its owner with a monopoly over an "invention". This can be a powerful right, but many people who are new to the patent system may not understand what this really means. This article explains how the scope of a patent's monopoly is defined – that is, what rights a patent actually provides. 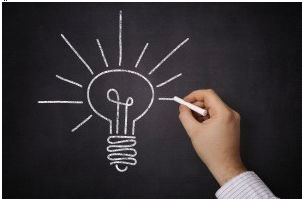 A patent provides an exclusive right (i.e. a monopoly), within the particular country in which the patent is granted, to make, use, or sell the patented invention. The "patented invention" is defined by the "claims" of the patent. Each claim is a precise description of an apparatus, method, system, etc. For example, consider claim #1:

1. A table comprising a flat surface supported by four legs

A broader claim is usually more valuable than a narrower claim. In the context of patent claims, "broader" means "reciting fewer features". This is counterintuitive to many people who are new to the patent system – a claim that has fewer features actually provides more protection! For example, consider claim #2:

Claim #2 is like claim #1, except that it has an additional limitation – the legs of a competitor's table must also be cylindrical in order for the table to infringe the claim. If a competitor makes a table with a flat surface supported by four rectangular legs, that table will infringe claim #1 (which says nothing about the shape of the legs), but not claim #2. This shows that claim #1 really is broader than claim #2.

Broader claims are generally more valuable because they cover more possible versions of the patented apparatus, method, system, etc. Clearly claim #1 would be much more valuable than claim #2. For this reason, an inventor should seek to obtain claims that are as broad as possible while still complying with the basic legal requirements for valid claims. Some of these requirements are discussed briefly below.

The two requirements for valid claims that are usually most significant to an inventor are "novelty" and "inventiveness" (sometimes called "non-obviousness"). A valid patent claim must be both novel and inventive with respect to the "prior art", which includes all information, anywhere in the world, that was publicly available on the filing date of the patent application. The prior art includes much more than old patents – it includes blog posts on the Internet, academic journal articles, obscure manuscripts, verbal disclosures, and so on. In many cases, it even includes information that was disclosed by the inventor; for this reason, it is very important that an inventor keep his or her invention confidential before filing a patent application.

If any one piece of prior art discloses all the features of a claim, that claim is not novel. (Note that example claims #1 and #2 are clearly invalid, since there is at least one piece of prior art out there that describes a table!) A claim is not inventive if the thing that it claims would have been obvious at the time the application was filed. A valid claim must include enough features to be both novel and inventive with respect to the prior art, but every additional feature in a claim reduces its breadth. Therefore, the breadth of a claim depends on the nature of the prior art.

In conclusion, the invention of a patent is defined by the claims, and the scope of the claims depends on the nature of the prior art. Reviewing the prior art is a vital first step in the process of patenting an invention