It has been reported that a Victorian man was sentenced to a full term of eight months in prison, with a minimum term of three months, after pleading guilty to offences related to organising yesterday's anti-lockdown protest in Sydney.

According to police, 29-year Anthony Khallouf was arrested earlier this week and pleaded guilty in Hornsby Local Court on Friday to four counts of not complying with a notice direction under the Public Health Act, and one count each of encouraging the commission of an offence and making a false representation resulting in a police investigation.

Police say Mr Khallouf is an outspoken critic of COVID-19 related lockdowns and was heavily involved in the planning of yesterday's protest.


About a thousand protesters attended the Sydney CBD yesterday, despite being warned they would face a heavy police presence.

The presence of police was indeed strong, with an estimated 1500 officers, including members of the Public Order and Riot Squad, converging "to disrupt, prevent and respond to any unauthorised protest activity." 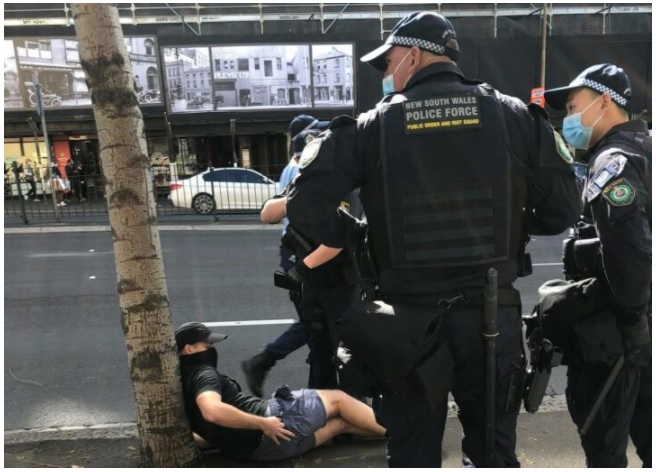 Police had also warned taxi companies and Uber drivers they could face a half a million dollar fines if they were caught taking passengers into the city without them having a valid reason to be there, such as essential work or urgent medical care.

Police helicopters circled in the skies during the protest, and groups of officers converged on and arrested many who were in attendance. 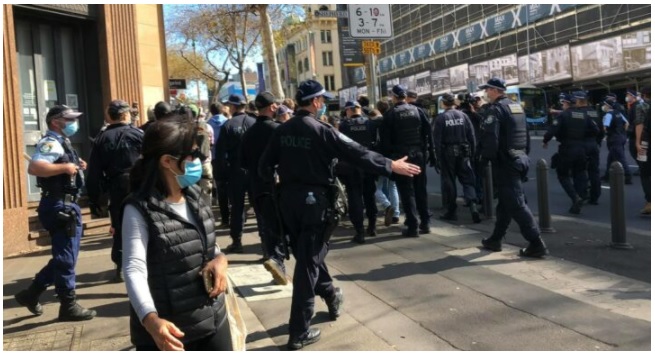 The mainstream media reported that 'clashes' had occurred between the police and protesters, but those who were present tell a very different story – including a number of people who observed officers tackle an elderly man to the ground despite the fact he did not appear to be part of the demonstration.

There were several other reports of protesters being rushed by hoards of officers and tackled to the ground, before they were taken away in police vans. 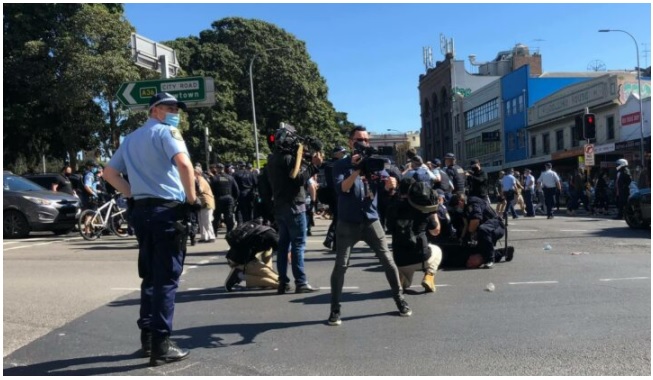 The mood amongst protesters was mixed – but all of those who attended had one thing in common – a desire to publicly express their opposition to the state government's decision to keep Greater Sydney in a protracted lockdown with no clear end, as well as their concerns about ultimately making COVID-19 vaccines mandatory for anyone who wishes to return to a semi-normal life. 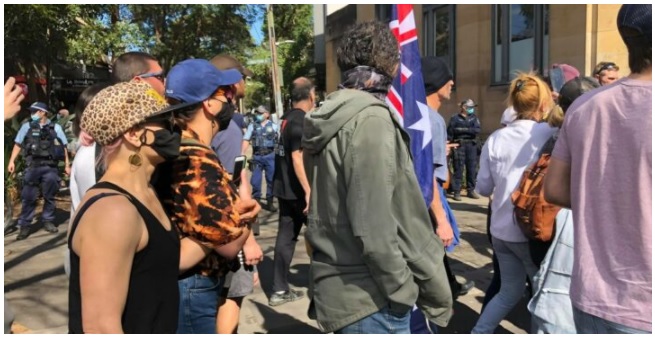 It has been reported that 47 people were arrested and 261 received infringement notices for allegedly failing to comply with a public health order.

Those arrested and charged face a maximum penalty of six months in prison and/or an $11,000 fine, while the fine for those receiving infringement notices was recently increased from $1,000 to $5,000. 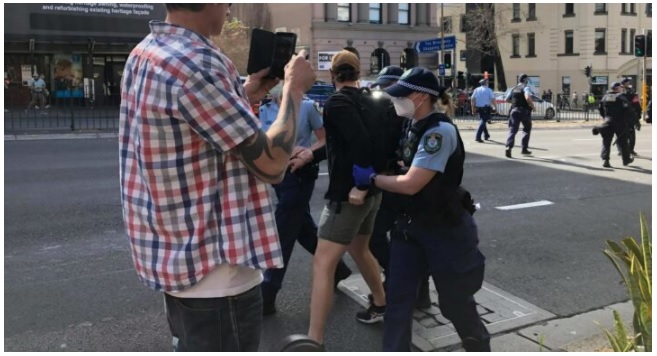 The event appears to have caused tensions between an already-polarised nations – with some seeing prolonged lockdowns, increased restrictions and 'no jab, no job' measures as an unjustified infringement upon civil liberties, while others see them as the only way to reduce the spread of COVID-19 and keep people safe.

The nation appears to be at loggerheads, with strong views about the present situation creating animosity between work colleagues, friends and even family members.


Premier Gladys Berejiklian recently announced that Greater Sydney's lockdown will be extended until at least the end of September and a raft of new restrictions — including a curfew — will be introduced, despite the fact there's little evidence to suggest that dictating an entire population's 'home time' is actually effective in stopping the spread of the virus.

In these Local Government Areas (LGAs) people may only exercise outdoors for one hour per day from Monday.

It will be mandatory for everyone across the state to wear a mask while outside their home from midnight on Monday, unless they are exercising.

The Premier described the new restrictions as "final measures" because vaccines take some time to 'kick-in' and offer protection, although there is still great debate about whether they are actually completely effective against the Delta variant of the virus.


Meanwhile, an inquiry is currently being conducted by the NSW Parliament Public Accountability Committee into the NSW Government's Management of the COVID-19 Pandemic.

It is hoped the measure will New South Wales residents with information that will lead to better management of the current situation, so we can all have a semblance of normality sooner rather than later.